Mitakeumi defeated fellow overnight leader Abi at the New Year Grand Sumo Tournament on Friday to move back into a two-way tie atop the leaderboard with lone yokozuna Terunofuji.

The three championship rivals started Day 13 deadlocked at 10-2 after both Terunofuji and sekiwake Mitakeumi had suffered upset losses the previous day, allowing No. 6 maegashira Abi to join them on the top rung. 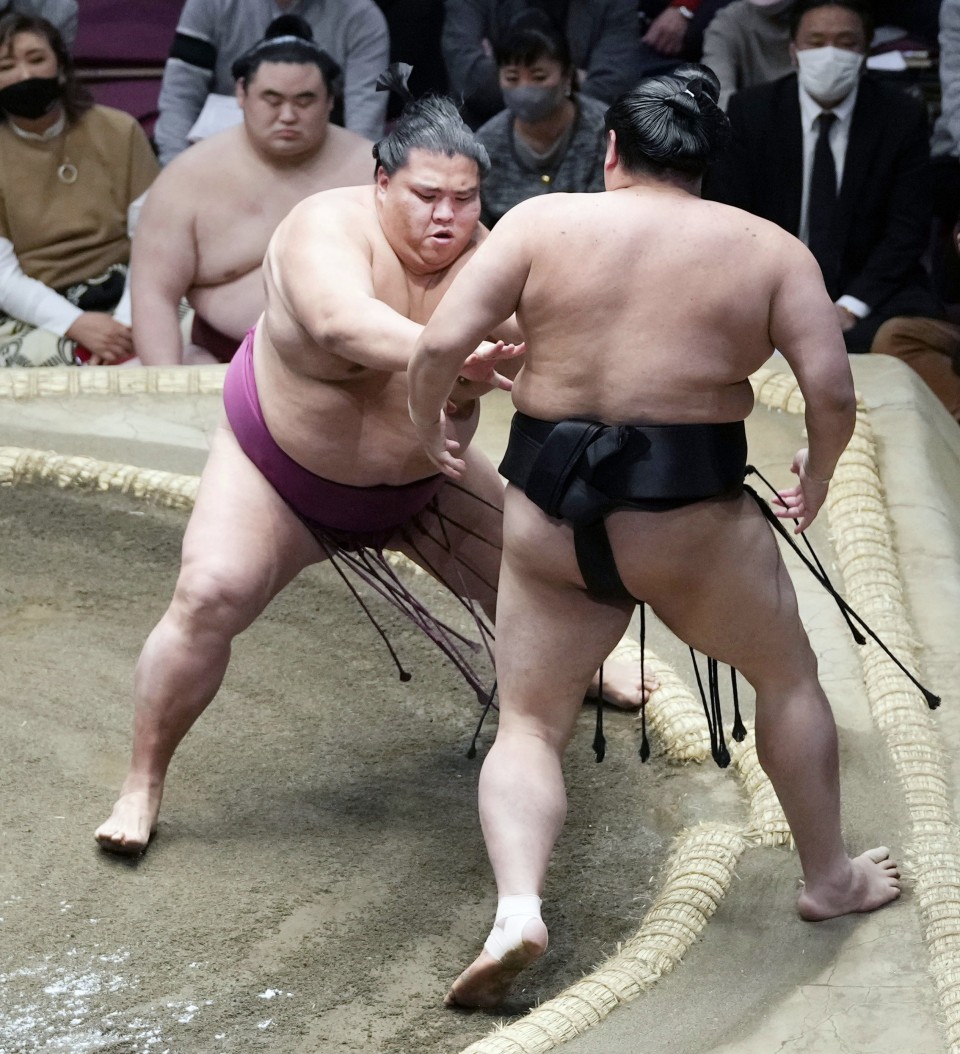 But the leading pack was pared back to just two at Ryogoku Kokugikan after Terunofuji overpowered sekiwake Takanosho following the battle between the other front runners.

In the day's most anticipated bout, Mitakeumi (11-2) stayed low and positioned himself strongly to push out Abi (10-3), who is making a title challenge for the second straight tournament following his return to the top division.

Former komusubi Abi, who had been suspended for breaking the sport's coronavirus safety rules, opened strongly with his trademark thrusting attack. But after weathering the initial storm, the sekiwake established himself on the inside and pushed his way to a convincing win.

Fighting for his third straight championship, the Mongolian-born titan snared Takanosho's belt and right arm at the jump, giving him no chance to resist being quickly forced out.

Terunofuji will face Abi on Saturday before a likely matchup against Mitakeumi on the final day of the tournament.

Ozeki Shodai (5-8) took his critical eighth loss of the meet against No. 5 Onosho (9-4) and will start the next tournament as a demotion-threatened "kadoban" ozeki.

Fresh off his impressive victory against Mitakeumi, former komusubi Onosho won the opening clash with Shodai and drove him backward before deciding the bout with a headlock throw.

Meisei (5-8) crashed back to earth following his big win, taking an eighth loss to No. 7 Takarafuji (9-4) that will see him return to the rank and file at the next meet. Joining him will be fellow komusubi Daieisho (5-8), who suffered his eighth defeat against No. 4 Hokutofuji (5-8).