Japanese Prime Minister Fumio Kishida said Tuesday he has given up on visiting the United States and Australia for in-person summit talks before the start of a regular parliamentary session in mid-January and will focus on the COVID-19 response at home instead.

Kishida said he had been seeking to meet with U.S. President Joe Biden and Australian Prime Minister Scott Morrison as he aims to step up summit diplomacy this year.

"In light of the domestic and overseas spread of the novel coronavirus, I have decided not to make overseas trips before the regular Diet session this month," Kishida said in his New Year press conference. 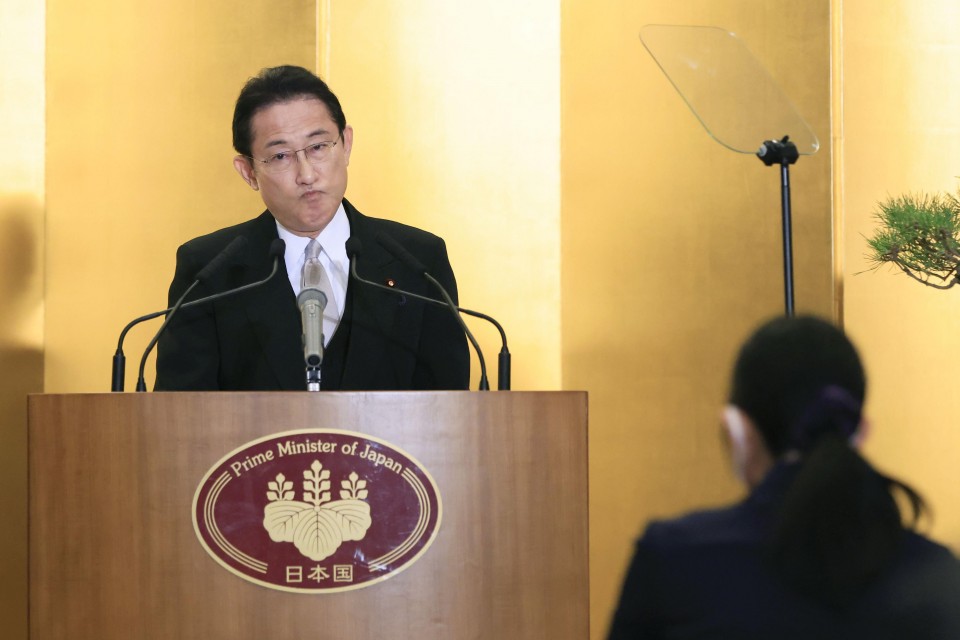 Kishida's meetings with the two leaders have been in focus as he seeks to enhance the bilateral alliance with the United States and has voiced eagerness to conclude the Japan-Australia Reciprocal Access Agreement.

The pact would enhance interoperability and collaboration between the armed forces of both countries amid China's growing military influence in Asia.

The number of novel coronavirus cases in Tokyo exceeded 100 on Monday for the first time in about three months, fueling concerns over a gradual rebound in infections in Japan with the spread of the Omicron variant.

Kishida said he will decide next week on whether to extend Japan's tight border control measures for preventing the variant from entering the country, which include a ban on new entries by foreign nationals.

"With the strict border control measures, we have managed to minimize the Omicron variant's entry into Japan, but infections are spreading in major cities," Kishida said, adding he intends to shift the emphasis of anti-Omicron steps to domestic measures.

On Nov. 30, the Japanese government implemented strict border controls, banning the entry of nonresident foreign nationals and toughening quarantine measures for Japanese citizens and foreign residents who have recently been to certain countries or regions.

Kishida has said he will decide whether to relax the border measures in line with the infection situation in the year-end and New Year period.

While the government already plans to speed up the rollout of the COVID-19 vaccine booster shots for medical personnel and the elderly, Kishida said he plans to further accelerate inoculations of senior citizens using some 9 million doses already distributed to municipalities but not yet used.

As for oral anti-viral COVID-19 pills, Kishida said Japan aims to finalize the purchase agreement on those developed by pharmaceutical giant Pfizer Inc. by the end of the month and put them into use in February.

Omicron variant spreads through nearly half of Japan's prefectures