Japan's count of reported daily coronavirus cases exceeded 13,000 on Wednesday for the first time in over four months, as a sixth wave of the pandemic spurred by the Omicron variant continues to spread across the country.

The nationwide tally stood at 13,244, with Tokyo accounting for 2,198 of the cases and marking the first time in over four months that the count has surpassed 2,000.

The pace in which the nationwide figure has surged has been swift, with the more than 1,000 cases confirmed on Jan. 4 now topping 10,000 in only eight days. 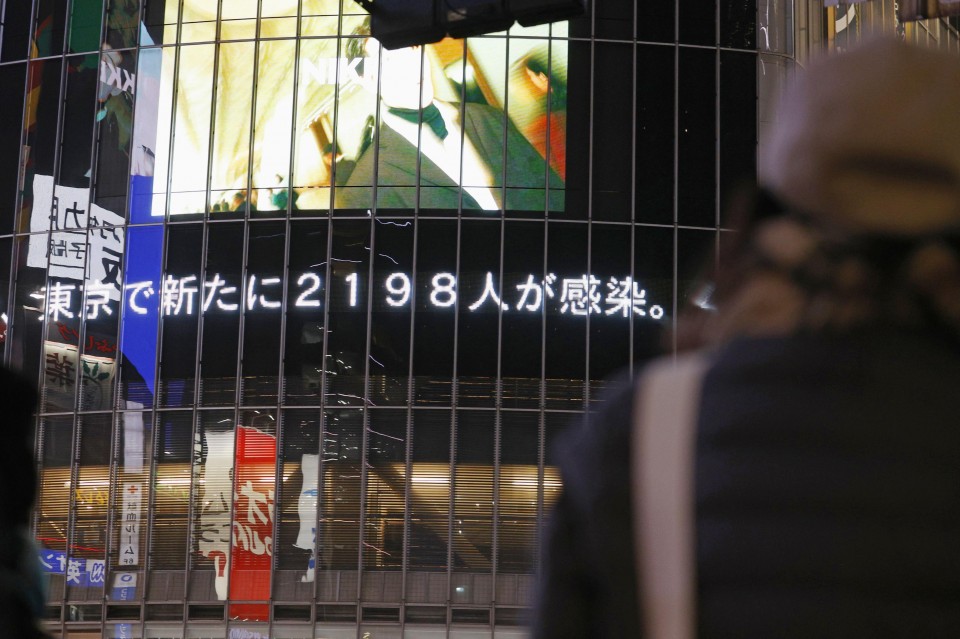 The figure reported Wednesday by the metropolitan government also was more than double the 962 cases logged Tuesday and around a fivefold increase from the previous week.

Osaka Prefecture reported the same day 1,711 new infections, marking the first time the count has exceeded 1,000 since Sept. 15, and close to a sevenfold increase from the previous week.

The southern island prefecture of Okinawa confirmed a similar number of cases at 1,644, while the western prefecture of Yamaguchi saw a record 182 new infections.

Okinawa, Yamaguchi and the neighboring prefecture of Hiroshima have been under a quasi-state of emergency since Sunday, with dining establishments requested to cut business hours and stop serving alcohol.

Governors of the three prefectures suspect the spread of COVID-19 at U.S. bases in Okinawa and Yamaguchi contributed to the spike in infections.

Daily infections had been hovering in the hundreds since mid-September after the fifth wave of the pandemic was brought under control, but cases began to surge from the end of last year due to the emergence of the Omicron strain.

The central government is considering shortening the interval between second and third COVID-19 vaccine shots from eight months to seven months for those under 65 from March onwards, sources close the matter said Wednesday.

The interval for health care workers and elderly in nursing homes was shortened to six months last December, while senior citizens in general will be able to get their booster shots after a seven-month interval from February. 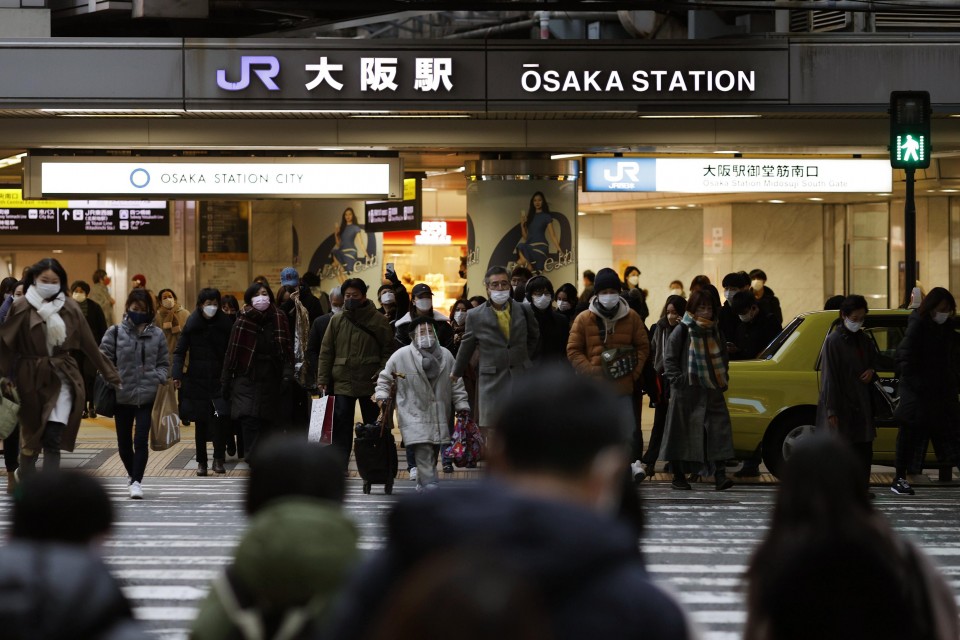 People wearing masks for protection against the coronavirus walk in Osaka's Umeda area on Jan. 12, 2022. A total of more than 10,000 new coronavirus cases were confirmed in Japan the same day amid the spread of the Omicron variant. (Kyodo) ==Kyodo

But Osaka Gov. Hirofumi Yoshimura said in a press conference Wednesday the virus is spreading at a faster pace than before and "it has already become impossible to suppress the Omicron variant through booster shots."

To prevent straining the medical system, the central government has changed its policy of hospitalizing all those infected with the Omicron variant to only hospitalizing those at risk of developing severe symptoms.

The health ministry said Wednesday that around 16,000 medical institutions across the country will cooperate in providing home visits and monitoring of patients recuperating at home.

Japan has also boosted its medical capacity so it can admit 37,000 patients at hospitals, a 30 percent increase from the level marked when the country was experiencing the worst of the fifth wave of the pandemic.