India, Greece and Romania, as well as four U.S. states, will be added Sunday to Japan's list of places from which returning Japanese nationals and foreign residents will be subject to stricter quarantine requirements as part of efforts to prevent the spread of the Omicron variant of the coronavirus.

Travelers from the three countries, Colorado, Hawaii, Minnesota and New York will be required to spend three days of their two-week quarantine period in government-designated facilities. 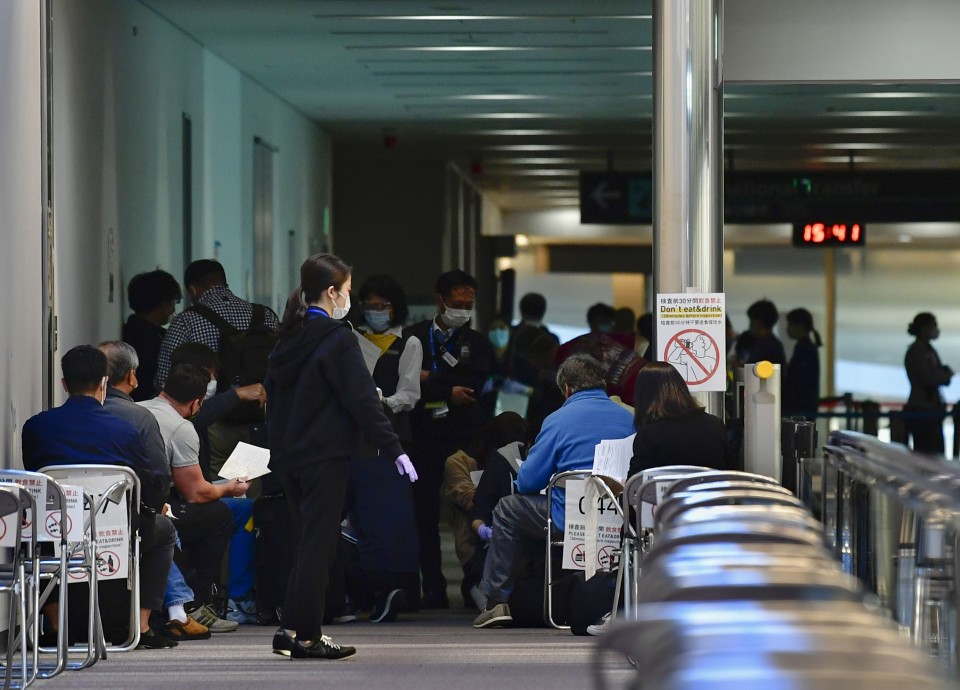 Arriving travelers line up for quarantine at Narita airport near Tokyo on Dec. 2, 2021. (Kyodo)

The expansion of the list was announced by Chief Cabinet Secretary Hirokazu Matsuno on Friday during a press conference after a government task force made the decision as the number of people infected with the new variant increases globally.

A number of countries, including Austria, Ecuador and France, are already under the same three-day rule and dozens of others are being subject to tougher quarantine requirements, such as having travelers stay in government-designated facilities for 10 days.

Japan found its first infection of Omicron on Tuesday, prompting it to deny re-entry of all foreigners, including residents with long-term visas, who have recently been to any of 10 African countries likely to have widespread infections of the variant.

Japan has also banned new entries by foreigners from around the world.