Japan's Nao Kodaira came second in the women's 500 meters at the speed skating World Cup on Friday, logging 36.81 seconds at the Calgary Olympic Oval for her first sub-37 time over the distance in two seasons.

The 35-year-old 2018 Olympic gold medalist started slowly but picked up at the year's fourth and final World Cup meet, and bounced back from finishing sixth and eighth a week ago in Salt Lake City. 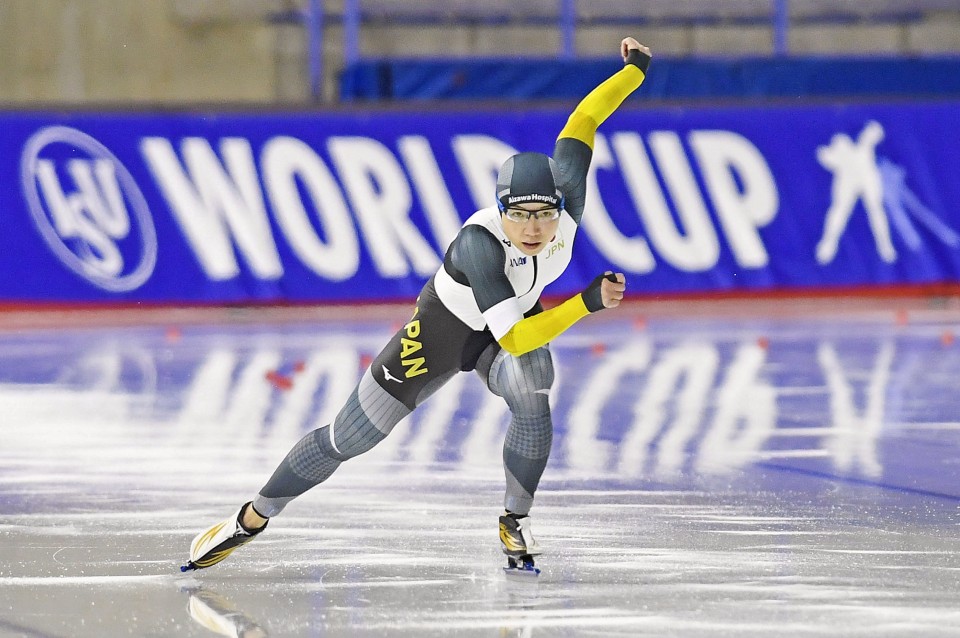 "I was skating trying to grasp something in the first 100, 200 meters," said Kodaira, who is fighting back from a groin issue that troubled her last season.

"But I managed to cross with a small sense of feeling that, in the last 300, I was close to working out my usual way of skating," she reflected. "That was a real positive."

Olga Fatkulina of Russia won in 36.72 with compatriot Angelina Golikova in third in 36.82.

Kodaira, whose place in the Beijing Games in February is all but secured, stated her aim here was not to react to her placing but return to Japan getting "things to tick, technically," which she did to a good degree.

"There's only one person who can win back-to-back (Olympic) gold medals," she said. "I'm making that my motivation."

In the women's 3,000 meters, Miho Takagi logged 3:55:45 and rewrote her own national record, shedding some 1.64 seconds from her previous best as she topped Division B. Her time would have been good enough for third had she raced in the top division.

The Japan Skating Federation stipulates that those with good World Cup results will be selected for the Beijing Olympics in February provided they take part in the qualifying trial later this month in Nagano, meaning Kodaira will earn a spot in Beijing's 500 meters simply by competing in the trials.

Takagi's spots in the 1,500 and 1,000, the distances for which she won the silver and bronze medals, respectively, in 2018, are also all but confirmed for Beijing.

In the men's 500, Tatsuya Shinhama, who has won two of seven World Cup races so far this season, and Wataru Morishige, with one win, have virtually wrapped up a spot on the team for Beijing. Japan will likely get another spot for the event and it will be up for grabs at the qualifying trial.

Yuma Murakami became the third Japanese man to break 34 seconds in the 500. He clocked 33.898 to finish third, ahead of Morishige in sixth and Shinhama in ninth. Canada's Laurent Dubreuil won in 33.778, with China's Gao Tingyu second in 33.876.