Kumamon, the popular black bear-like mascot of southwestern Japan's Kumamoto Prefecture, is being used to teach hygiene to Indian children while dancing to a Hindi song in a video recently released by Japan's aid agency, in an effort to prevent the spread of COVID-19.

The approximately four-minute video, a joint collaboration of the Japan International Cooperation Agency and the Kumamoto prefectural government, shows the famous mascot washing his hands before having "chai" tea at an Indian restaurant, with Indian performers and children dancing to local music played in the background. 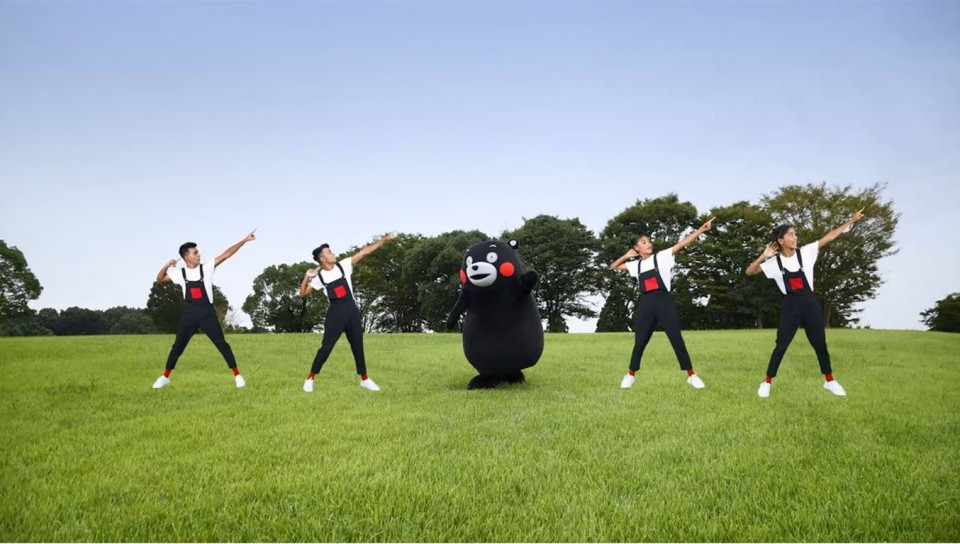 Photo from a YouTube video shows Kumamon (C) dancing with Indian performers to a Hindi song. (Photo courtesy of JICA)(Kyodo)

The video released last month encourages Indian children to become friends with Kumamon and learn good habits from him such as trimming nails, washing hands, and wearing masks to "win over the pandemic," according to the lyrics of the song.

It was shot in Japan and India and has been uploaded on JICA's official YouTube channel. A shorter version lasting about one minute has earned around 5,000 views so far.

The project is a part of JICA's "Achhi Aadat" (good habits) campaign launched in January this year in India, with the aim of raising awareness about the importance of hygiene practices to prevent the spread of coronavirus infections and other diseases. 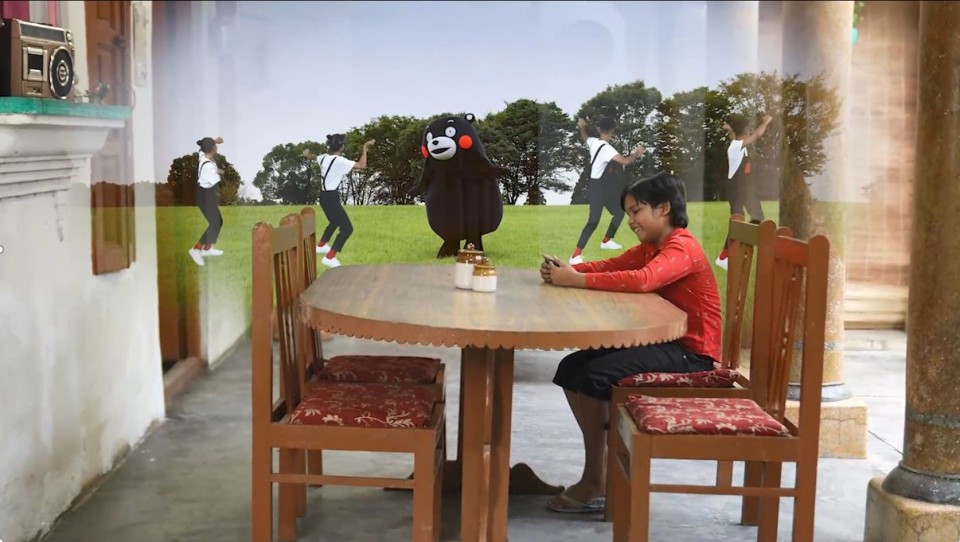 Photo from a YouTube video shows footage of an Indian boy watching the Kumamon dance video on a smartphone. (Photo courtesy of JICA)(Kyodo)

The one-year campaign has been implemented in partnership with Japanese companies and local nonprofit organizations in India.

"We hope that Kumamon will play a significant role in inspiring children and the youth in India to enjoy learning hygienic practices," JICA Senior Vice President Keiichiro Nakazawa said at a ceremony held at the Indian Embassy in Tokyo to officially launch the video in late November. Kumamon also attended the event.

The video disseminates "information on good hygiene in an interesting way using the famous Japanese character Kumamon," the envoy added. 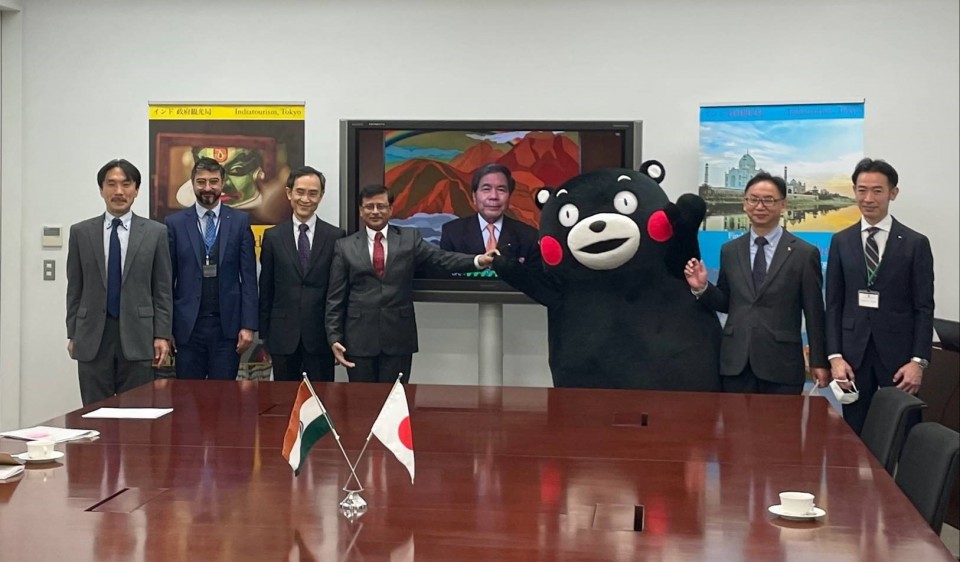 In the video, Kumamon also dances in front of the famous Kumamoto Castle to the lyrics that say he will have to "visit India to eat a local delicacy" and meet his Indian friends. A JICA official said the organization will aim to help Kumamon take a trip to India.

In Japan, mascots like Kumamon are collectively known as "yurukyara," which literally translates as "loose characters." Their laid-back attitudes garner them followers who help them promote their regions and businesses in Japan.

Kumamon was initially created in March 2010 to promote Kumamoto ahead of the launch of the Kyushu shinkansen bullet train service the following year. Since then it gained popularity in Japan as well as in other parts of Asia.

Sales of products bearing the mascot's image reached 169.8 billion yen ($1.5 billion) in 2020, hitting a record high for the ninth consecutive year, according to the local government.

Last year's sales were up 11.9 billion yen from the previous year, boosted by goods such as masks and face covers amid the pandemic, it said.