Maloryee Yusop, a 40-year-old hairstylist, was at Bangkok Train Station on a recent November afternoon to cherish what could be his last opportunity to travel from Thailand's oldest railway terminal.

One hundred and five years after the first train left one of its platforms, the station better known among travelers and local people as Hua Lamphong will all but stop serving passengers in late December.

Bang Sue Grand Station, the Thai capital's new State Railway passenger hub built 8 kilometers to the north, will replace Hua Lamphong as the terminus for all long-distance services from Bangkok. 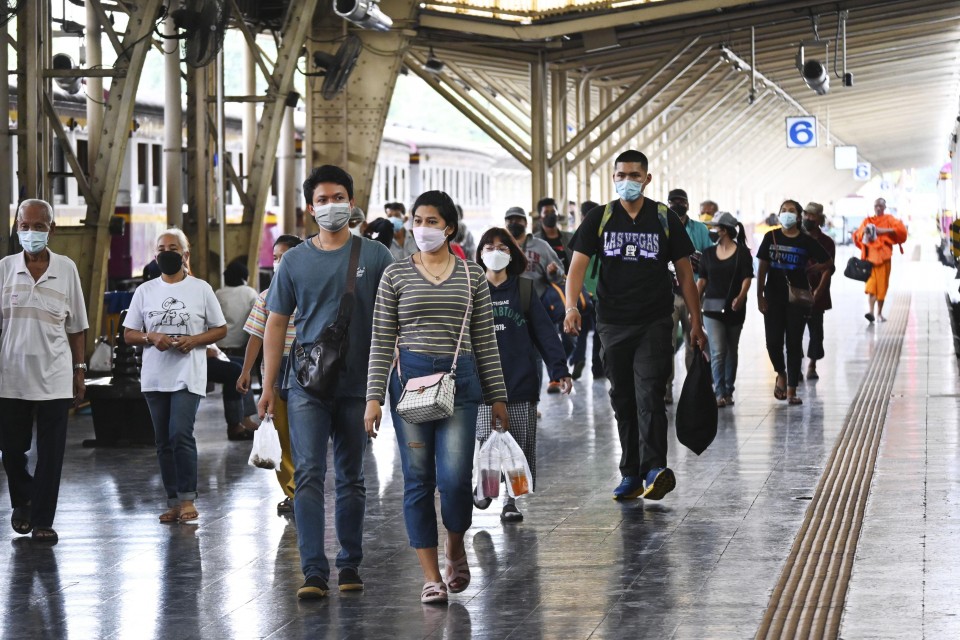 "It could be my last chance to use this station," Maloryee said before taking a train from Hua Lamphong to Pattani Province in southern Thailand.

"Even though traveling by train takes longer than other modes of transport, I wanted to keep it in my memory as I feel attached to the station."

Maloryee stressed that journeying through the station is more than just traveling as it allows him to peek into other people's lives. It's also a historical site valued by many, he added.

Ground was broken for Hua Lamphong in 1910 during the reign of King Rama V. The terminal was completed six years later, under the king's successor.

Since its opening in June 1916, the station hall's signature Neo-Renaissance arched-roofed structure with stained-glass windows and a large clock in the center of the facade has become a national symbol. 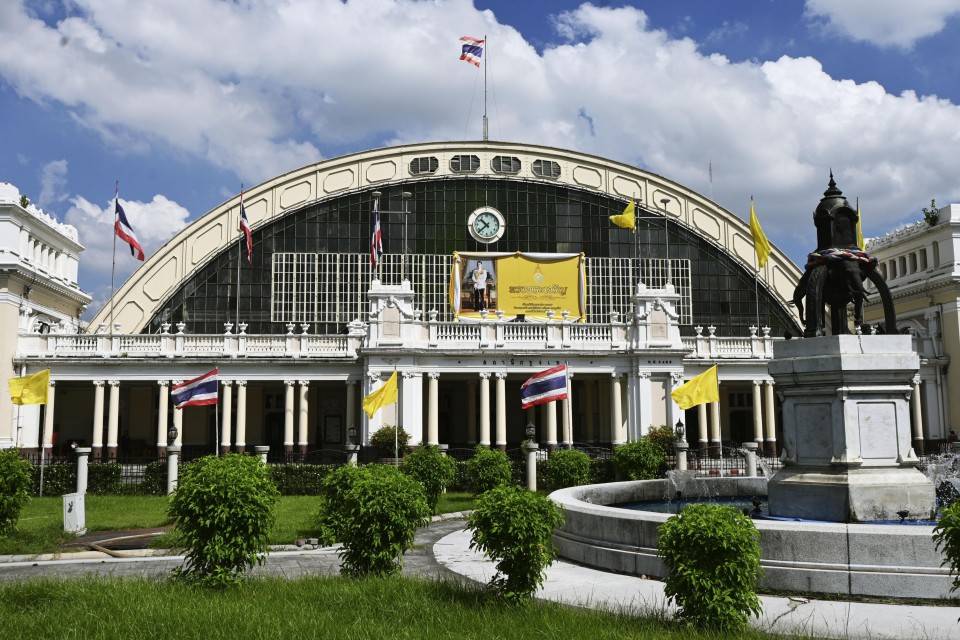 The transit landmark was designed by Italian architect Mario Tamagno, who also designed some of Bangkok's other most recognizable buildings. It was modeled after the Frankfurt central station as King Rama V is said to have aspired to build the best transportation possible for his subjects after returning from a trip to Germany.

The station has been more than just a gateway to the rest of Thailand. It was the place in Bangkok that many Thais traveling from the countryside in search of a better life in the big city first set foot.

For those who found themselves out of luck after jumping off a train to Bangkok, the curved-roof station even served as a place of shelter.

It has also been one of the capital's landmarks for foreign tourists. Many have arrived in the back of one of the city's ubiquitous Tuk Tuk open-air three-wheeled taxis. They stop in front of the station to snap some photos, and then maybe take a diesel-powered train to another part of Thailand.

A fountain in front of the station was converted into a bomb shelter for people who lived nearby during World War II and part of the station housed a hotel that served travelers for over 40 years until 1969.

Siriphong Preutthipan, deputy governor of the State Railway of Thailand, said last month that the station will cease operating on Dec. 23, though the Transport Ministry has since said some train services will be retained past the date to avoid disruption during the transition.

But the station is eventually expected to be turned into a railway museum under the railway operator's redevelopment plan.

The plan calls for turning the station and its surrounding areas, including maintenance warehouses and office buildings, into the museum, a promenade area, green space and park, as well as a convention hall, hotels, a shopping center and office buildings. 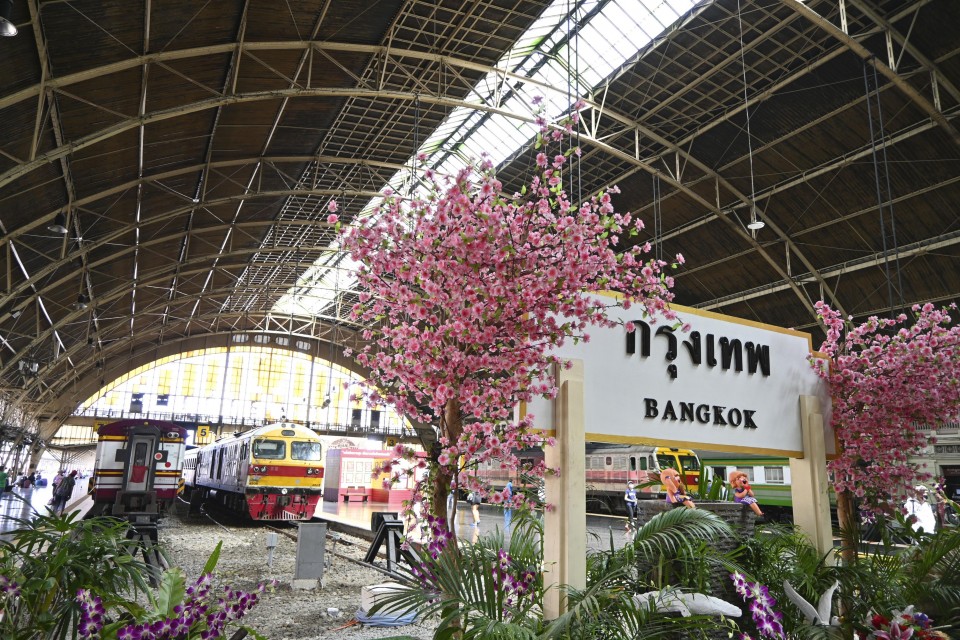 Patama, a 57-year-old tourist who recently visited the station to take photos, was sad to see the end of the terminal's time as a station but said that was an inevitable consequence of progress.

"But I expect to see the outstanding architecture preserved," she said, as the station's structure reflects the "learning and adaptation of a small country in Asia with a great leader who had a broad vision of building the station and bringing prosperity to Thailand."

The station used to serve over 80 million passengers a year. But because of the coronavirus pandemic, the station served just 35 million or so last year.

Wutthisak Inthawat, a 34-year-old Tuk Tuk driver, has picked up passengers at the station almost every day for over 10 years. He said he saw many foreign tourists take trains from there to go to other provinces.

With the station set to be closed, Wutthisak said he is worried for his business. Life could be tougher as he will need to go elsewhere to look for passengers.

The driver expressed hope the government will reconsider the plan to shutter the station, and instead renovate it to better serve local people and tourists.

Bangkok, other parts of Thailand reopen to foreign tourists