At least one person died and more than 40 people were injured as s volcano in Indonesia's East Java Province erupted Saturday afternoon, forcing residents in villages and cities nearby to evacuate, local authorities said.

The eruption occurred at Mt. Semeru in Lumajang Regency in the province at around 3:20 p.m., the Center for Volcanology and Geological Hazard Mitigation said. 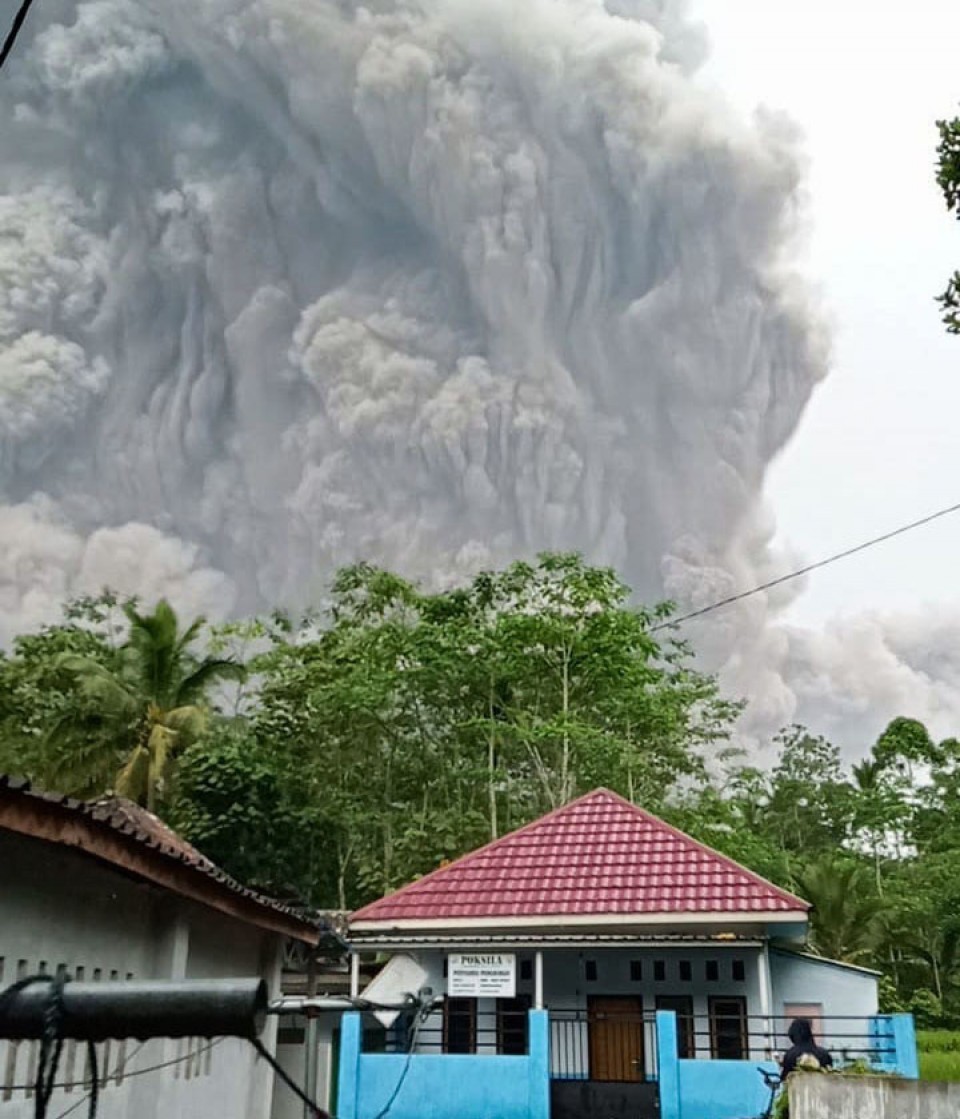 The 3,676-meter-high volcano located about 850 kilometers southeast of capital Jakarta has been active and last erupted in January. Its eruption in 1994 killed a journalist and a local person.

After the volcano spewed huge columns of smoke following over 50 minor eruptions on the day, the sky turned dark in Lumajang and its neighboring city of Malang. Local residents fled but some people were covered in ash, according to video footage posted on social media.

Mt. Semeru is the highest volcano on Java Island.