As China has been bolstering its "zero corona" policy ahead of the Beijing Winter Olympics, many Japanese workers in the capital, who have not returned to their home country for around two years, have remained cut off from their families.

While urging citizens in the city to refrain from traveling to other regions, the Beijing government has tightly restricted the entry of accompanying family members of Japanese employees in a bid to prevent the intrusion of the novel coronavirus.

Even if such families can enter China, they must be quarantined at a designated facility for 21 days upon arrival in a city other than Beijing in the nation, with all direct flights between Japan and the capital suspended since March 2020.

Quarantined people are completely prohibited by the health authorities from stepping out of their room, making families with small children, who are practically bursting at the seams to play outdoors, shy away from visiting China.

"In autumn, the Beijing government resumed accepting applications for invitation letters required for accompanying family members to obtain visas. We were very happy to hear that," said Shinya Tanaka, a Japanese worker for a major trading house.

"The process, however, was closed immediately after infections were detected in Beijing in October and invitation letters for my wife and child ended up not being issued. I haven't met my family for nearly two years," the 38-year-old man said.

"Unfortunately, we've become nothing short of victims of the Beijing Olympics. I miss my family very much," he added. 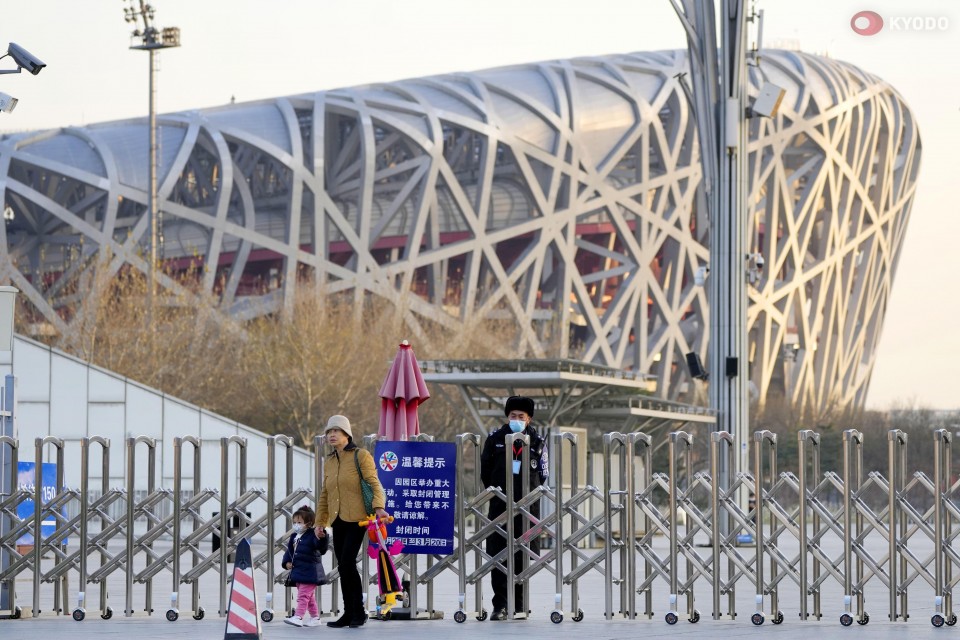 Access is blocked to areas near the National Stadium in Beijing on Nov. 25, 2021, ahead of the 2022 Beijing Winter Olympics. The opening ceremony of the games will be held at the stadium on Feb. 4. (Kyodo) ==Kyodo

A 39-year-old Japanese employee for Sony Corp. in Beijing, who has lived separately from his family since January 2020, also said, "My wife has been stressed to the max because she has raised two children alone at a rental apartment in Japan for about two years."

"I really want to invite my family to China as soon as possible, but there's no way to get a nod from the Beijing government. I think a reunion with my family won't be realized at least until the end of the Beijing Olympics" slated for February, he said.

This then 42-year-old reporter, meanwhile, was approved under specific conditions by the Chinese Foreign Ministry to bring my family to Beijing from Tokyo. We had been first quarantined together at a hotel in China's northeastern port city of Dalian in mid-October.

A Beijing resident who was obliged to have a negative certificate of a PCR test taken within 24 hours before entering Dalian, I headed to the city directly from the capital by express train on Oct. 13, without briefly returning to Japan.

On the same day, my wife and 4-year-old son arrived in Dalian by airplane from Narita airport near Tokyo. The three of us reunited for the first time in one year and seven months at the designated quarantine hotel located near the sea in the outskirts of the city.

My wife said, "The hotel room we stayed in Dalian was clean, large and comfortable. We had beautiful scenery. The meals provided by the hotel three times a day, many of which were Japanese food, were delicious. My son and I had enjoyed quarantine life at first."

"We spent time mostly playing with toys, reading books, watching television and playing sports inside the room, but around one week after our quarantine started, I became cranky due to the stress that I was not able to go out at all," she said.

"My son also got a tic disorder, often caused by psychological factors such as anxiety. Although he did not complain about the quarantine, he must have felt highly stressed. He now says he does not want to experience quarantine ever again," she added.

After being forced to be isolated from the outside world for two weeks, we left Dalian for Shanghai, where people completing a 14-day quarantine in another area in China are allowed to go out if needed. We stayed there for one week before entering Beijing.

Naoki Sasaki, a 43-year-old Japanese worker for an electronics maker, said, "Once hearing such a story, I don't think my family can tolerate a severe quarantine in China. I want to meet with my wife and sons, but I've become more reluctant to invite them to Beijing."

Fears are also growing that the Beijing government may extend the mandatory quarantine period from 21 days, given that it has been trying to strengthen anti-virus measures after the first infection with the Omicron variant was confirmed in the mainland in December.

Since late October, when COVID-19 cases increased in Beijing after a week-long national holiday early in the month, the municipal authorities have called for residents including Japanese not to move out of the capital unless necessary.

In addition, the local government has banned people in regions where new infections have been identified from entering Beijing, while compelling visitors to the city to have a negative certificate of a PCR test taken within 48 hours.

When the coronavirus raged in Dalian in November, all flights between the city and Beijing were temporarily suspended, impeding some of those who had already finished a 21-day quarantine from reaching the capital.

"With the Omicron variant spreading globally, the Beijing authorities will of course accelerate efforts to curb the outbreak. In the worst-case scenario, the quarantine period might be extended," said Kiyoshi Yamada, a 45-year-old Japanese employee of a carmaker.

"There's also a rumor that the Chinese government will continue its zero corona policy until the end of the Communist Party's once-every-five-years congress scheduled to be held in Beijing in fall 2022. I'm fed up," he said.

"I think my company may recall me to Japan by the end of 2022. I've almost given up inviting my family to Beijing during my stay in China," he said with a sigh.

Many Japanese workers in Beijing still live alone, as their family members, who evacuated from China amid the epidemic in early 2020, have been stranded in their home country as the government under President Xi Jinping has limited the entry of foreigners. 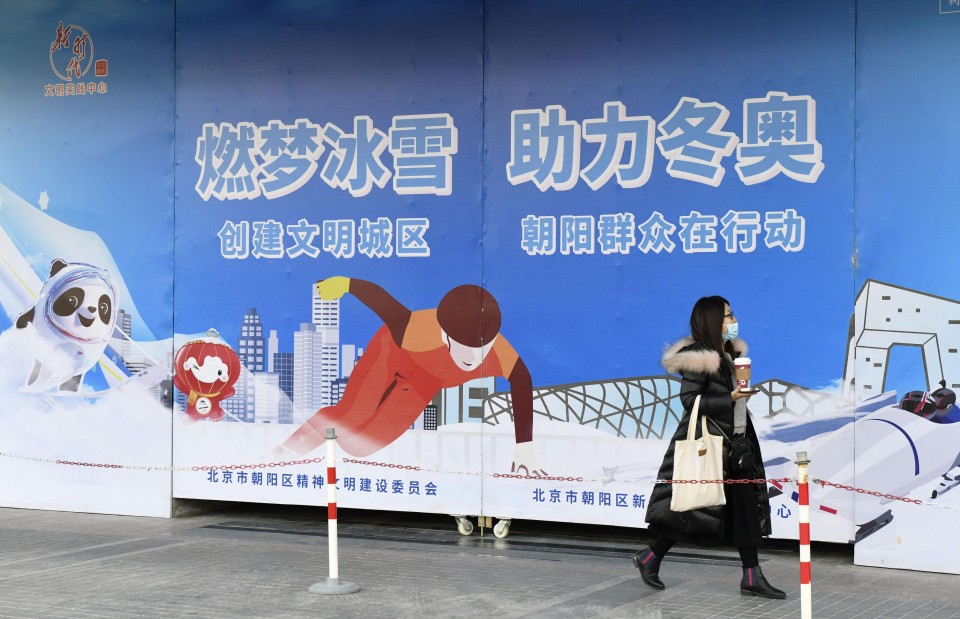