Japan international Takumi Minamino's injury-time equalizer helped Liverpool advance to the semifinals of the English Football League Cup 5-4 on penalties after a 3-3 draw with Leicester City on Wednesday.

Minamino provided the assist for Diogo Jota's 68th-minute goal at Anfield that brought the home side within one at 3-2. He then kept his team alive in the competition by firing home in the 95th minute, although he later missed in the penalty shootout. 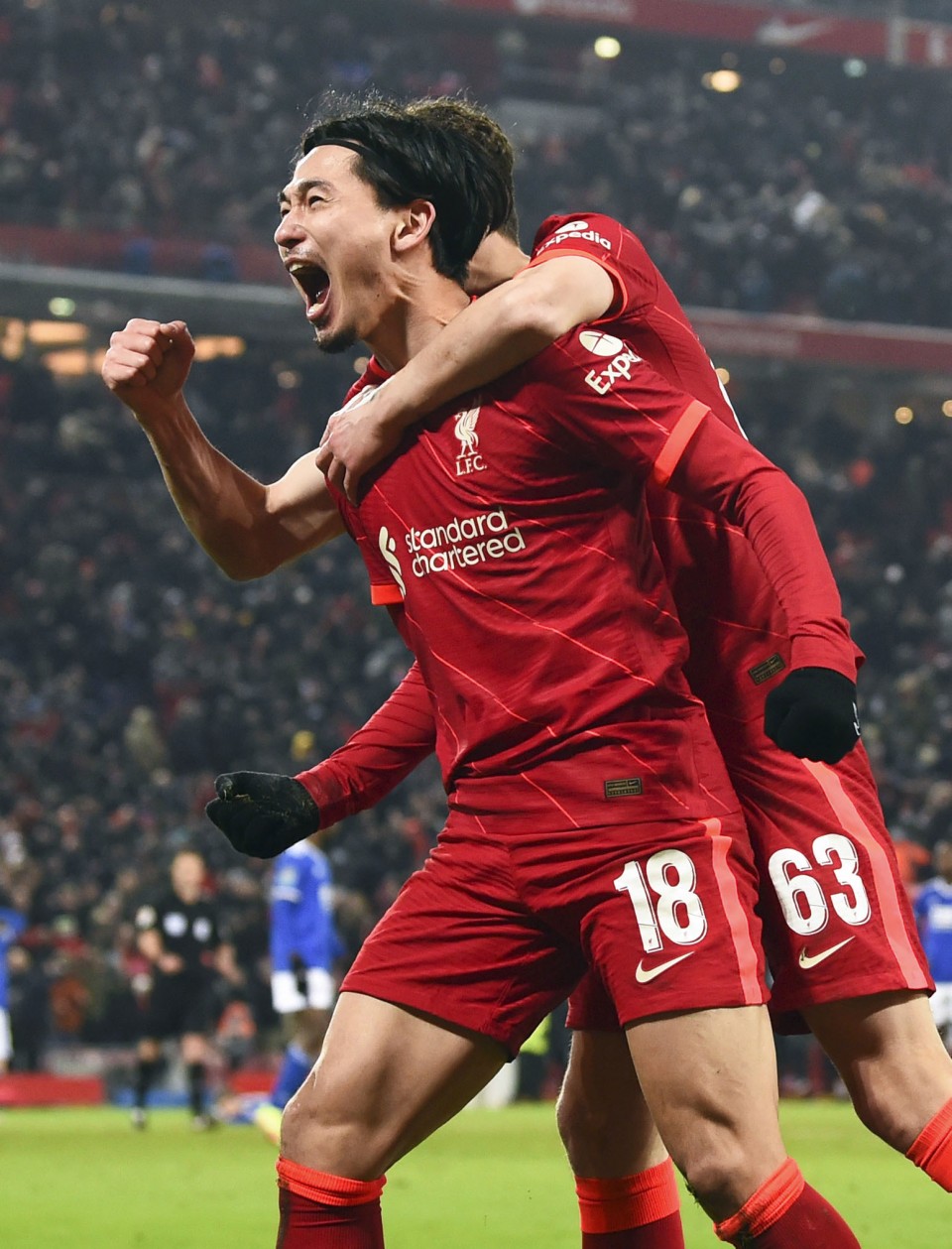 Takumi Minamino (18) celebrates after scoring a late equalizer in Liverpool's League Cup quarterfinal against Leicester City at Anfield, Liverpool on Dec. 22, 2021. Liverpool won 5-4 on penalties after a 3-3 draw to advance to the semifinals. (For editorial use only)(Kyodo)

"Top goal, top performance," Klopp told liverpoolfc.com. "From a tactical point of view he is outstanding and it's so cool for him that he could score that goal. It was a great goal, it was very important, it was in the best possible moment."