Japan, France postpone 2-plus-2 security talks to next year

Japan and France have postponed their planned ministerial security talks originally meant to be held by year-end to next year, a senior French defense official said Thursday, citing a scheduling conflict.

The postponement of the meeting involving the two countries' foreign and defense ministers means a three-year hiatus since their last two-plus-two talks in January 2019, due partly to the coronavirus pandemic. 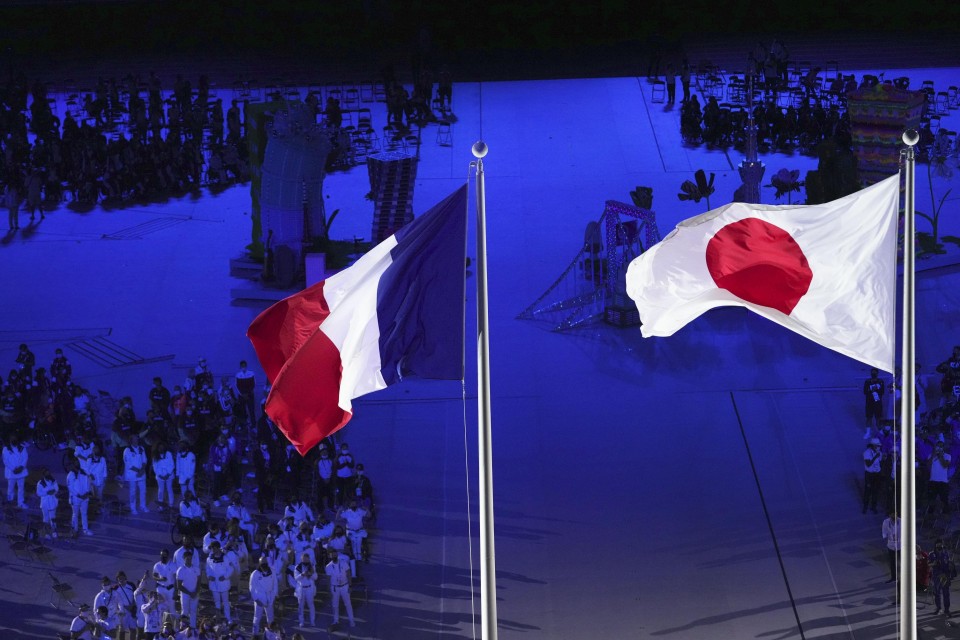 The national flags of France and Japan are pictured in Tokyo on Sept. 5, 2021. (Kyodo)

At a working-level meeting of foreign and defense ministries in Tokyo in October, the French government had said the two countries would hold ministerial security talks within the year.

Alice Guitton, director general for international relations and strategy of the French Armed Forces Ministry, told a press conference that the countries are arranging multiple options to convene the two-plus-two gathering next year at an early date, calling the meeting "a key conference with Japan, a special partner."

The two countries have generally taken turns hosting the ministerial meeting since their first talks in 2014, with France hosting the last talks.

Japan is thus likely to host the next gathering, but it could be in a virtual format, depending on the development of the coronavirus pandemic.