Prime Minister Fumio Kishida on Thursday threw his support behind Taiwan's attendance at the annual meeting of the World Health Organization's decision-making body as an observer, a move China has opposed.

Taiwan is excluded from most international organizations due to opposition from China, which regards the democratically governed island as one of its provinces and not a country. 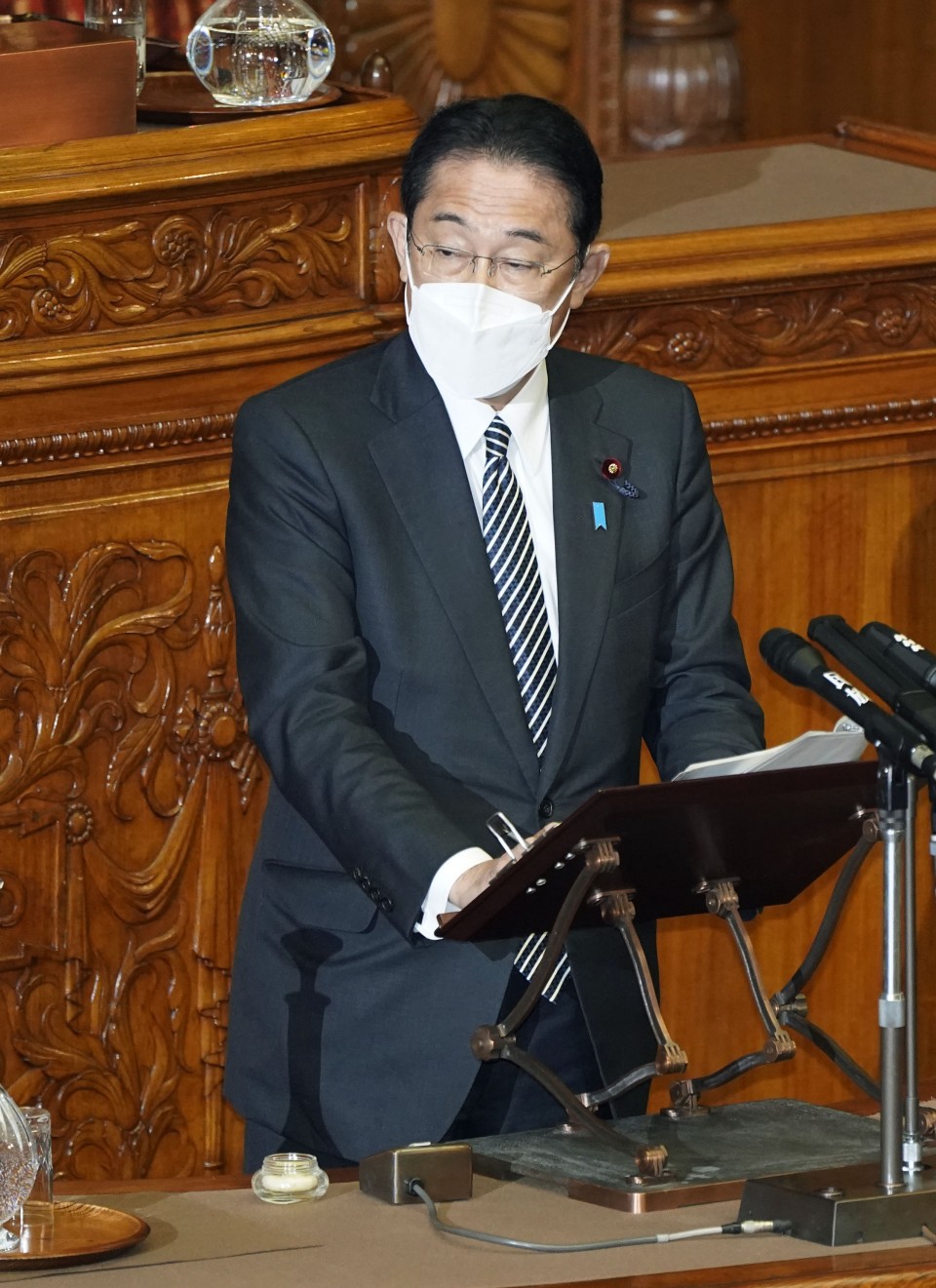 Prime Minister Fumio Kishida attends a House of Councillors plenary session at the parliament in Tokyo on Dec. 9, 2021. (Kyodo)

"We have consistently insisted at the WHO that there should not be a geographical void in dealing with international health issues and have consistently supported Taiwan's attendance as an observer," Kishida said in parliament.

"It is important to widely share information and knowledge of the countries and regions," including Taiwan, which has taken effective steps in containing the spread of the novel coronavirus in a speedy and transparent manner, he said, adding he will "continue to work with other countries involved" to call for Taiwan's attendance.

Taiwan was unable to attend the last annual round of the World Health Assembly in May despite calls from the Group of Seven industrialized nations, including Japan, to invite it.

Japan's House of Councillors adopted a resolution in June demanding the government urge other countries to realize Taiwan's attendance.