South Korea has confirmed its first cases of the new Omicron variant of the coronavirus, Yonhap News Agency reported Wednesday citing health authorities, increasing concerns over COVID-19 amid a surge in infections of the existing Delta strain.

Five people, including a married couple who had visited Nigeria from Nov. 14 to 23 and their friend, have tested positive for the Omicron variant in genetic sequencing tests, the Korea Disease Control and Prevention Agency said, according to the report.

The couple were fully vaccinated, the agency said in the report. The two and their friend, all in their 40s, have shown no significant symptoms other than respiratory and muscle pains, health officials said.

It is suspected that the couple's teenage son is also infected with the variant, according to the report. The test result for the son is expected to be announced later this week. 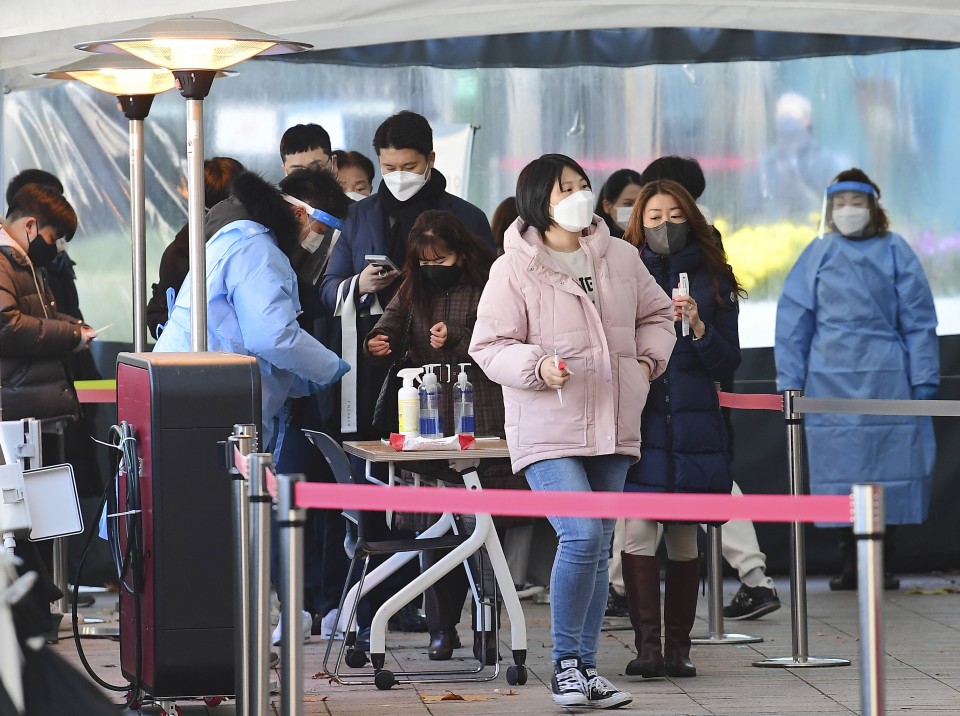 Before confirming the first Omicron cases, Seoul reported that its daily count of coronavirus cases the previous day had surpassed 5,000 for the first time.

The agency said 5,123 COVID-19 infection cases were newly detected on Tuesday, surpassing the previous high of 4,115 recorded on Nov. 23. The number of critically ill patients has reached a record 723.

The government eased virus curbs on Nov. 1 as part of its "living with COVID-19" policy but halted the implementation on Monday following the surge in cases.

Nearly 80 percent of South Koreans have been fully vaccinated, but health authorities have been urging people to take booster shots following a rise in so-called breakthrough infections of those already inoculated.