The younger brother of Megumi Yokota, a symbolic figure of North Korea's abductions of Japanese nationals decades ago, on Saturday took the helm of a group representing families of the victims, replacing an aging leader.

"I will continue to raise my voice toward resolving the abduction issue," Takuya Yokota, 53, said at an international symposium in Tokyo, as making progress on the issue has become more pressing over the years with the aging of the abductees' relatives.

Yokota, who had served as secretary general of the group, replaced 83-year-old Shigeo Iizuka, the older brother of Yaeko Taguchi. Iizuka has been in poor health in recent years and, according to his son, is currently hospitalized. 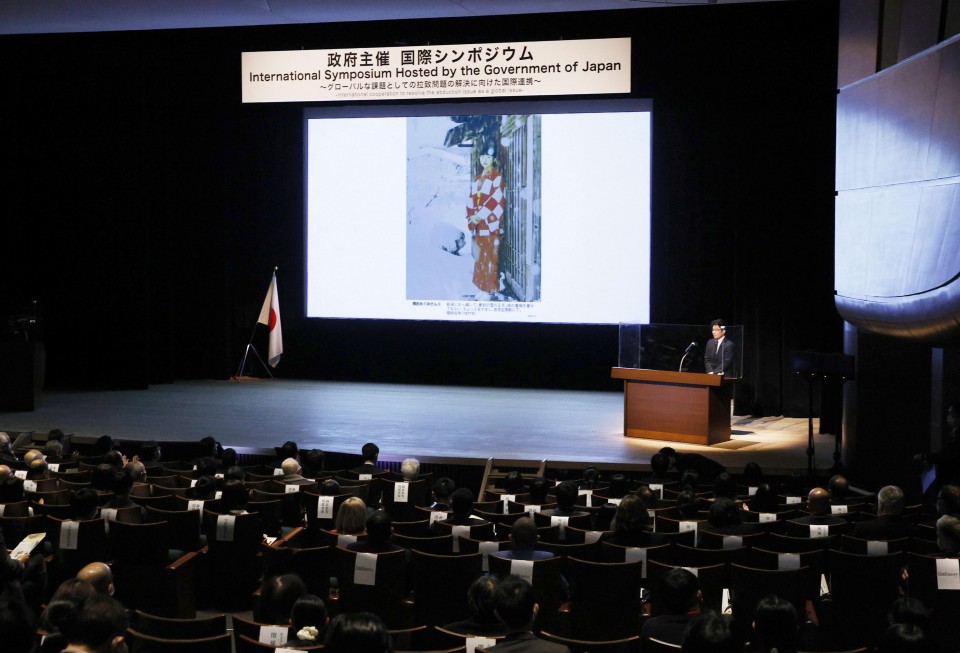 Takuya Yokota (on podium), a younger brother of Megumi Yokota, abducted by North Korea at age 13 in 1977, speaks at an international symposium on Japanese abductees held in Tokyo on Dec. 11, 2021. He was named earlier in the day to head the group representing families of Japanese abductees. (Kyodo) ==Kyodo

Yokota vowed to keep working with the global community for their cause in seeking the return of all those abducted in the 1970s and 1980s.

Chief Cabinet Secretary Hirokazu Matsuno, who is also minister in charge of the abduction issue, reiterated at the symposium that the government of Prime Minister Fumio Kishida will make full efforts to bring back all those who had been kidnapped. 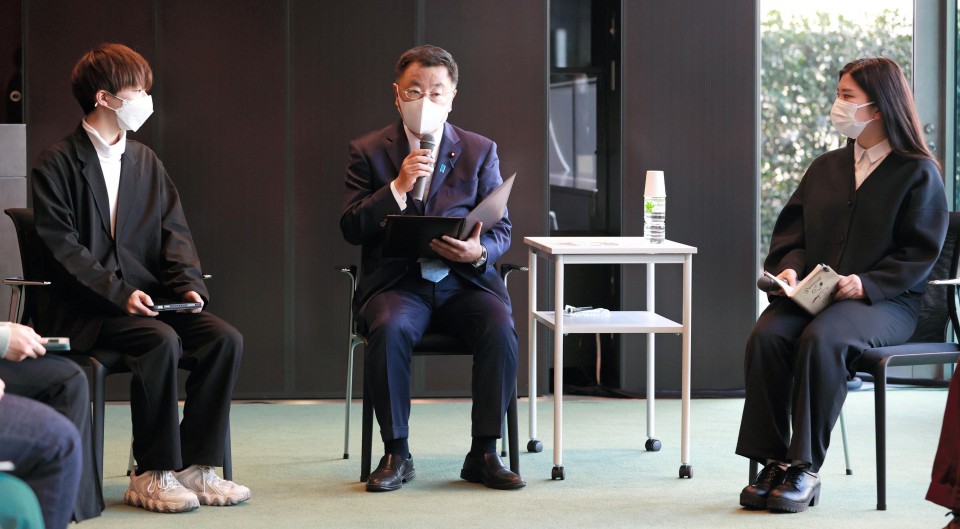 Yokota's sister Megumi was kidnapped by North Korea on her way home from school at the age of 13 in 1977, while Taguchi was abducted in 1978 when she was 22.

Iizuka headed the group from 2007, succeeding Yokota's father Shigeru who was its first leader. Shigeru Yokota resigned due to health reasons after having served as the group's chief for over 10 years until November 2007. He died in June 2020 at the age of 87 without ever seeing Megumi again.

During a meeting with Kishida in October, Iizuka vowed to "never give up" in settling the issue, saying, "It is disappointing that there has been no progress in the abduction issue despite the countless changes in prime ministers."

Pyongyang maintains that the issue is "already resolved." 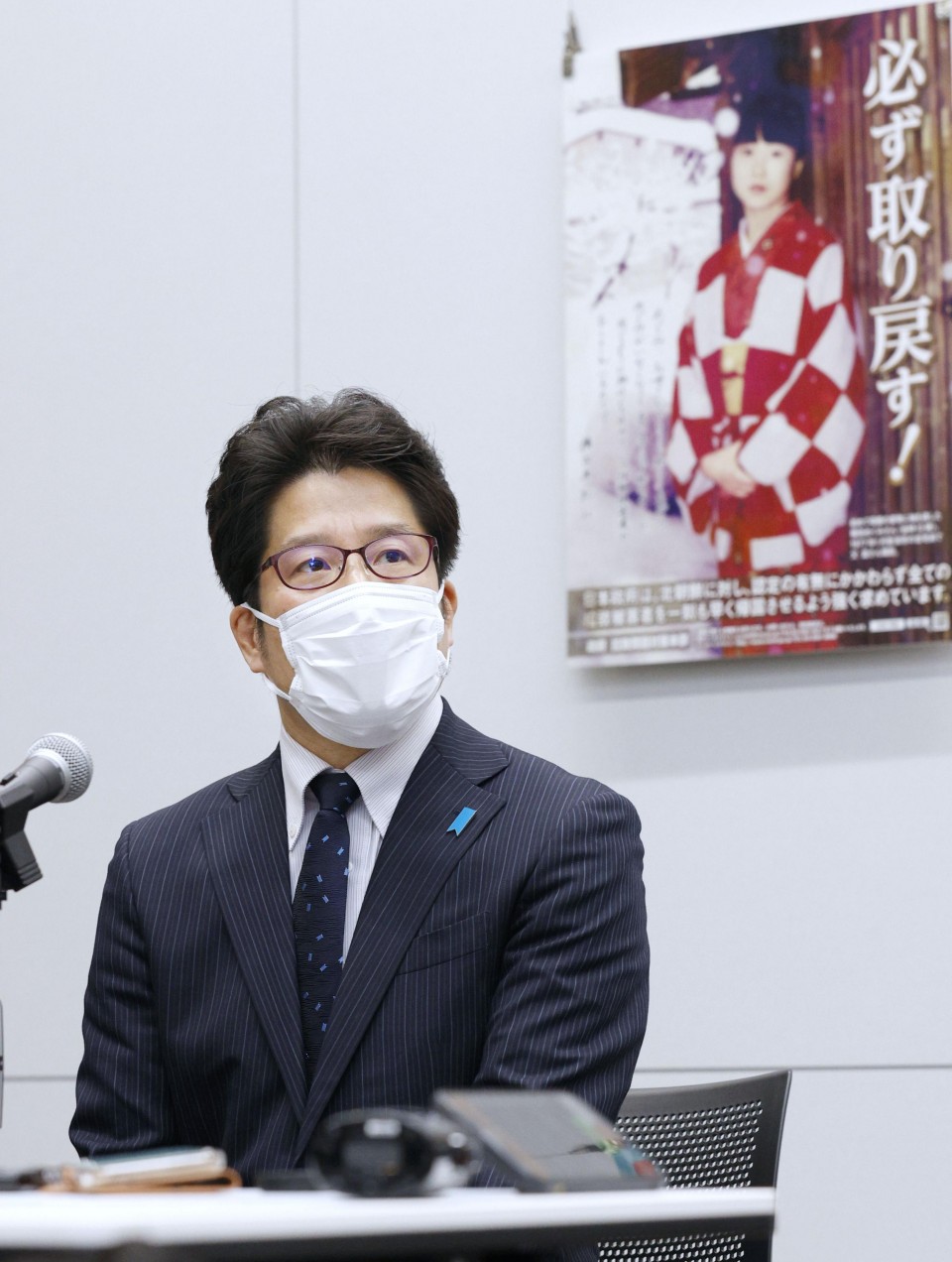 Takuya Yokota, a younger brother of Megumi Yokota, abducted by North Korea at age 13 in 1977, meets the press in Tokyo on Dec. 11, 2021, after he was named to head the group representing families of Japanese abductees. (Kyodo) ==Kyodo

Hitomi Soga, 62, one of five abductees who repatriated to Japan, said in a statement she is frustrated that so much time has passed that their cause had to be taken up by a younger leader.

Koichiro Iizuka, 44, Taguchi's son who became the new secretary general, urged the government to take immediate action, saying, "There is a limit to human life. One cannot wait to see all issues resolved."

The Japanese government officially lists 17 citizens as abducted by North Korean agents and suspects Pyongyang's involvement in other disappearances of Japanese nationals.

Of the 17, five, including Soga, were repatriated in 2002 following then Prime Minister Junichiro Koizumi's visit to North Korea. Pyongyang maintains that eight, including Megumi, have died, and the other four never entered the country.