Former Japan midfielder Yuki Abe on Sunday announced he would retire at the end of the season, bringing down the curtain on a career that saw him win two Asian Champions League titles with Urawa Reds.

The 40-year-old Abe, who started his career in 1998 with JEF United Ichihara (now Chiba), was a key player as Japan made the knockout stage at the 2010 World Cup before spending a season-and-a-half at Leicester City, then in the English second-tier. 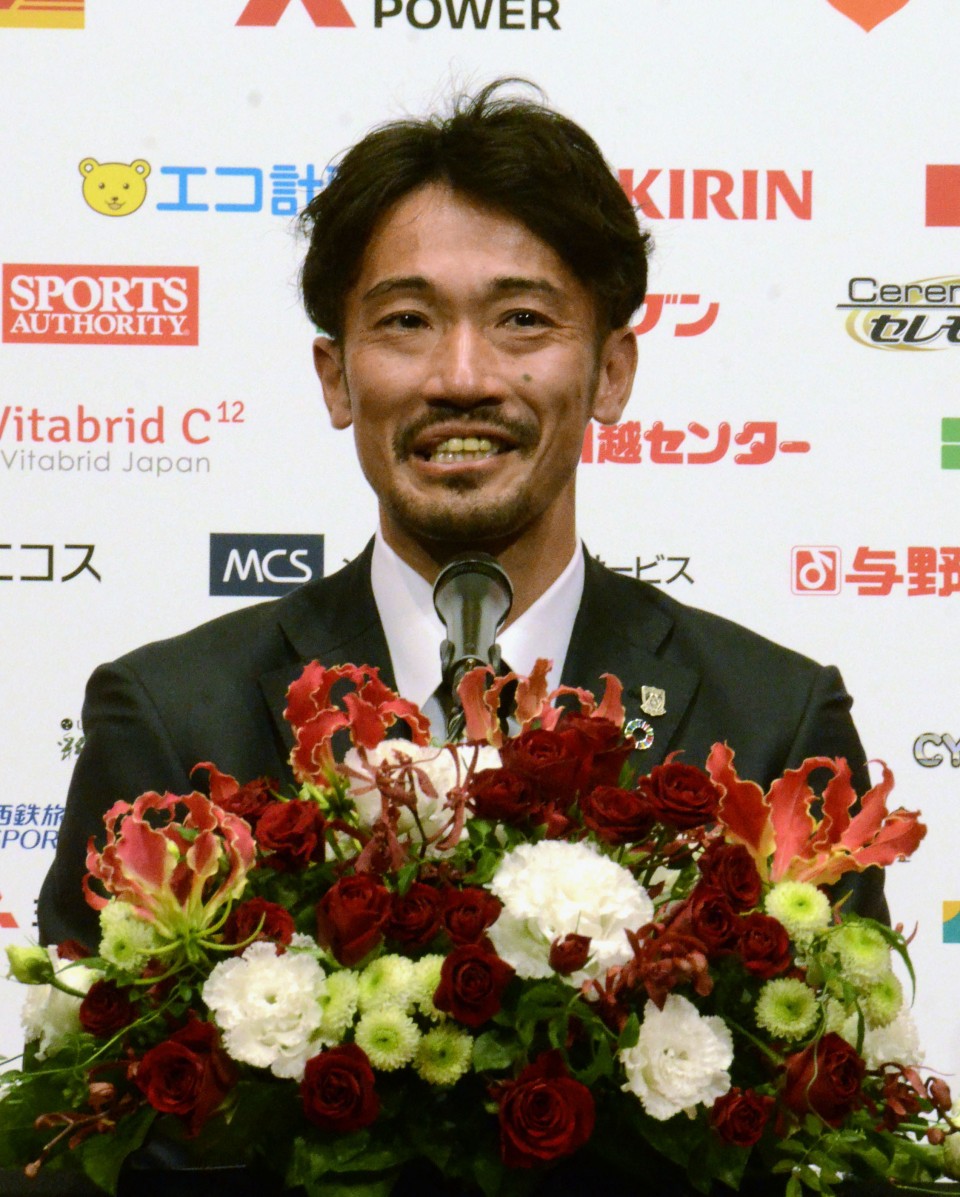 Urawa Reds midfielder Yuki Abe speaks at a press conference in Saitama on Nov. 14, 2021. He announced he will be bringing the curtain down on his playing career at the end of this season. (Kyodo)

Abe is known for his quality set-piece deliveries and tactical awareness. His 589 appearances are the fourth-most in the J-League top-flight.

"Around the new year, I was thinking this season would turn out to be my final season, my ultimate challenge," he told a press conference. 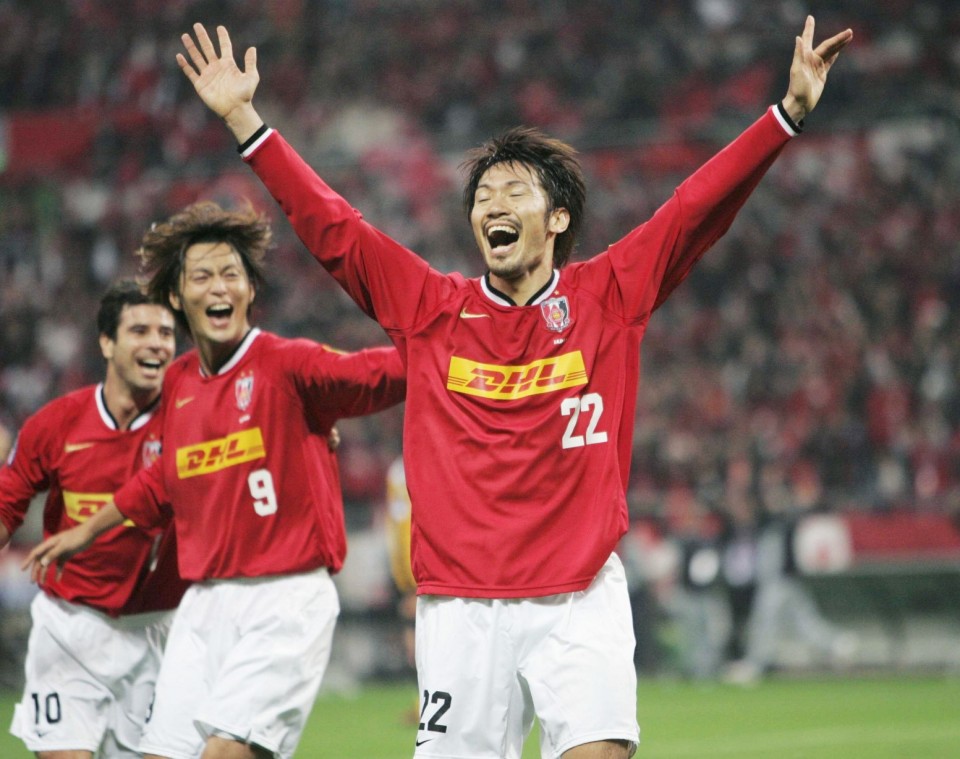 Yuki Abe (22) celebrates scoring Urawa Reds' second goal in their 2-0 win over Sepahan in the second leg of the Asian Champions League final at Saitama Stadium on Nov. 14, 2007. Reds won the final 3-1 on aggregate. (Kyodo)

Abe's versatility allowed him to play in defense, and he was treasured by former JEF and Japan manager Ivica Osim. After Osim stepped down due to health issues in late 2007, Takeshi Okada succeeded him with the national team.

Okada deployed Abe in the defensive midfield role when Japan reached a World Cup last 16 for the first time on foreign soil in South Africa in 2010.

Aside from his spell at Leicester, Abe has been with Urawa since 2007, winning the ACL in his first season and 2017. 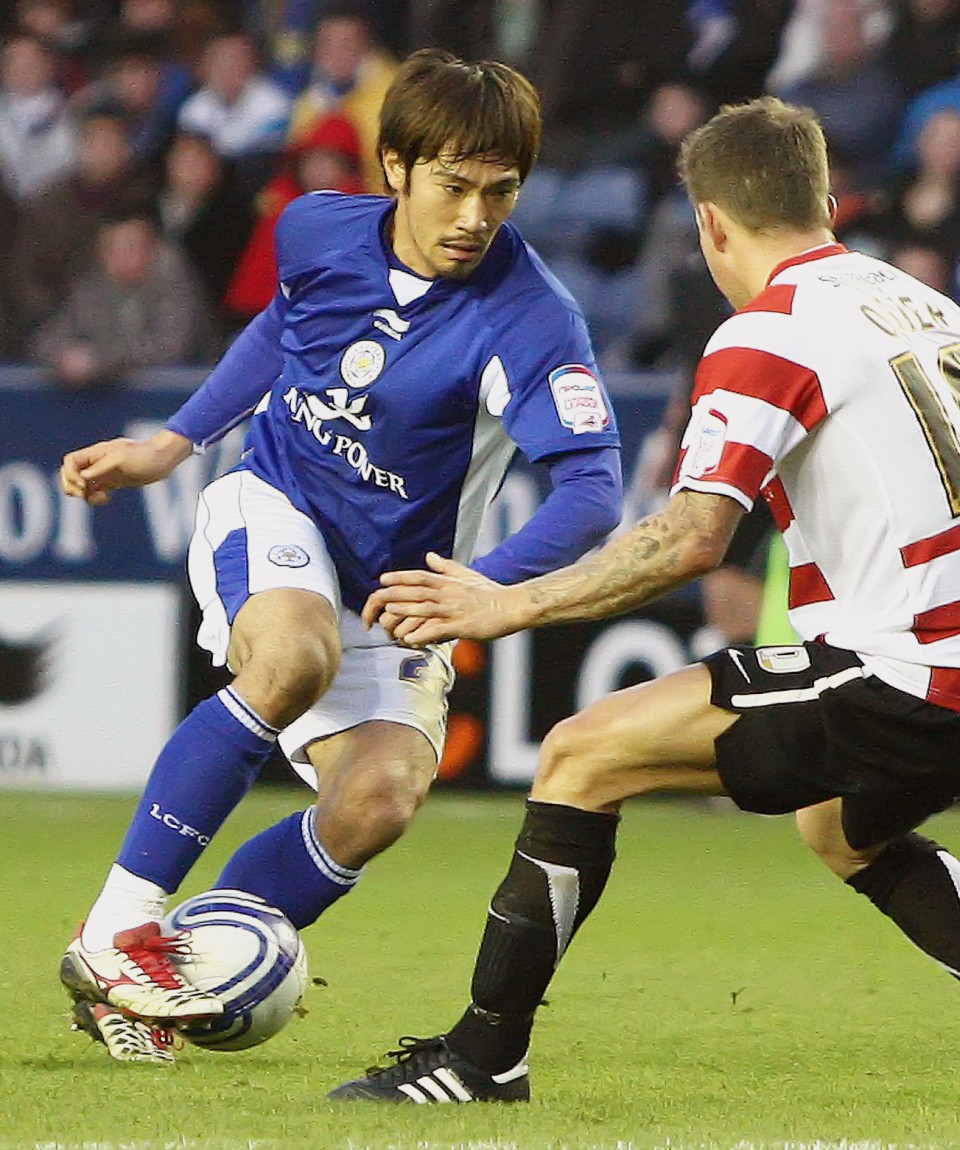 Yuki Abe (L) is pictured in action for Leicester City in December 2010. (Kyodo)

Abe has three goals in 53 appearances for Japan.