The Tokyo Paralympics held this summer has fostered a greater understanding of disabilities, a Kyodo News survey carried out shortly after the games showed Sunday.

Seventy percent of respondents in the survey, conducted on people with a wide variety of disabilities, such as hearing, mental, and visual impairments, in 45 of the 47 prefectures said the hosting of the sports event led to a better understanding of their own disability or disabilities, in general. 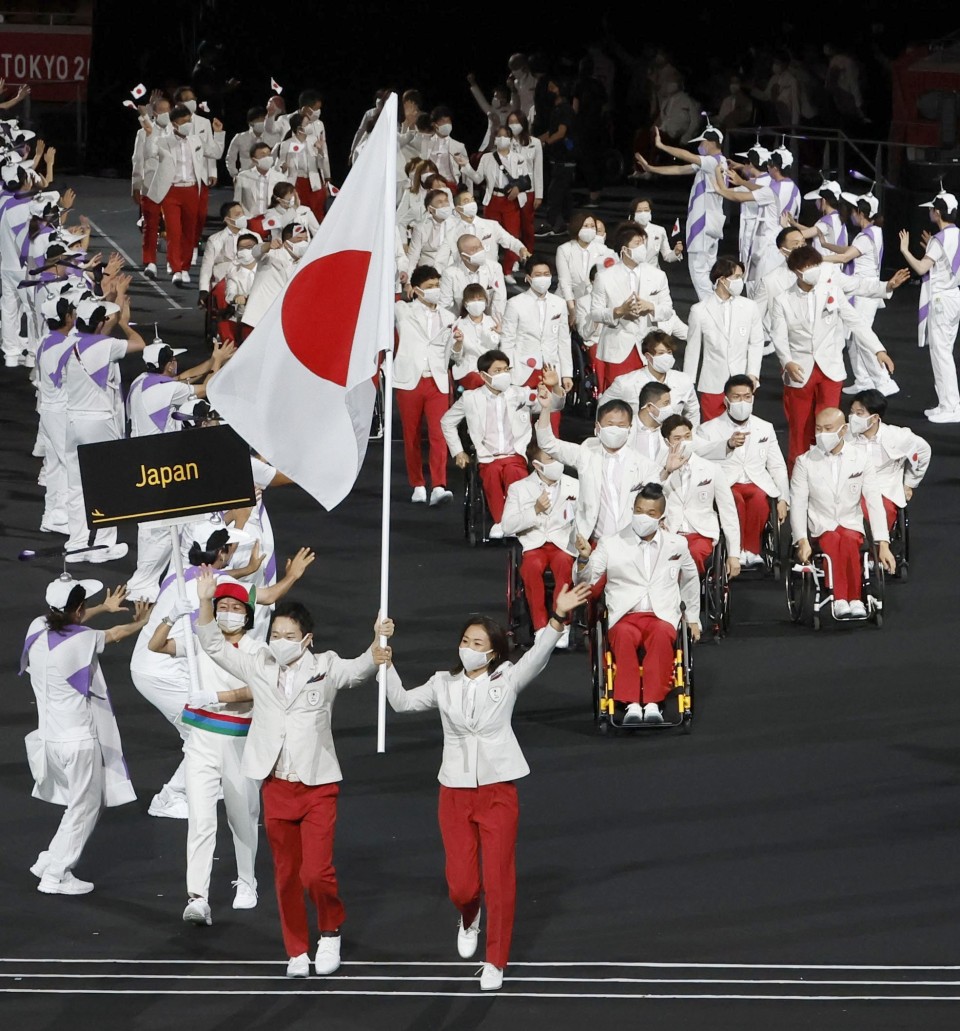 Japan's delegation marches during the opening ceremony of the Tokyo Paralympics at the National Stadium on Aug. 24, 2021, in Tokyo. (Kyodo)

In a similar survey conducted in 2019 before the Summer Games, 62 percent said they expected it to help people better understand the disabled and eventually eliminate discrimination and prejudice.

The Tokyo Paralympics was held mostly without spectators from Aug. 24 to Sept. 5, after a one-year postponement due to concerns over the coronavirus pandemic.

Twenty-two percent of the respondents said they had complicated feelings about hosting the games, considering the risk of spreading the virus.

More than half of the respondents, or 55 percent, said the absence of spectators at competition venues did not affect promoting understanding of disabilities.

Meanwhile, 34 percent said they have recently felt discriminated against or experienced discriminatory treatment, such as being passed over for certain tasks at their workplaces and denied access to services and facilities.

The rate has not shown significant improvement from the 2019 survey, in which 36 percent said they had felt discriminated against or treated in a discriminatory manner.

Many respondents in the latest survey pointed to the importance of enhancing employment and social participation support, as well as improving accessibility and increasing opportunities to mingle with people with disabilities if an inclusive society is to be realized.

Negative views toward the Tokyo Games included the belief that public attention to disability issues will not last long beyond the sports event and that it has not promoted the understanding of disabilities that were not featured in the Paralympics, such as developmental disabilities and mental disorders.

The responses to the survey, conducted from September to October via the internet, email, and fax, were collected in cooperation with the Japan Disability Forum, with 763 people returning answers.

In the 2019 survey, conducted between June and July, 564 people responded.

Japan obtained 51 medals in the Tokyo Paralympics, its second-highest tally, including 13 gold. About 4,400 athletes from 162 countries, regions, and a refugee team joined the games, competing in 539 events across 22 sports.