A stylish Tokyo hotel has gotten a new addition in celebration of the holiday season with the launch of a unique and sustainable Christmas tree dress created by internationally renowned Japanese dress designer Tomo Koizumi.

The Ruffle Christmas Tree Dress is being displayed at the Lobby Bar in The Tokyo Edition, Toranomon in the form of a tree, with its sherbet colors and voluminous shape, both trademarks of Koizumi's designs, standing out in the bar's sleek timber-and-greenery setting. 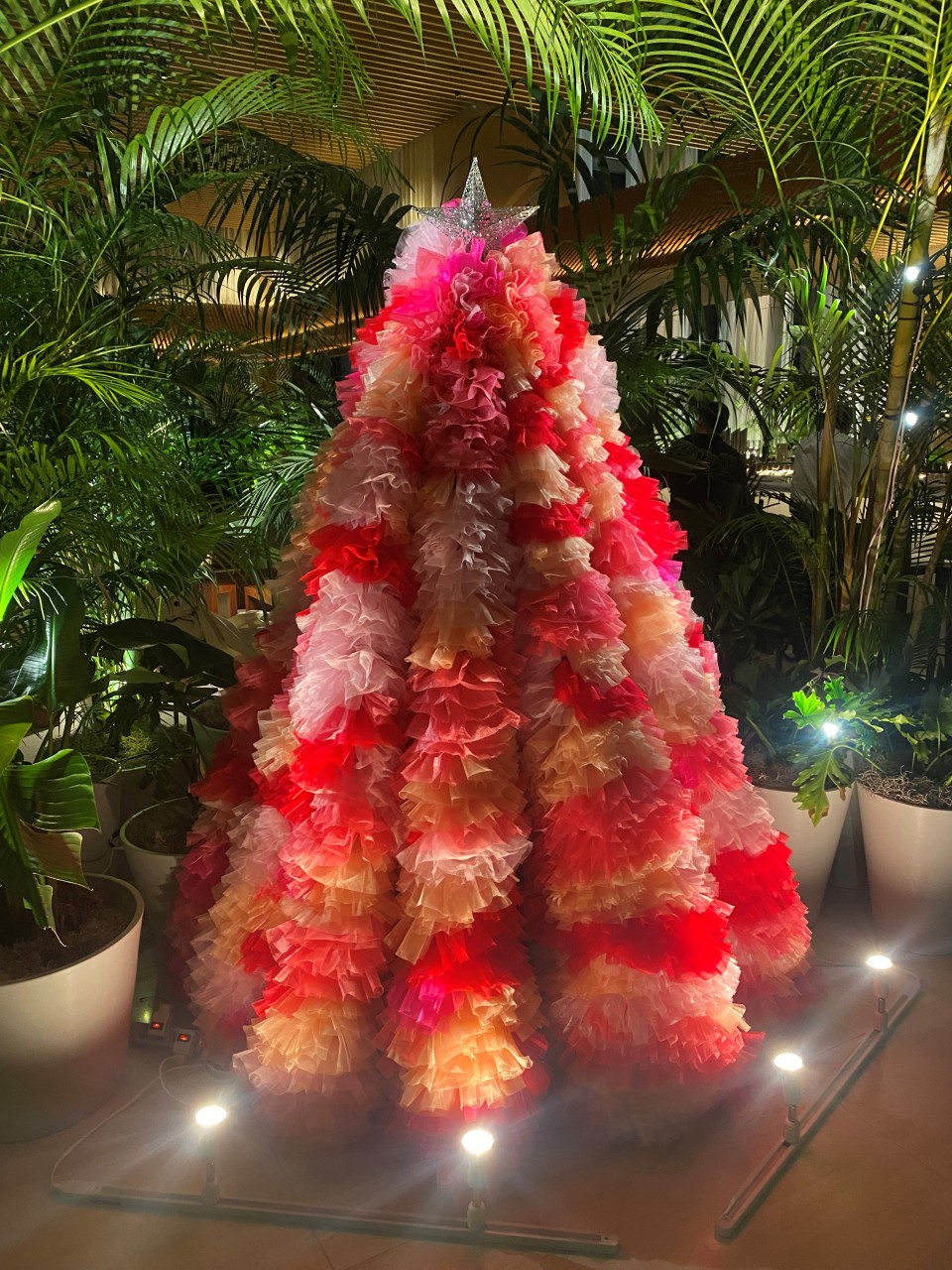 It will remain as a Christmas tree until Dec. 25, after which it will be fitted to a mannequin and transform into a dress from Dec. 26 to Jan. 6, 2022, before returning to the designer's personal archives.

Koizumi hopes that through the dress, more people in Japan will begin to view fashion as a form of art.

"But I think it's all right for the same fashion to be worn every season," he said. "And I wanted to make something that people would enjoy and want to last forever."

After launching his brand in 2011, Koizumi landed his first runway show in New York City in 2019 with support from the likes of famed American designer Marc Jacobs, propelling him into the spotlight of the international fashion scene.

In July, one of his creations, a white dress that fanned into a flowerlike multicolored silhouette, was seen by millions around the world when Japanese singer Misia wore it to sing Japan's national anthem at the opening ceremony of the Tokyo Olympics.

Tokyo Edition's director of culture and entertainment Mami Shirakawa commented that the hotel is delighted to be working with the designer on the installation.

"His concept aligns perfectly with our wider sustainability policies which includes our commitment to the 'Stay Plastic Free' movement to remove all single-use plastics from the hotel," Shirakawa said.

In place of plastic, hotel amenities like toothbrushes, hair brushes and room keys are made from renewable materials like bamboo and guests are offered water in cartons rather than bottles.