Lithuania urges Japan, other democratic states to unite over China

Lithuanian Foreign Minister Gabrielius Landsbergis has called on Japan, the United States and other democratic nations to step up coordination in their dealings with China, citing "economic pressure" the European country is facing from Beijing in apparent retaliation for deepening ties with Taiwan.

In a recent interview in Vilnius, Landsbergis said Beijing "is not basing arguments on international law, just on power," in reference to sanctions he said China slaps on many Lithuanian companies operating in the world's second-largest economy.

"This is the problem of authoritarian countries. We don't consider this a normal way of interactions between countries," he said. 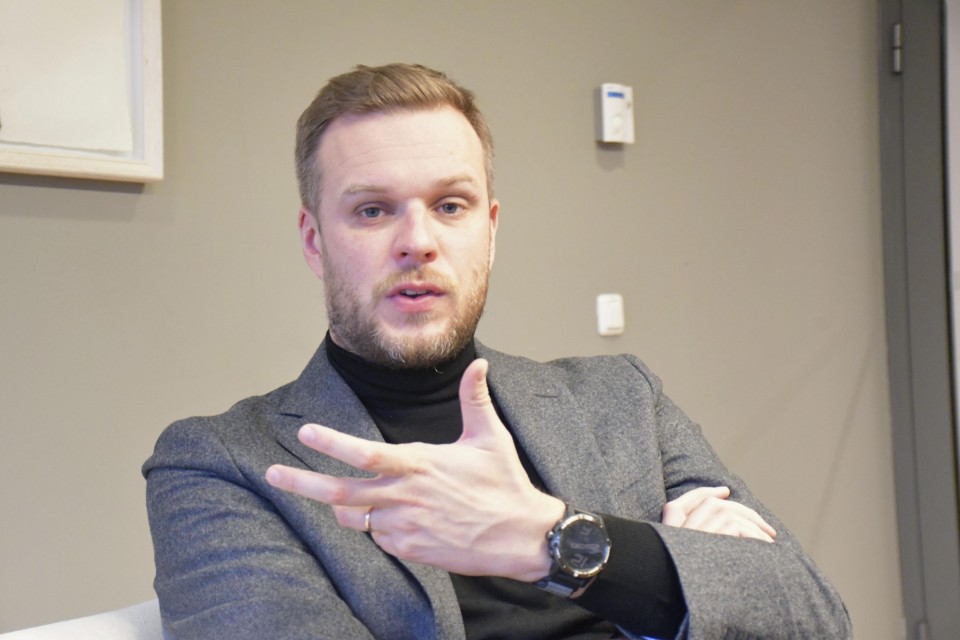 Lithuanian Foreign Minister Gabrielius Landsbergis is pictured in an interview in Vilnius on Nov. 11, 2021. (Kyodo)

"This is a world based on power where one country with more power, more economic leverage can press any other actor in the international arena."

Landsbergis plans to visit Japan in December in what will be an opportunity for him to discuss China policy and other Indo-Pacific affairs with senior Japanese officials.

Landsbergis said "economic pressure" from Beijing poses a "test" for Lithuania, and that the case serves as a test of how democratic countries can assist each other in making China understand its coercive measures would not work, at least in the democratic world.

"If you backtrack, that means that the China policy of pressure is effective," the 39-year-old said. "It can be used on anyone."

Besides Lithuania, other European states such as the Czech Republic and Slovakia have been strengthening ties with Taiwan in opposition to China's alleged human rights abuses against the Uyghur Muslim minority in the Xinjiang region and its crackdowns on pro-democracy protests in Hong Kong.

The European Parliament in October adopted a report recommending that the European Union, a 27-nation bloc of which Lithuania, the Czech Republic and Slovakia are members, strengthen relations with Taiwan, a democratic, self-ruled island that Beijing considers a renegade province to be reunited with the mainland, by force if necessary.

Recalling his meeting with U.S. Secretary of State Antony Blinken in September in Washington, Landsbergis said the United States "was in direct support of our foreign policy decisions," and "that was very important for us."

U.S. President Joe Biden's administration has been boosting relations with Japan, members of the North Atlantic Treaty Organization and other allies in response to rising tensions with China.

China and Taiwan have been separately governed since they split in 1949 as a result of civil war. Their relationship has deteriorated under independence-leaning Tsai Ing-wen, who has served as Taiwan's president since 2016.

Beijing has been intensifying efforts to isolate Taiwan diplomatically, seeking to chisel away at a shrinking group of nations that maintain diplomatic ties with Taiwan.

He said he will not be surprised if a Lithuanian parliamentary delegation visits Taiwan in the near future.

Lithuania decided in July to allow Taiwan to open a representative office in the capital Vilnius, making it the first case in Europe in which the name "Taiwan" has been used for such a facility instead of Taipei.

In response, Beijing announced a recall of its ambassador to Lithuania.