Japan is considering releasing oil from its reserves along with the United States and other countries to help curb rising crude oil prices, Prime Minister Fumio Kishida said Saturday.

If decided on, it will be the first time Japan has tapped its oil reserves to lower prices, with government officials mainly looking to utilize excess stockpiles instead of revising the relevant law. 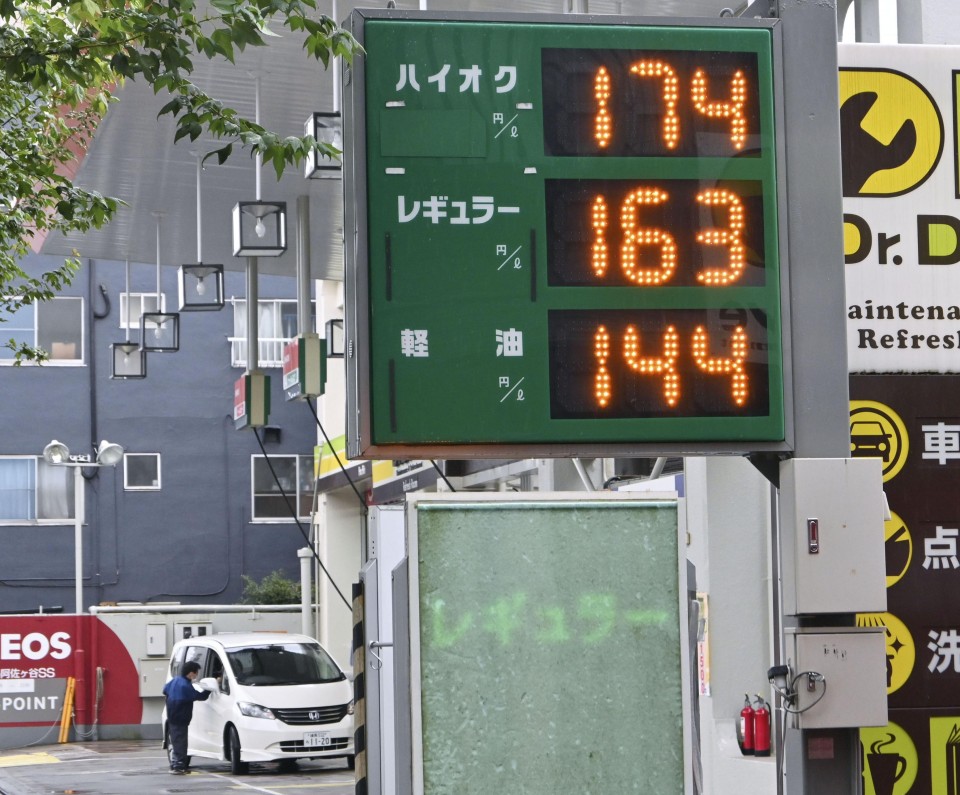 "We are considering what we can do," Kishida told reporters in the western Japan city of Matsuyama when asked about the possibility, as surging prices of gasoline and other fuel products are squeezing households and companies that have already been hit hard by the coronavirus pandemic.

There are, however, voices in the Japanese government cautioning against releasing oil reserves at times other than supply shortages, officials said.

Past decisions to tap reserves were made to address supply concerns following natural disasters and overseas political turmoil. So far, Japan has made releases five times, including in the wake of the Gulf War and the March 2011 earthquake and tsunami in northeastern Japan.

Under the Oil Stockpiling Law, the release is allowed only under such circumstances, and officials believe revising it to lower prices would take time and be unrealistic.

But the amounts exceeding Japan's current reserve targets that the government may utilize would not be restricted by the law, they said.

Kishida's Cabinet approved Friday an economic stimulus package with a record 55.7 trillion yen ($490 billion) in fiscal spending, including a subsidy program for oil wholesalers and importers to contain gasoline and kerosene prices once they hit a certain threshold to alleviate the financial burden.

Responding to a question in a press briefing Friday about the possibility of a coordinated emergency stockpiles release with Japan and other countries, White House Press Secretary Jen Psaki said Washington has been in discussions with leaders from various countries to ensure there is an adequate supply of crude oil, but stopped short of elaborating.

While the Japanese government is hesitant to tap into its stockpile as it could deplete reserves kept for natural disasters, a senior industry ministry official said that refusing the United States' request "is not an option" due to the shared issue of rising gasoline prices.

Japan has three different types of oil stocks -- state-owned, reserves held by companies and those stored with oil-producing countries.

As a member of the International Energy Agency, Japan is obliged to maintain oil reserves equal to 90 days of net imports of the previous year, while the quantity of private emergency stocks should be more than 70 days of its oil consumption in the previous year.

As of the end of September, Japan had reserves for 242 days of domestic consumption, of which 145 days are state-owned, 90 days by the private sector, with the remaining volume jointly stored with oil-producing countries, according to the latest government data released this month.

Markets have already been reacting to speculation that the United States and other countries would release their oil reserves, with U.S. crude oil futures sliding to their lowest level since early October on Friday.

Based on this downward trend, a person in the Japanese petroleum industry said the U.S. government's strategy to zero in on the release is "aimed at cooling down an overheated market, and it may be successful."