Japan's economy in the July-September period shrank a real 0.8 percent from the previous quarter, or an annualized 3.0 percent, much worse than expected as a COVID-19 state of emergency sapped private consumption and a global chip crunch took a heavy toll on car exports, government data showed Monday.

Japan saw the first decrease in two quarters in real gross domestic product, or the total value of goods and services produced in the country adjusted for inflation, following growth of 1.5 percent in the previous quarter, according to the preliminary data released by the Cabinet Office. 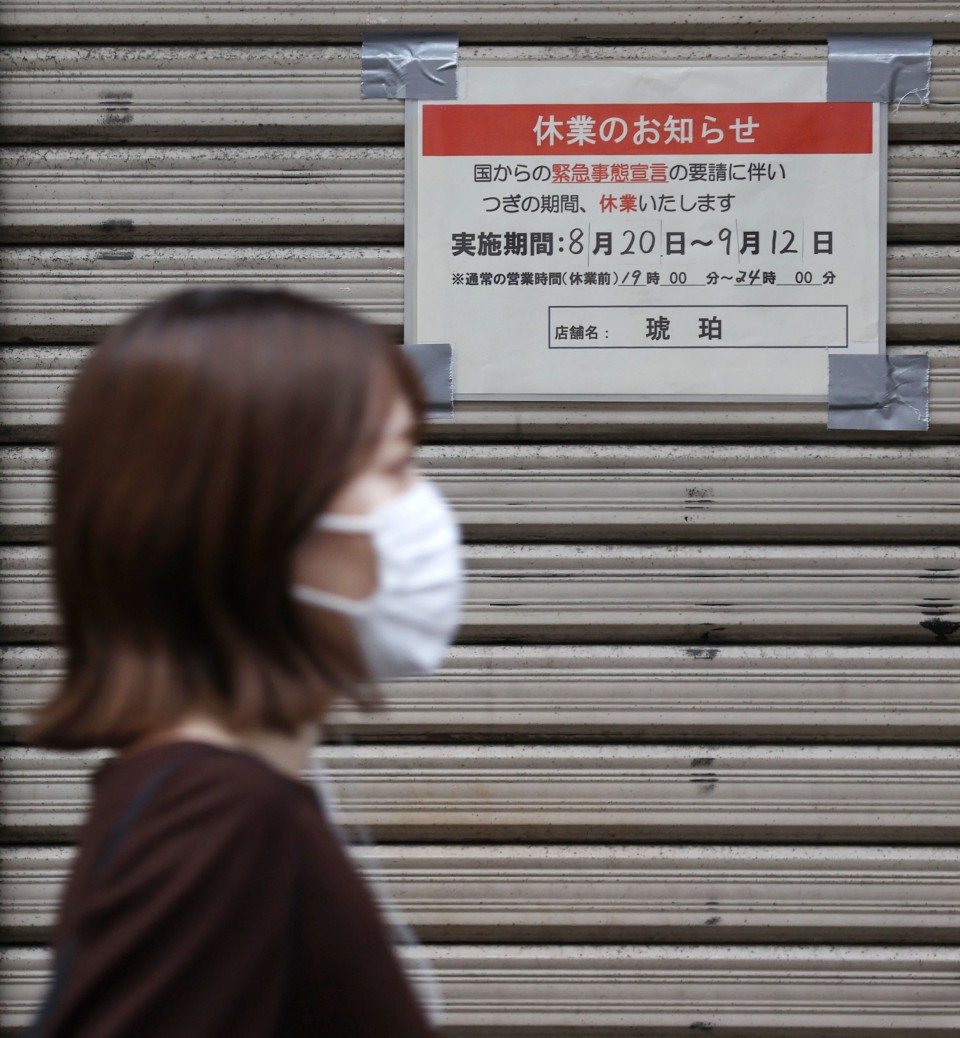 A woman wearing a face mask walks by a closed shop in the southwestern Japan city of Fukuoka on Aug. 19, 2021, amid the coronavirus pandemic. (Kyodo) ==Kyodo

The GDP figure was worse than private-sector economists' average forecast of a 0.6 percent annualized contraction, with the government's anticipation of a rebound to a pre-pandemic level by year-end from its worst slump on record last year becoming less likely.

Private consumption fell 1.1 percent, down for the first time in two quarters, with the Tokyo Olympics not providing a spending driver as the games last summer were staged almost all behind closed doors due to a resurgence of new COVID-19 cases.

With the aim of curbing the resurgence driven by the highly contagious Delta variant, the emergency targeted 21 out of Japan's 47 prefectures at one point, asking people to stay home and restaurants and bars to close early and to refrain from serving alcohol.

Household spending on cars was also sluggish as automakers were forced to cut output since around the summer because of the semiconductor shortage and parts supply disruptions in Southeast Asia caused by a surge in COVID-19 infections. Purchases of home appliances were also weak.

Imports fell 2.7 percent, reflecting lackluster domestic demand and sluggish imports of car parts which helped boost GDP to some extent, according to a government official.

Private housing investment sank 2.6 percent partly due to a global lumber shortage and related soaring prices for the building material.

Government spending rose 1.1 percent, underpinned by its COVID-19 vaccination campaign and financial aid for the medical sector fighting the pandemic and virus-hit businesses. Public investment was down 1.5 percent.

"We should think the actual state of the economy was worse than the figures," said Yoshiki Shinke, chief economist at Dai-ichi Life Research Institute. "Let's say government spending and imports surely pushed up GDP, but the reasons are not positive."

Looking forward, many analysts expect Japan's economy to recover as the number of infections has dipped and the virus emergency was ended nationwide on Oct. 1, easing restrictions on economic and social activities.

Shinke said the Japanese economy is "highly likely to grow at quite a high rate" in the current quarter through December, but he believes it might be hard for the government's projection to be realized as it requires Japan to mark an annualized economic expansion of about 10 percent in the three-month period.

In nominal terms, or unadjusted for price changes, the economy contracted 0.6 percent, or an annualized 2.5 percent, in the July-September quarter.

Revised GDP data is scheduled to be released on Dec. 8. 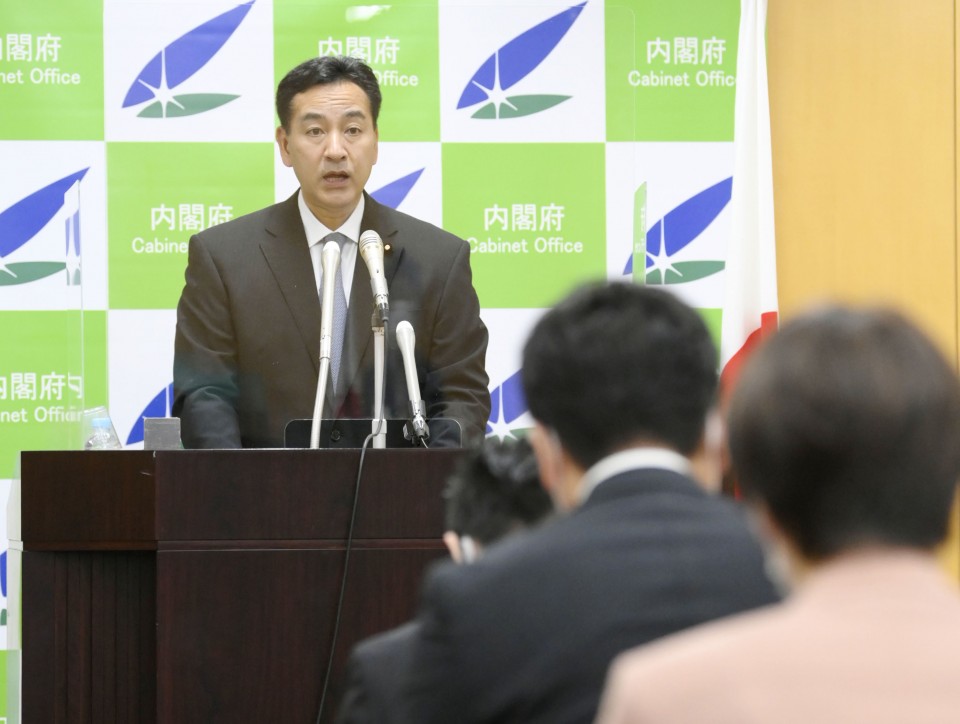