Hong Kong has recorded its third case of a heavily mutated coronavirus strain discovered in southern Africa, health officials said Monday, amid international concerns that the new variant could drive a new wave of transmissions.

At a press conference, the officials identified the third Omicron case as a 37-year-old man who arrived in Hong Kong from Nigeria last Wednesday.

He was undergoing quarantine at a hotel and a sample collected on the third day after his arrival tested positive. 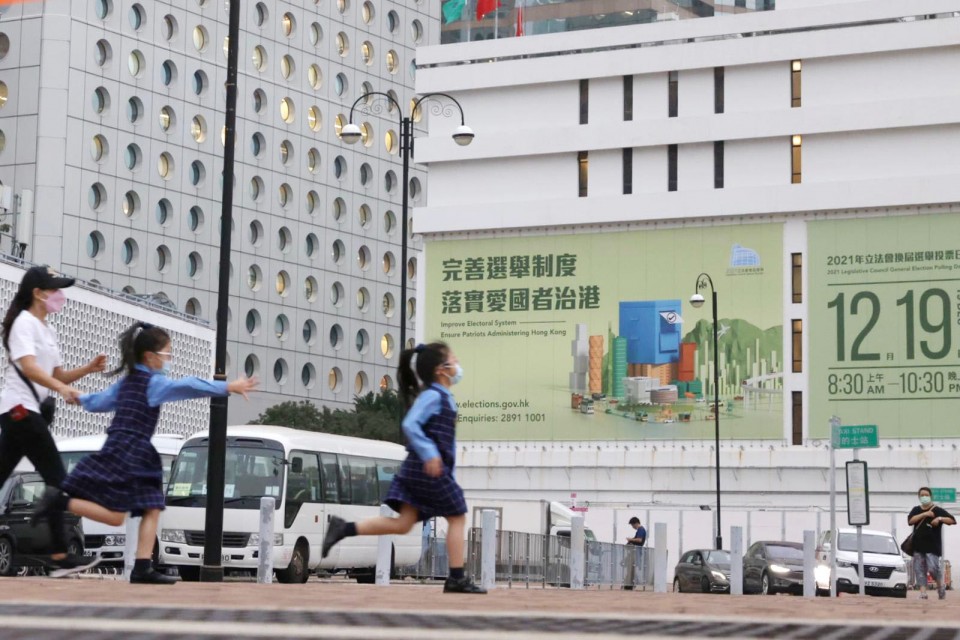 People walk in Hong Kong on Nov. 19, 2021, in front of a banner that reads "Ensure Patriots Administering Hong Kong," ahead of a legislative election in December. (Kyodo)

Officials stressed that the variant had not spread into the community as all three cases were from quarantined travelers.

The first two cases involve a man who had traveled from South Africa and another man who was staying across the hall from him in the same quarantine hotel.

The man who arrived from South Africa had used a so-called "selfish" valve-style mask that does not filter exhaled air, possibly leading to airborne transmission when his hotel room door was open, officials have said.

All three people were asymptomatic and fully vaccinated.

Besides southern Africa, Omicron has now been detected in a number of countries around the world, including Australia, Belgium, Britain, Canada, the Czech Republic, Germany, Israel, Italy and the Netherlands.