Takumi Minamino scored straight after coming off the bench in a late cameo Saturday as Liverpool thrashed Arsenal 4-0 in the English Premier League.

With the hosts up 3-0 at Anfield, the Japanese forward netted with his first touch of the game in the 77th minute, side-footing home Trent Alexander-Arnold's low cross to open his Premier League account for the season. 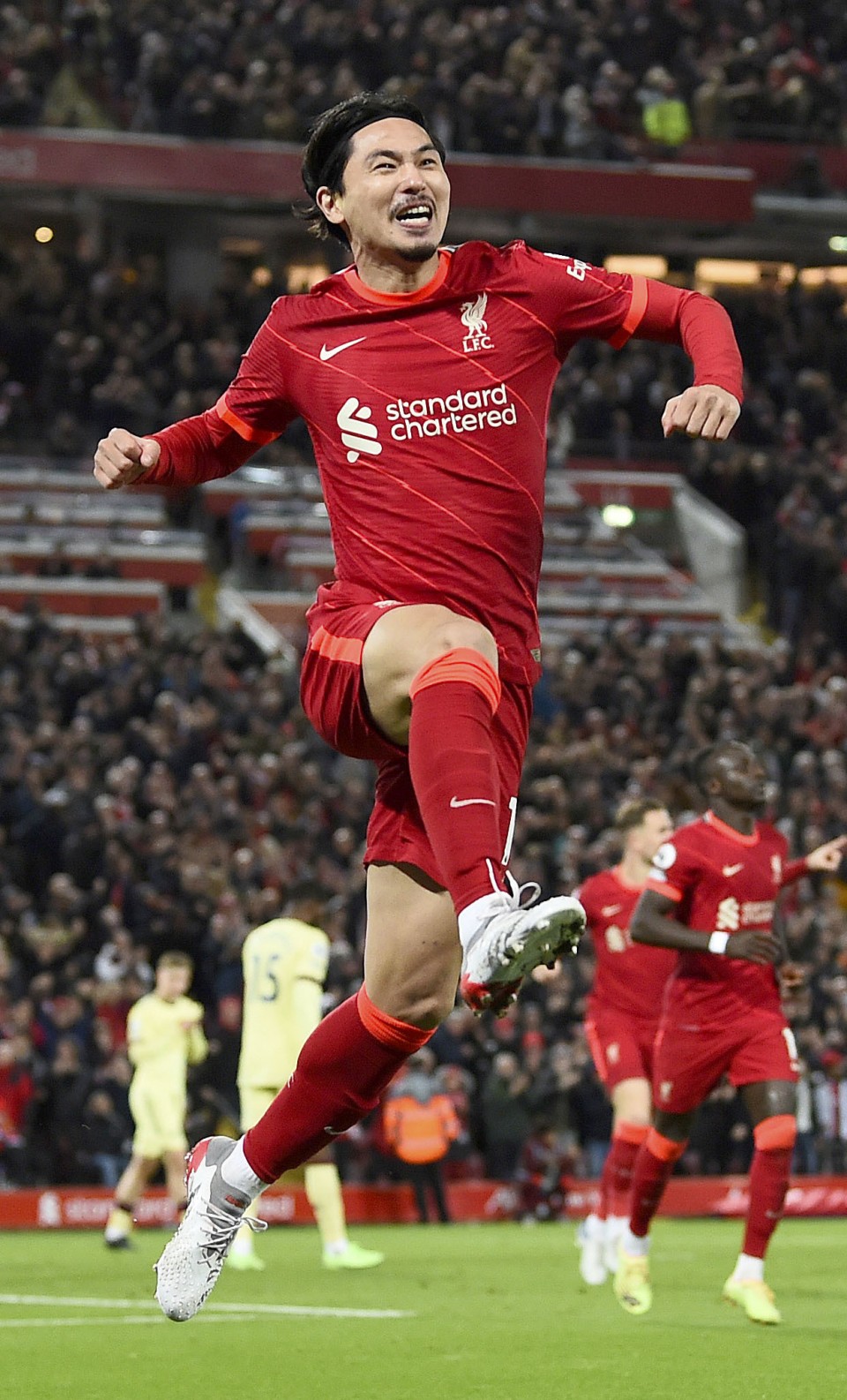 Liverpool's Takumi Minamino celebrates after scoring in an English Premier League match against Arsenal in Liverpool, England, on Nov. 20, 2021. (Kyodo)

The 26-year-old Minamino has made just three league appearances this season, all as a substitute, but has scored three goals for Liverpool in the League Cup.

His performance earned high praise from Liverpool manager Jurgen Klopp, who said Minamino would see more playing time for the club which is contending with several injuries and the impending departure of stars Mohamed Salah and Sadio Mane for the Africa Cup of Nations.

"You can't imagine how happy I am with Taki, he is in an incredible moment and he was actually our solution for pretty much four positions to change," Klopp said.

"The way he played today reflects (how well) he trains in the moment. He will have games, there is no doubt about that."

Mane and Salah netted a goal each for Liverpool, while Portuguese attacker Diogo Jota also scored before taking a knock to the knee and making way for Minamino.

The Glasgow club, which won on a 73rd-minute strike from substitute James Forrest, will play either Rangers or Hibernian for their first silverware under former Yokohama F Marinos manager Ange Postecoglou.

Masaya Okugawa scored in a second straight game for German Bundesliga outfit Arminia Bielefeld, slotting the opener in their 2-2 draw against visiting Wolfsburg.

The Japanese winger has bagged three goals in 11 league games for Arminia this season.

In the Belgian top flight, Ryota Morioka struck his fourth goal of the campaign for Charleroi, who won 2-1 away to Cercle Brugge.