Kei Nishikori bowed out in the second round of the BNP Paribas Open on Saturday, losing 4-6, 6-3, 6-4 to Britain's Daniel Evans.

The Japanese world No. 53 had won their past three meetings and looked ready to extend the streak in Indian Wells after claiming the first set on his strong return game.

But the 22nd-ranked Evans evened things up thanks to an excellent first-serve performance in the second set. 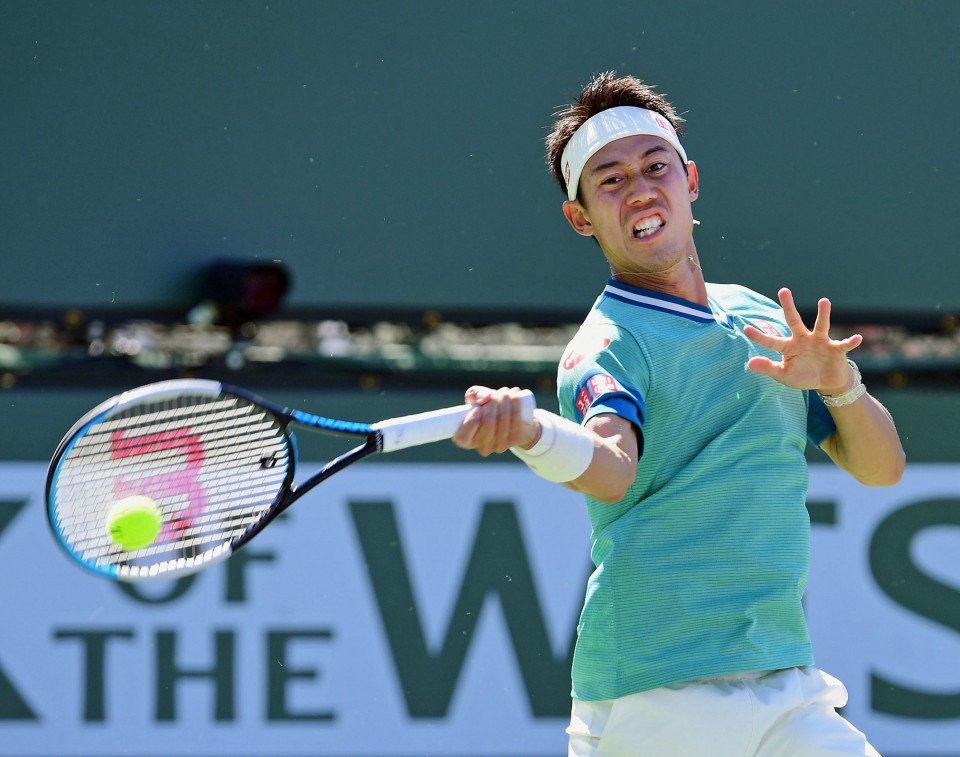 Japan's Kei Nishikori plays a shot during his second-round match against Britain's Daniel Evans at the BNP Paribas Open in Indian Wells on Oct. 9, 2021. (For editorial use only)(Kyodo)

The Briton came from behind in the deciding set, saving four break points and breaking Nishikori's serve at his only opportunity, wrapping up the contest in 2 hours, 48 minutes.

"I was able to play my game in the first set, but from the second, my opponent began controlling the flow and I made more mistakes," the 31-year-old Nishikori said. "I started to feel a little pressure and played negatively."

Evans, the 18th seed, will meet Argentine Diego Schwartzman in the third round.

Among other Japanese in the men's singles draw, Taro Daniel lost his second-round match against 16th-seeded American Reilly Opelka 7-5, 6-3.

Tennis: Nishikori beaten by Djokovic in 3rd round of U.S. Open