Forty-six people were killed and 41 injured in a predawn blaze at a commercial and residential building in Taiwan's southern port city of Kaohsiung on Thursday, authorities said.

The fire broke out in the 13-story building in the city's Yancheng District at 2:54 a.m. and was extinguished at 4:51 a.m., according to the local fire bureau. 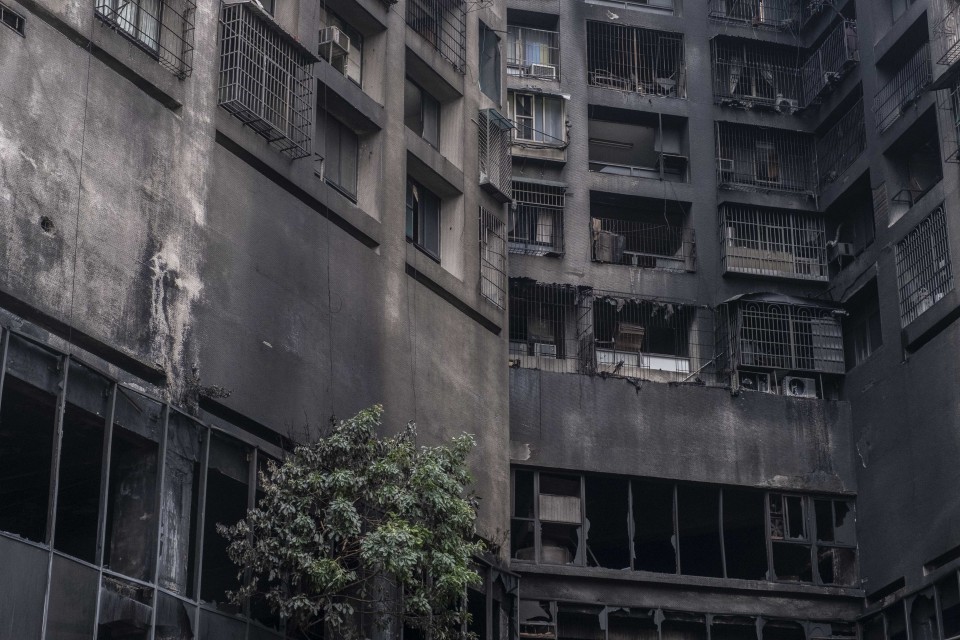 The exterior walls of a residential building stands charred in the wake of a fire on Oct. 14, 2021 in Kaohsiung, Taiwan. (Getty/Kyodo)

Nearly 70 people were rushed to hospital, though some of them died.

The cause of the fire has not been determined. The over 40-year-old building was last inspected on Tuesday.

Its first six floors were commercial and housed a theater, but they had been left idle for quite some time.

The seventh floor and up were residential and had 120 families living there.