Residents of Australia's second-largest city Melbourne gathered at pubs and restaurants early Friday morning after it exited from a total of 262 days of lockdown, the longest cumulative period of stay-at-home orders in the world.

Loud cheering, applause and the honking of car horns rang out across the city as Melbourne exited the lockdown at 11:59 p.m. Thursday, local media reported, after the state of Victoria, of which Melbourne is the capital, achieved full inoculation for 70 percent of residents aged 16 and above. 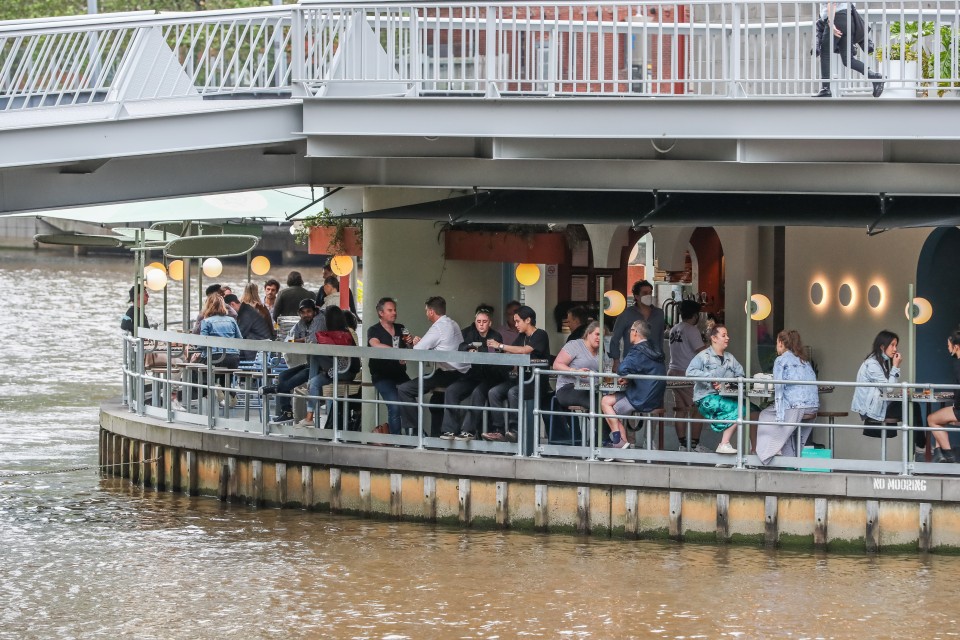 People are seen at a bar on the Yarra River on Oct. 22, 2021 in Melbourne, Australia (Getty/Kyodo)

Daniel Andrews, premier of Victoria, told reporters Friday that the state has ended the lockdown in the city and can begin meaningful steps to open the state fully, according to a report by ABC News.

Victoria lifted the lockdown of Melbourne without eliminating transmission of the virus in the state. On Friday it reported 2,189 new infections and 16 deaths in the latest 24-hour period.

The restrictions, which had been in place since early August, saw Melbourne become the world's most locked-down city, enduring a total of 262 days of stay-at-home orders during six separate COVID-19 lockdowns since March 2020, the longest cumulative lockdown for a city in the world according to the reports by local media.

Under the eased restrictions in Melbourne, restaurants, hair salons and outdoor entertainment venues reopened with strict density limits in place, and residents are no longer be subject to a nightly curfew and 15-kilometer travel radius. But face masks remain mandatory indoors and outdoors.

As vaccination levels increase across the country with 71 percent of all Australians aged 16 and over now fully inoculated, the nation is looking toward reopening state and international borders, after a third wave of infections swept across the country's southeast from June, forcing months-long lockdowns in Sydney, Melbourne and the capital Canberra.

While the rest of the country remains largely COVID-free, the third wave triggered by the highly infectious Delta variant has forced Australia to abandon its previously successful elimination strategy, turning to vaccinations as the path out of the pandemic.

Despite the rise in cases in recent months, Australia's coronavirus numbers remain relatively low, with just over 152,000 cases and 1,590 deaths since the pandemic began.