An earthquake with a preliminary magnitude of 4.6 struck Ibaraki Prefecture, north of Tokyo, on Thursday morning, but there was no threat of a tsunami, the weather agency said.

The quake occurred at around 9:55 a.m., registering 4 on the Japanese seismic intensity scale of 7 in Bando in the prefecture, the Japan Meteorological Agency said. The quake was also felt in parts of Tokyo and neighboring prefectures. 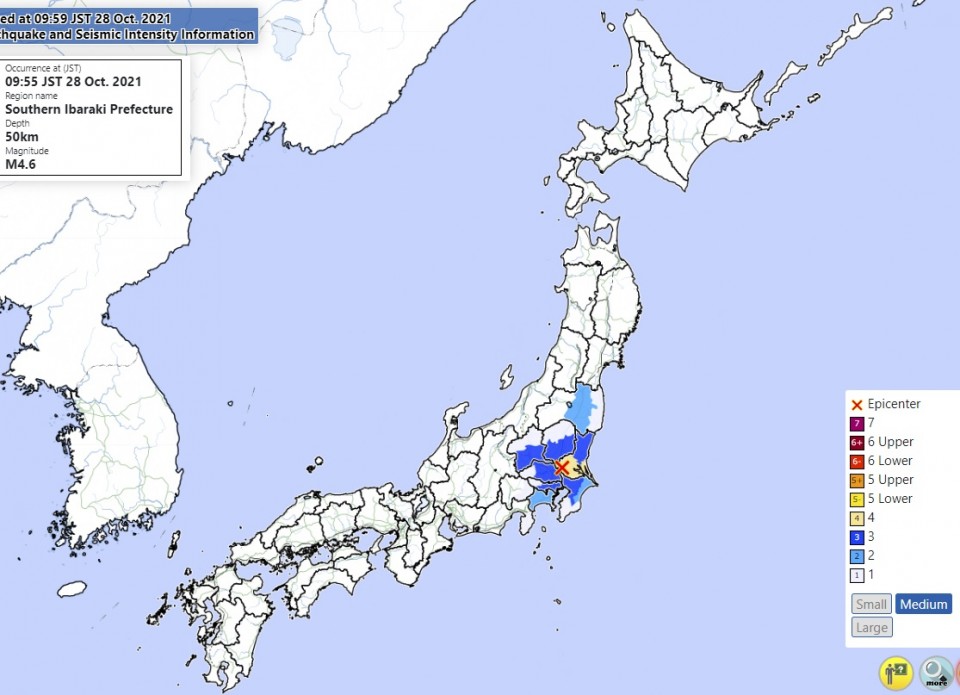 The focus in the southern part of the prefecture was at a depth of about 50 kilometers, according to the agency.

No abnormalities were reported at Japan Atomic Power Co.'s Tokai No. 2 nuclear power plant in the prefecture, according to the local government.