The flame for the Beijing Winter Olympics was lit Monday in Greece's ancient Olympia, the ceremony completed after protests took place against the Chinese suppression in Tibet and toward the Muslim Uyghur minority in Xinjiang.

Three human rights activists were led away by the police after they entered the ceremony site of the Temple of Hera and unfurled a "No Genocide Games" banner right after the flame was lit, reported Reuters. 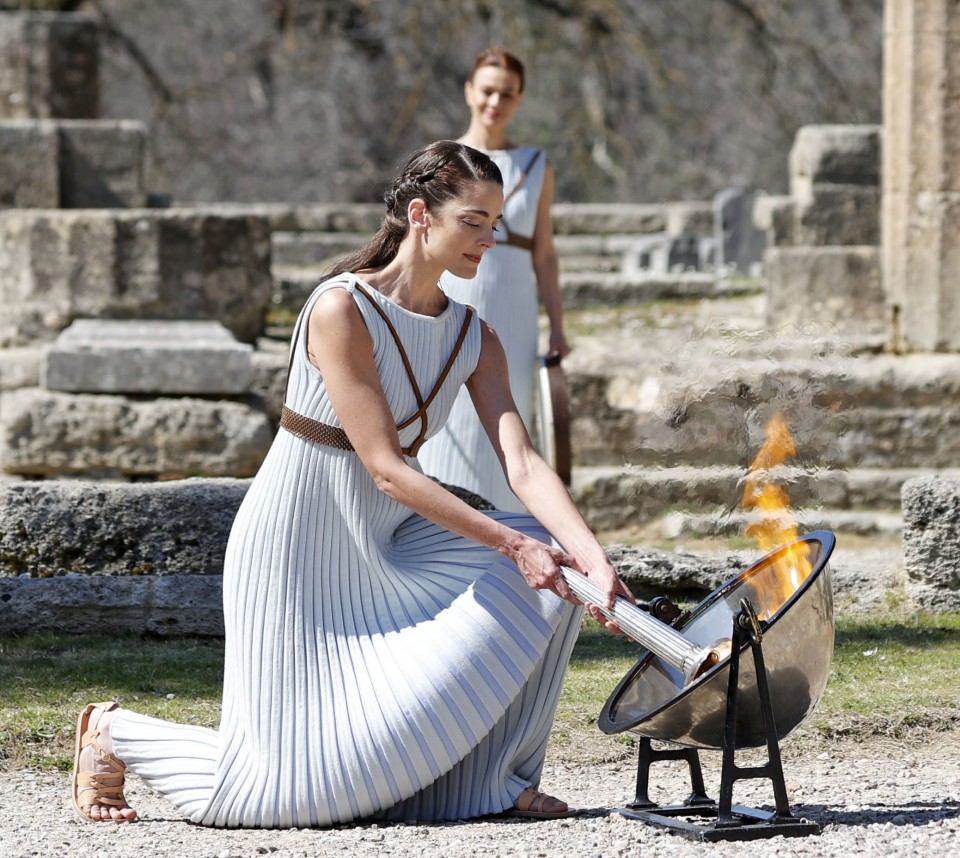 Four others were detained by the police ahead of the ceremony, added the report, after two more protesters were arrested on Sunday in Athens.

The ceremony took place without spectators, replicating COVID-19 safety measures from the March 2020 lighting ceremony for the Tokyo Olympics, as an actress acting as a high priestess ignited the flame using the sun's rays.

The ceremony was not interrupted by the protest with International Olympic Committee President Thomas Bach, the games organizers and IOC Vice President Yu Zaiqing in attendance.

The Greek leg of the torch relay, which normally tours the country for around a week, will not be held ahead of the Winter Games starting Feb. 4 in the Chinese capital.

The flame will be relayed to the games organizers on Tuesday at the Panathenaic Stadium in Athens before it arrives in China on Wednesday.