Roh, who served as president between 1988 and 1993, was recently hospitalized after his health deteriorated, South Korea's Yonhap News Agency reported, citing his aides. 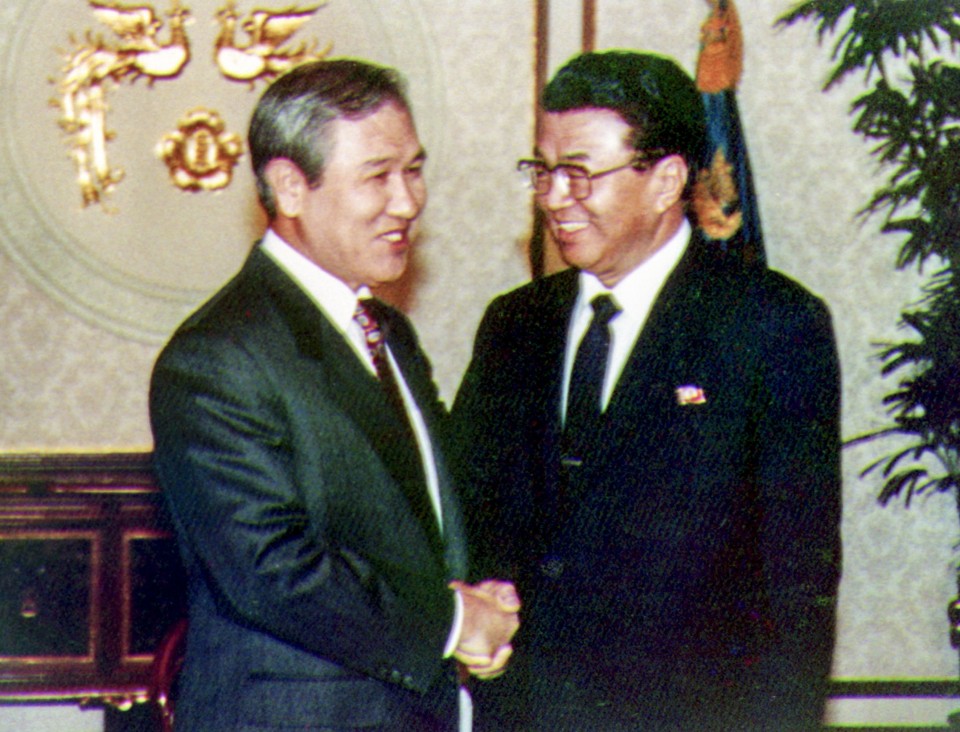 While in office, Roh embarked on his signature foreign policy called Northern Diplomacy, or Nordpolitik, reaching out to China and the former Soviet Union, Cold War allies of North Korea.

Roh, along with Chun Doo Hwan, an army general and his predecessor as president, staged a military coup in 1979, seizing power.

As pro-democracy rallies prevailed across the country in 1987, Roh made a declaration accepting calls for a system to directly elect the president. In December that year, he won the presidential election and assumed the post in February 1988.

During his presidency, Roh successfully hosted Seoul Summer Olympics in 1988 and promoted the Northern Diplomacy, with South Korea establishing diplomatic ties with the Soviet Union in 1990 and China in 1992.

The South's ties with the North improved under Roh. The two Koreas were simultaneously admitted to the United Nations in September 1991 and the countries in December that year signed an agreement on reconciliation and exchange and adopted a joint statement on denuclearization of the Korean Peninsula.

But after his presidency, Roh, together with Chun, was convicted in 1996 of corruption, as well as mutiny and treason for the 1979 coup and the bloody crackdown of a democratization movement held in the southwestern city of Gwangju in May 1980, in which scores of civilians were killed.

Roh was given a 17-year prison term but later granted a pardon in 1997.