Japanese judoka won four of the seven gold medals on offer on the opening day of the Paris Grand Slam judo tournament on Saturday.

Wakana Koga, who took the women's 48-kilogram silver at the world championships in June, defeated France's Melanie Legoux Clement by ippon in the final of her weight class for Japan's first gold in the 50th edition of the International Judo Federation event. 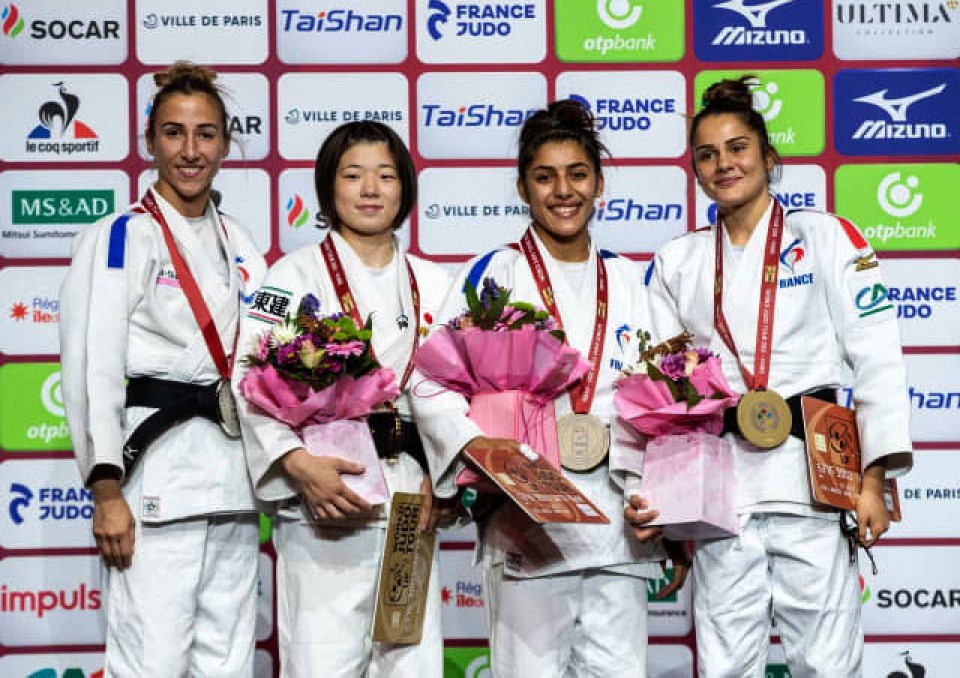 Japanese judoka Wakana Koga (2nd from L) poses with her women's 48kg gold medal on the podium at the Paris Grand Slam held at the AccorHotels Arena in Paris on Oct. 16, 2021. (Photo courtesy of International Judo Federation)(Kyodo)

Kenshi Harada won the men's 73kg title, and Haruka Funakubo secured the women's 57kg title by winning all four of her bouts by ippon.

Soichi Hashimoto, the world champion at the men's 73kg in 2017, and Ryoko Takeda, competing in the women's 52kg, were both eliminated in the second round.

For the Japanese national judo team, the two-day Paris Grand Slam, featuring 45 countries and 281 judoka, is the first international event since the Tokyo Games. No athletes who took part in the Olympics this summer are competing.