Chinese President Xi Jinping emphasized Saturday that the Communist-led government can completely reunify Taiwan with the mainland as his leadership steps up military pressure on the self-ruled, democratic island.

But Xi also said, in a speech to commemorate Sunday's 110th anniversary of the 1911 revolution that ended 2,000 years of imperial rule in China, that national reunification "by peaceful means" serves Beijing's interests. 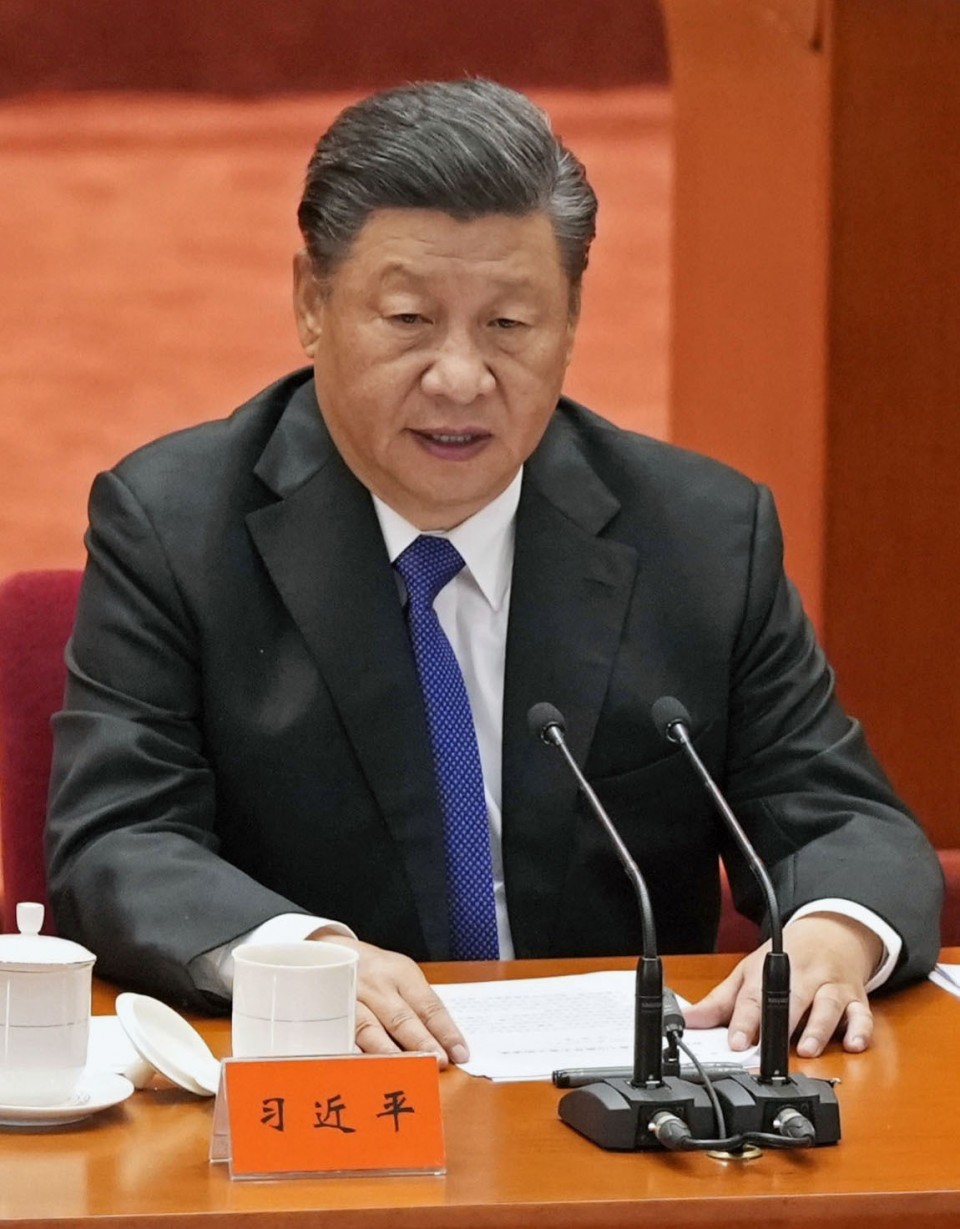 Chinese President Xi Jinping makes a speech to commemorate the 110th anniversary of the 1911 revolution that ended 2,000 years of imperial rule in the country in Beijing on Oct. 9, 2021. (Kyodo)

Xi indicated China has been keen to reunify Taiwan with the mainland, although it has not necessarily been the intention to use military might to attain the Communist Party's cherished goal.

Achieving national reunification is a "mission for Chinese people," Xi said, adding that issues related to Taiwan are "purely internal affairs" and "any foreign forces are not allowed" to interfere in them.

Taiwan's Mainland Affairs Council, which handles its relations with China, responded by rejecting its "one country, two systems" model and saying "only the 23 million Taiwanese people have the right to decide the future and development of Taiwan."

The council vowed that Taiwan would "firmly defend national sovereignty and security."

Calling on the Beijing authorities to "abandon provocative measures of intrusion and destruction," it said cross-strait relations can only improve through "peace, parity, democracy, and dialogue."

While Xi has pledged to advance the process of peaceful reunification between the mainland and the island, military tensions surrounding the Taiwan Strait have been escalating recently, becoming one of the sources of Sino-U.S. strains.

Since early October, a large number of Chinese military planes have entered Taiwan's air defense identification zone, sparking concern that Xi is attempting to reunite the island with the mainland by force.

Xi has instructed the country's army to increase military pressure in the southwestern region of Taiwan, sources familiar with the matter said earlier this week.

China and Taiwan have been governed separately since they split in 1949 as a result of a civil war. Relations have deteriorated since independence-leaning Tsai Ing-wen became Taiwan's president in 2016. The mainland considers the island as a renegade province.

The United States switched its diplomatic recognition from Taipei to Beijing in 1979. However, it maintains substantive though unofficial exchanges with the island and supplies it with billions of dollars worth of arms and spare parts for its defense under the Taiwan Relations Act passed by the U.S. Congress in 1979.

In Taiwan, Oct. 10 is celebrated as the anniversary of the founding of the Republic of China, which was established in 1912 in the mainland and remains the island's official name.