Japanese Prime Minister Fumio Kishida may have witnessed the harsh reality of how investors react when his suggestion of higher capital gains tax rates apparently sent Japanese stocks lower shortly after he was elected president of the ruling party last month.

Heading into the House of Representatives election at the end of October, Japan's ruling and opposition parties are making campaign promises that, if realized, could also have ramifications for financial markets. 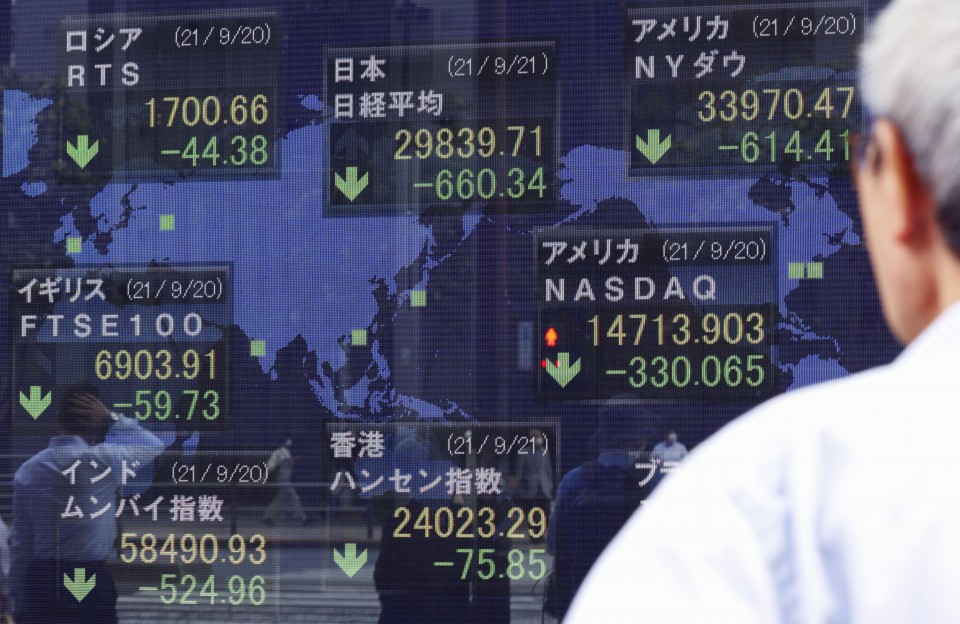 Some items are more feasible than others because they are already in the works. But there are also ambitious ideas that experts deem difficult to realize.

One of the more controversial ones is a review of the requirement for companies in Japan to disclose quarterly earnings reports.

In his first policy speech in parliament, Kishida, who became prime minister on Oct. 4, touched on the idea as part of his efforts to focus on redistribution -- the key theme for his goal of creating a new form of capitalism.

The Liberal Democratic Party led by Kishida also included that promise in its election platform. 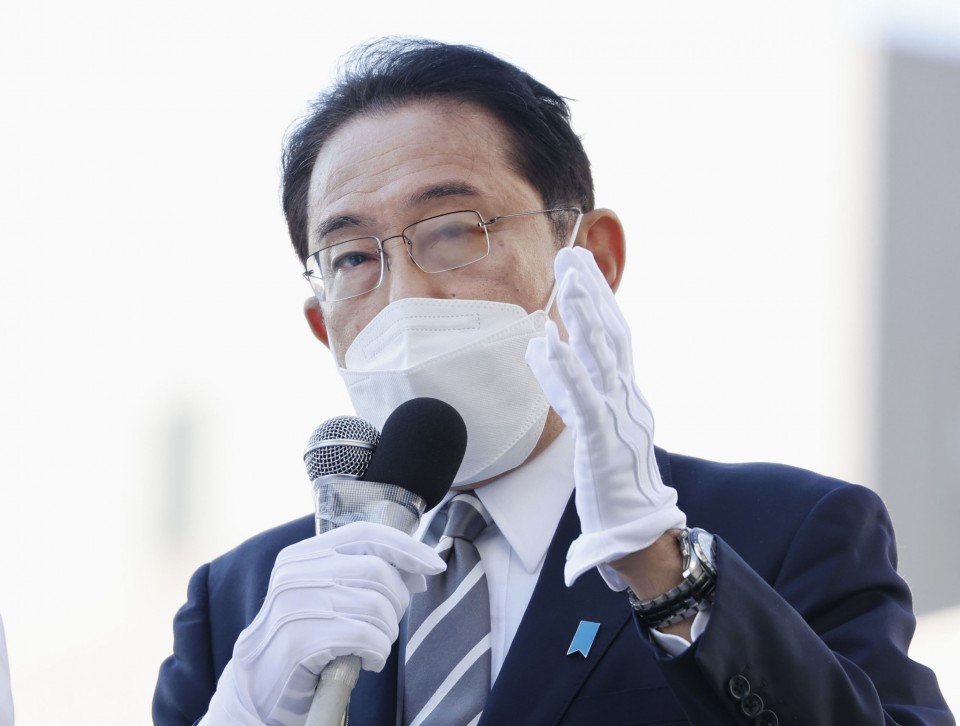 Japanese Prime Minister Fumio Kishida, the leader of the ruling Liberal Democratic Party, makes a stump speech in Asahikawa in Hokkaido on Oct. 22, 2021, ahead of a general election on Oct. 31. (Kyodo) ==Kyodo

Behind the call is the view that companies should be relieved from the time and resource-consuming task of compiling financial reports every three months and that the practice makes them focused on chasing short-term profits.

On the flip side, however, the rule change could make Japan and companies look like they were taking a step back in terms of information disclosure, experts say.

"For investors, the more information they have, the better," said Shoichi Tsumuraya, a professor at Hitotsubashi University.

Tsumuraya, an expert in finance and accounting, said the change will require a revision to the country's relevant law, adding it is "unrealistic" to do so because he doubts it is a pressing issue.

"Still, I'm of the view that the disclosure of reports every quarter should be left to each company because they can spend more time with shareholders talking about mid- to long-term plans instead."

Japan has been pushing for corporate governance reform since the time of former Prime Minister Shinzo Abe, who was mindful of the considerable presence that foreign investors have in the country's stock markets.

Masakazu Tokura, chairman of the Japan Business Federation, said quarterly disclosure is a tool for companies to communicate with shareholders, striking a cautious note.

"A rapid change to the system would cause unwanted confusion in markets, and we believe (the issue) should be considered carefully," the Keidanren chief told a recent press briefing.

Kishida is also seeking to expand what is known as a "university fund" to 10 trillion yen by the end of March 2023. The fund, which is scheduled to be launched in the current fiscal year, aims to bolster research at universities with its investment profits.

Media polls show the ruling coalition of the LDP and Komeito is expected to secure a majority of the 465 seats up for grabs in the election, making some pledges more attainable.

Japan pledged to bring carbon dioxide emissions to net zero by 2050 when Kishida's predecessor Yoshihide Suga was prime minister, putting it on par with the United States and Europe.

"It's not just Japan that needs to work toward carbon neutrality and expand markets for sustainable bonds," said Takuya Nomura, a senior economist at the Japan Research Institute.

"Japan is still in the phase of developing a framework... but needs to move it forward if it wants to raise its presence while Hong Kong and Singapore are running far ahead," Nomura said.

Britain, Luxemburg, Hong Kong and Singapore are among the leading markets for green bonds used to finance environmentally-friendly projects. Government support is seen as critical to developing something similar in Japan.

Some opposition parties are proposing more drastic ideas in their campaign platforms for the election in which they aim to show they can be a viable alternative to the ruling coalition.

The major opposition Constitutional Democratic Party of Japan wants to introduce progressive corporate tax rates, meaning that the more a company earns, the more tax burden they should shoulder.

The CDPJ is also calling for higher capital gains tax rates, an idea that Kishida has apparently entertained, but the LDP did not include in its campaign platform.

The Democratic Party for the People is floating the idea of "education bonds" to make education free from preschool through high school. It plans to secure 50 trillion yen over a decade by using the bonds, taking issue with the current government spending on education.

The smaller opposition party also proposed to make some of the BOJ's massive holdings of Japanese government bonds perpetual to reduce debt-servicing costs, though Kishida appears to have reservations about it.

The BOJ owns over 40 percent of Japanese government bonds as part of its aggressive monetary easing, with total state debt twice the size of the economy.

"My focus is on whether or how the country's fiscal stance would change," said Takuya Hoshino, a senior economist at the Dai-ichi Life Research Institute.

"There are items that are particularly geared toward appealing to voters. Raising the capital gains tax may be controversial, but its impact on tax revenue would only be limited after all," Hoshino said.