Japan said Friday it sees no technical problem with Taiwan joining the Trans-Pacific Partnership free trade deal after the island filed its application earlier this week, triggering a protest from Beijing, which recently made a similar bid.

"The TPP-11 agreement stipulates countries and separate customs territories may join, therefore we recognize that Taiwan is able to accede to the pact" technically, Chief Cabinet Secretary Katsunobu Kato told a press conference.

Kato added that Japan needs to examine whether Taiwan is prepared to fully meet the "high-level rules" on market access and other areas under the 11-member TPP, formally known as the Comprehensive and Progressive Agreement for Trans-Pacific Partnership. 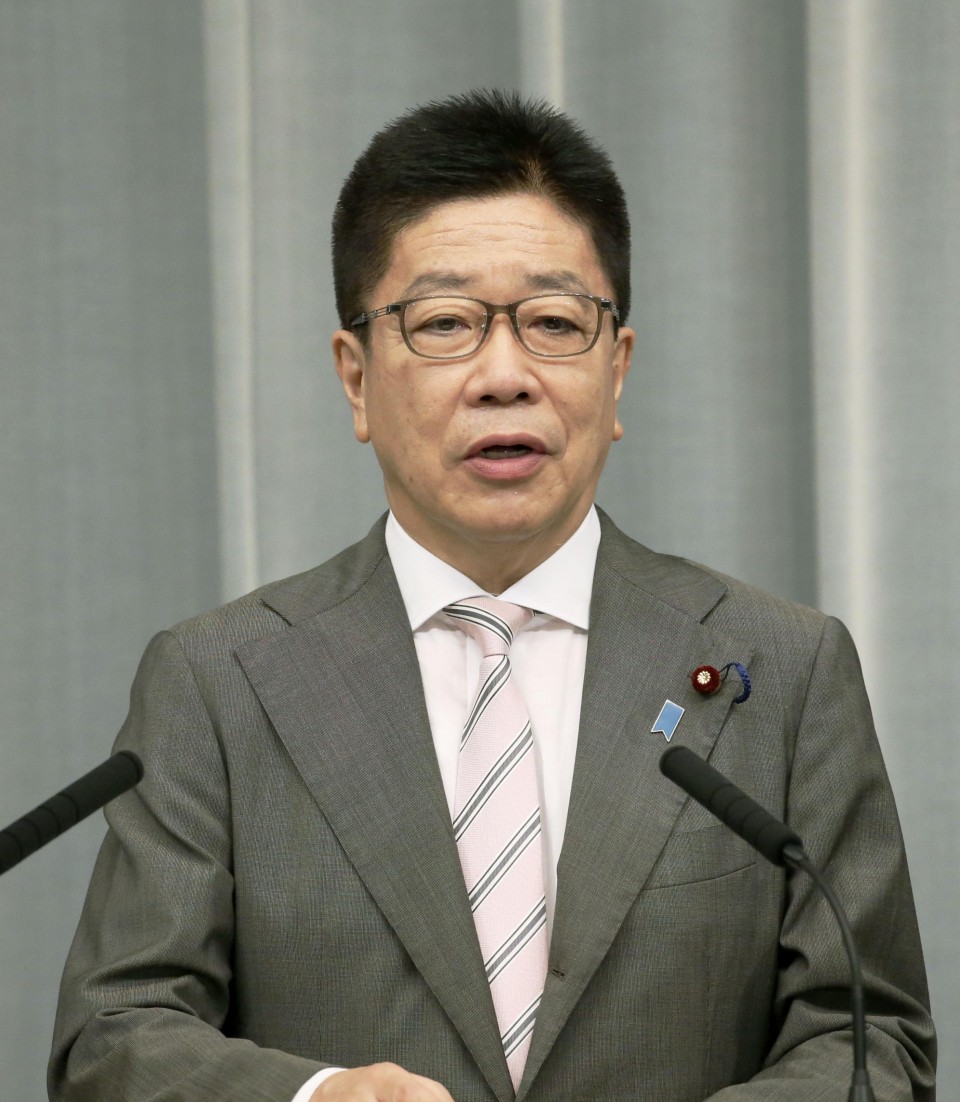 Taiwan has indicated it will negotiate with Tokyo whether to lift its ban on food imports from five Japanese prefectures hit by the 2011 Fukushima nuclear disaster in talks to join the TPP. The top government spokesman said Japan will seek an early lifting of the restrictions.

The entry application by Taiwan on Wednesday followed a similar bid made last week by mainland China for membership of the trade pact, which involves such countries as Japan, Australia and Singapore. The unanimous approval of all 11 members is required to join the deal.

Earlier this year, Britain applied to participate in the TPP. Yasutoshi Nishimura, Japan's minister in charge of TPP negotiations, said Friday the first working group meeting on Britain's accession will be held online next Tuesday.

Finance Minister Taro Aso also said Friday all the applications "should be dealt with fairly."

The other existing TPP members are Brunei, Canada, Chile, Malaysia, Mexico, New Zealand, Peru and Vietnam. Meanwhile, the United States remains cautious about returning to the treaty after its withdrawal in January 2017 under the administration of President Donald Trump, the predecessor of Joe Biden.