Japanese "bento" box meals called "ekiben," typically eaten on the train on long-haul trips, will make a debut at a Paris railway station in November, featuring a dish of seasoned chicken with rice.

Hanazen, a time-honored company based in northeastern Japan's Akita Prefecture, said it will start selling bento meals also featuring local food items such as "udon" noodles and smoked radish pickles at the Gare de Lyon station, which is one of the biggest terminals in France with 160 million annual users. 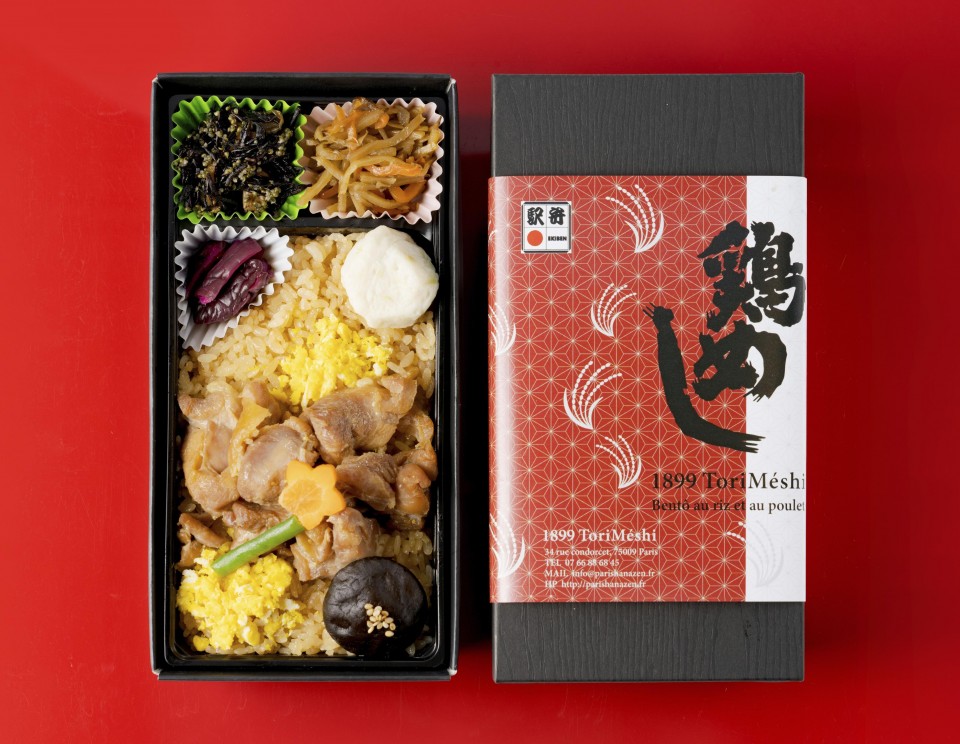 Photo shows a bento box sold at an outlet of Hanazen in Paris. (Photo courtesy of Hanazen)(Kyodo)

The ekiben boxes will be sold at a pop-up store at the station through April next year, as the company that started selling bento in 1899 in Akita Prefecture has been approved to operate the business by the French national railway company.

As part of efforts to promote the country's food culture, Hanazen also plans to sell "daifuku" soft round rice cakes stuffed with sweet bean paste as well as Japanese sake.

In Japan, ekiben boxes are typically sold at kiosks, with passengers often bringing such bento meals on the train.

"If the culture of ekiben spreads, people might want to come to Akita Prefecture and eat the meals there," Hanazen chief Shuichi Yagihashi, 45, told a press conference in the prefectural government office last Tuesday.

The company has a subsidiary in France and opened an outlet in Paris in 2019.