A woman chipped her tooth after biting into a hamburger containing a metal-like object at a McDonald's outlet in southwestern Japan earlier this week, McDonald's Holdings Co. (Japan) said Friday.

The 26-year-old woman came to an outlet in Fukuoka city at around 2 p.m. Tuesday and purchased a Rich Cheese Melt Tsukimi hamburger to go. She noticed the foreign object -- shaped like a spring and thought to be a part of a cooking utensil -- just after biting into the burger, according to the fast-food chain. 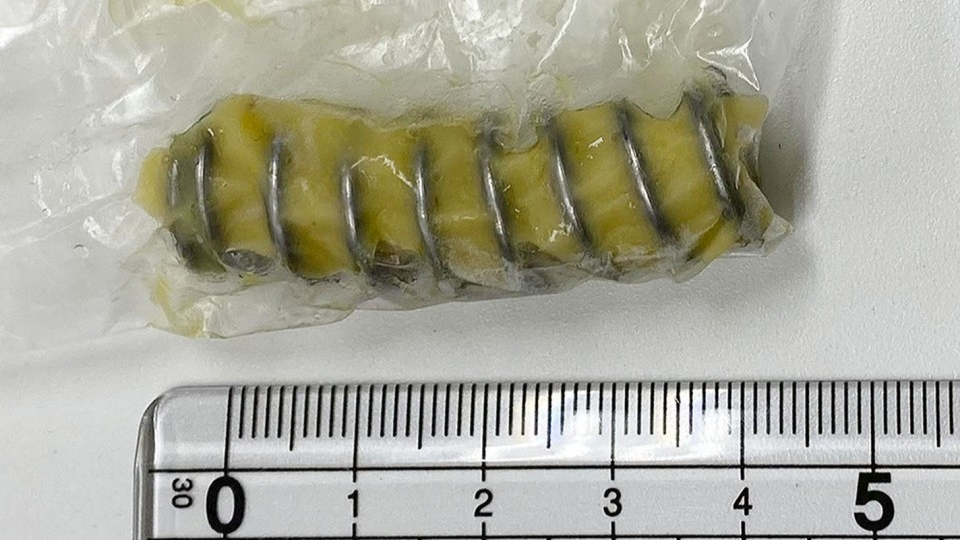 The woman said she felt pain in her mouth and went to a hospital the same day. Her tooth had about a 1-millimeter chip, and she was diagnosed with acute pulpitis.

"I was looking forward to having lunch. I don't know what I would do if the same thing happens again," she told Kyodo News.

The Japanese affiliate of the global fast-food chain apologized to the woman and refunded her money. The company said it has instructed all stores to inspect their utensils and is investigating the cause of the incident.