Nearly all major factions in Japan's ruling Liberal Democratic Party plan to allow members to vote for whoever they prefer in the party's upcoming leadership election, as candidates on Wednesday stepped up preparations for the race to choose Prime Minister Yoshihide Suga's successor.

With six of the LDP's seven major factions essentially allowing a free vote, the Sept. 29 ballot will be different from typical elections to choose party leaders, who won or lost on the support of faction bosses. 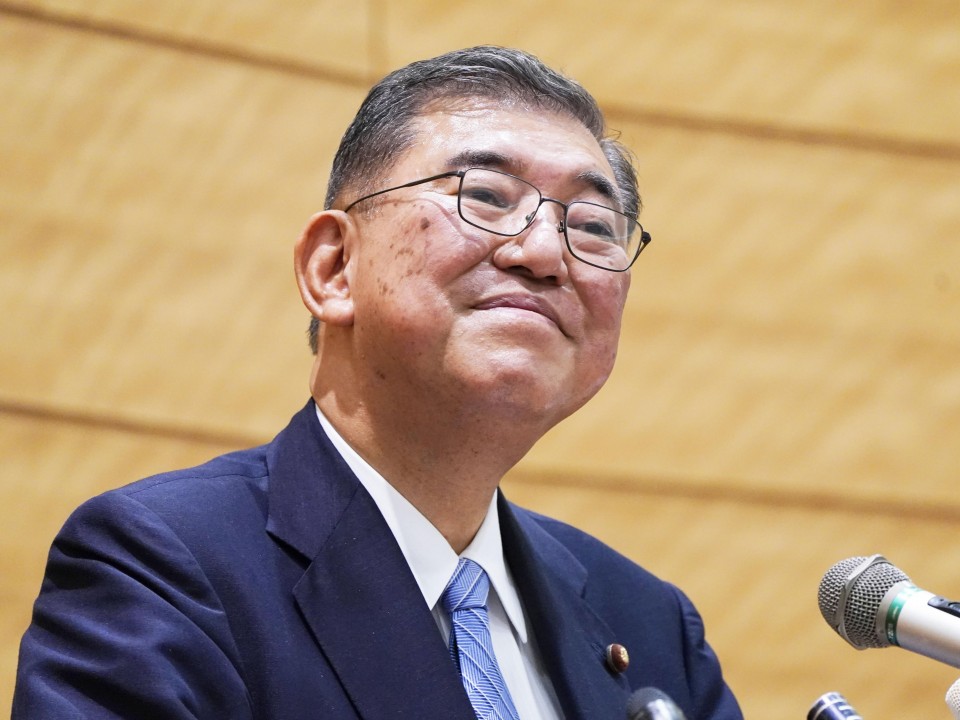 Former Defense Minister Shigeru Ishiba, the public's No. 2 pick for next prime minister in opinion polls, after vaccination minister Taro Kono, said Wednesday he will back Kono in the leadership election, formally giving up on entering the race.

Seiko Noda, also a former communications minister and currently a senior party official, is expected to join the race if she can secure the 20 nominations from lawmakers necessary to run.

By joining hands with Ishiba, Kono is likely to gain more votes in the election, but the course of the race is difficult to predict with parliamentarians as well as rank-and-file members of the LDP casting ballots.

The faction led by former Chief Cabinet Secretary Hiroyuki Hosoda, the LDP's largest with 96 lawmakers, decided Tuesday to back both Kishida and Takaichi, while also allowing members to vote for Kono if they wish.

Takaichi has the backing of former Prime Minister Shinzo Abe.

On Wednesday, two other groups headed by Ishiba and former land minister Nobuteru Ishihara, with 17 and 10 lawmakers, decided to allow members to vote freely.

The three other factions, including one led by Finance Minister Taro Aso, are set to reach similar conclusions on Thursday, according to people familiar with the matter. Kono belongs to Aso's faction.

The Kishida faction will be the only group to mandate that its 46 members vote for a particular candidate, the group's head.

Factions have traditionally played a major role in deciding who becomes LDP president, a role that leads directly to prime minister as the party controls the powerful lower house of parliament.

But junior lawmakers who do not have solid local support are desperate to choose a leader popular with the public as the face of the party for a general election this fall. They have pushed back against faction bosses' attempts to steer votes, especially after Suga announced his resignation following just a year in office amid mounting criticism over the government's COVID-19 response.

Ishiba had been considering running but decided to support Kono "because we share the same mind for reforms, political ideals, a sense of crisis for the nation, and a sense of responsibility for the people and the country," he said at a press conference held after a faction meeting.

He conveyed his decision to his faction members after Kono asked for Ishiba's support in bringing the party together.