The Haruki Murakami Library will open at the Japanese author's alma mater Waseda University in Tokyo on Friday to house his personal archive, including handwritten manuscripts previously donated.

During a recent interview with Kyodo News ahead of the opening of the library officially known as The Waseda International House of Literature, Murakami talked about how he envisions his works being passed on. 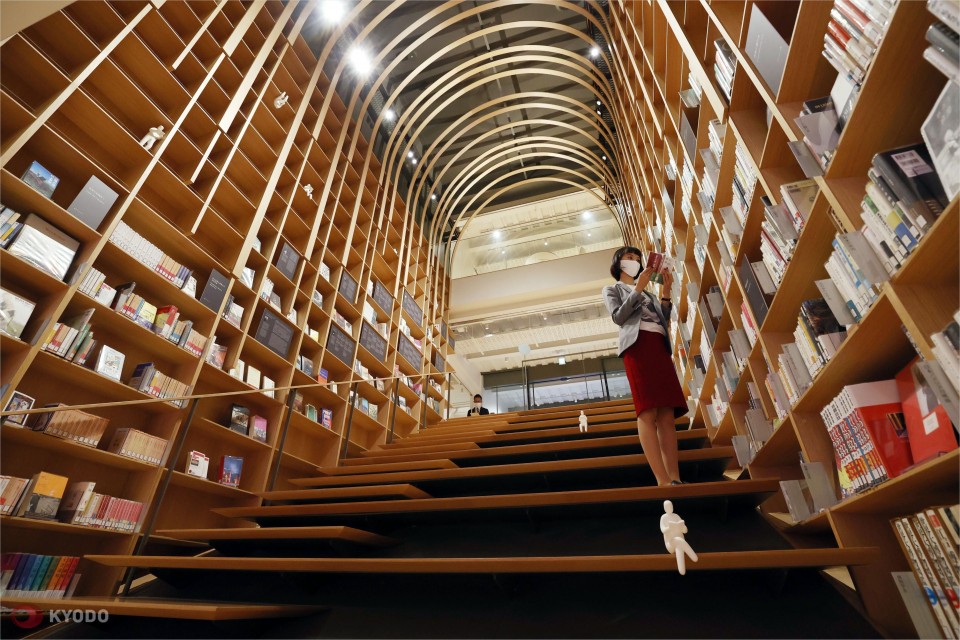 "If you just put things there, people will only come once and never again. I wanted to make it a place that was more alive, and the ideas just grew from there," Murakami, 72, said.

The library, standing five stories high with a basement, was designed by 67-year-old Japanese architect Kengo Kuma. Facilities include research space such as the library, areas for people to interact, and a studio equipped with sound equipment.

"Waseda's strength is that it is located in the middle of the city, and that it is open (to the public). I want to do something that also draws in the outside world," Murakami said.

Hoping the library will become a center for international exchange in the field of Japanese literature research, he envisions reading sessions by authors and radio program recordings to also be held there. 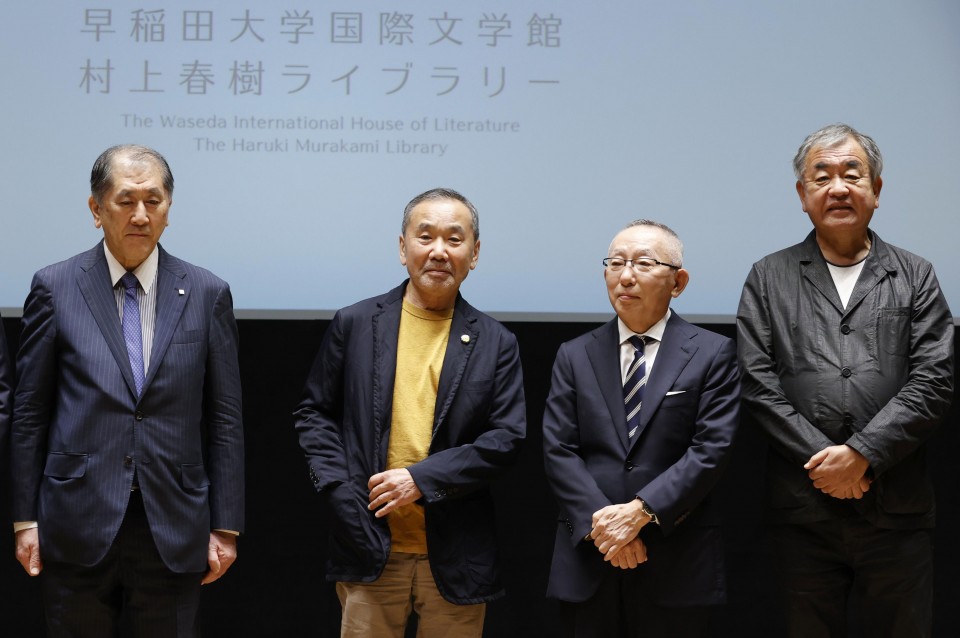 (From L) Waseda University President Aiji Tanaka, novelist Haruki Murakami, Fast Retailing Co. CEO Tadashi Yanai and architect Kengo Kuma are pictured after a press conference on Sept. 22, 2021, in Tokyo about the Oct. 1 opening of The Waseda International House of Literature, or The Haruki Murakami Library that houses an archive of materials donated by Murakami, including his works. Kuma designed the library at the university's campus with renovation costs donated by Yanai. (Kyodo) ==Kyodo

"I don't have any children, so I wanted to prevent my resources and manuscripts from being lost after my death," Murakami said in explaining his reason for making the donation.

When Murakami took to the stage to congratulate incoming arts students at Waseda University in April, he compared the existence of novelists to a "torch" and expressed hope that the flame would be passed on for generations to come.

"I learned how to write novels from my seniors, and I think there are a few people who will carry on from what I've written. Perhaps because I don't have children, I have a stronger sense of public inheritance, or inheritance in a larger, nonpersonal sense," he said.

Murakami believes that one's "way of life" can also be inherited. In the past, literary figures were associated with "getting drunk, having an affair, drinking and not meeting deadlines," but Murakami enjoys jogging and has run full marathons. 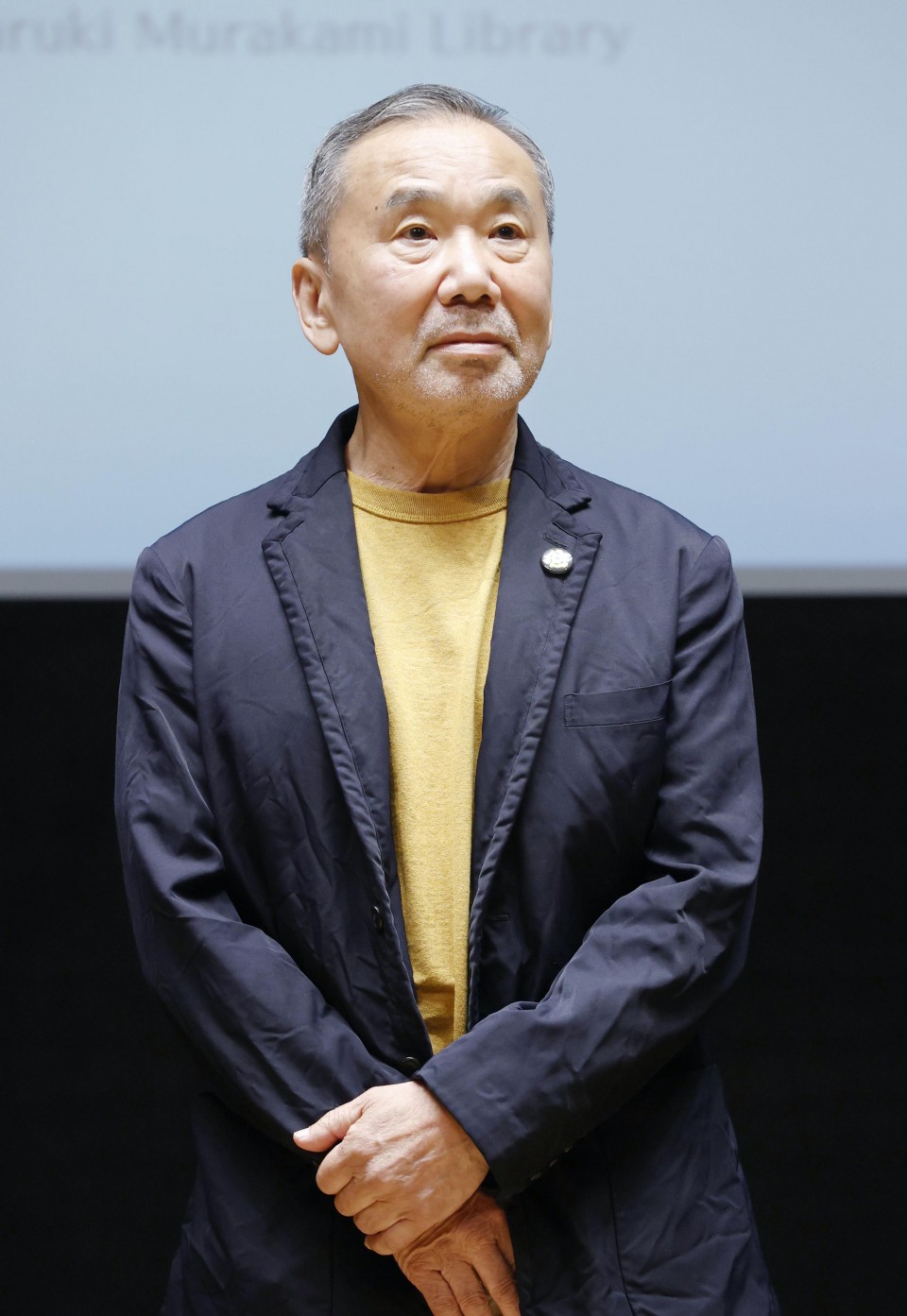 Novelist Haruki Murakami is pictured after attending a press conference in Tokyo on Sept. 22, 2021, about the Oct. 1 opening of The Waseda International House of Literature, or The Haruki Murakami Library. The library at the university's campus houses an archive of materials donated by the novelist, including his works. (Kyodo) ==Kyodo

"At first, people told me, 'If you live such a healthy life, you won't be able to write,'" he recounts, laughing. But he added that in this way he was able to show the next generation one possibility.

"The mainstream of the literary world went downhill after the death of Mr. Kenji Nakagami, and now it has no pillars. I think it is necessary for Japanese writers to fulfill some kind of responsibility, and I think there are things I can do too," he said.

When Murakami entered university in 1968, the student movement was at its peak. While he did not belong to any particular sect as he did not like being part of a group, the idea of "overthrowing one-way learning and establishing spontaneous learning" resonated with him, and he participated in demonstrations.

"I think the idealism that we had is important. Even though a lot of it was kind of unrealistic, it's important to have ideals. But it's become difficult nowadays for young people to have ideals," Murakami said.

Against this backdrop, Murakami sees potential in volunteering and nonprofit activism among students. "I would like to create a place with such potentiality within the university, and I hope that students will take over such activities after I am gone," he said.

The library will open amid the novel coronavirus pandemic. Murakami, who has responded to disasters such as the Great Hanshin Earthquake and the Tokyo subway sarin gas attack through his works, said, "I have responded in my own way at every turning point. I think establishing a kind of community in the coronavirus era has meaning in itself." 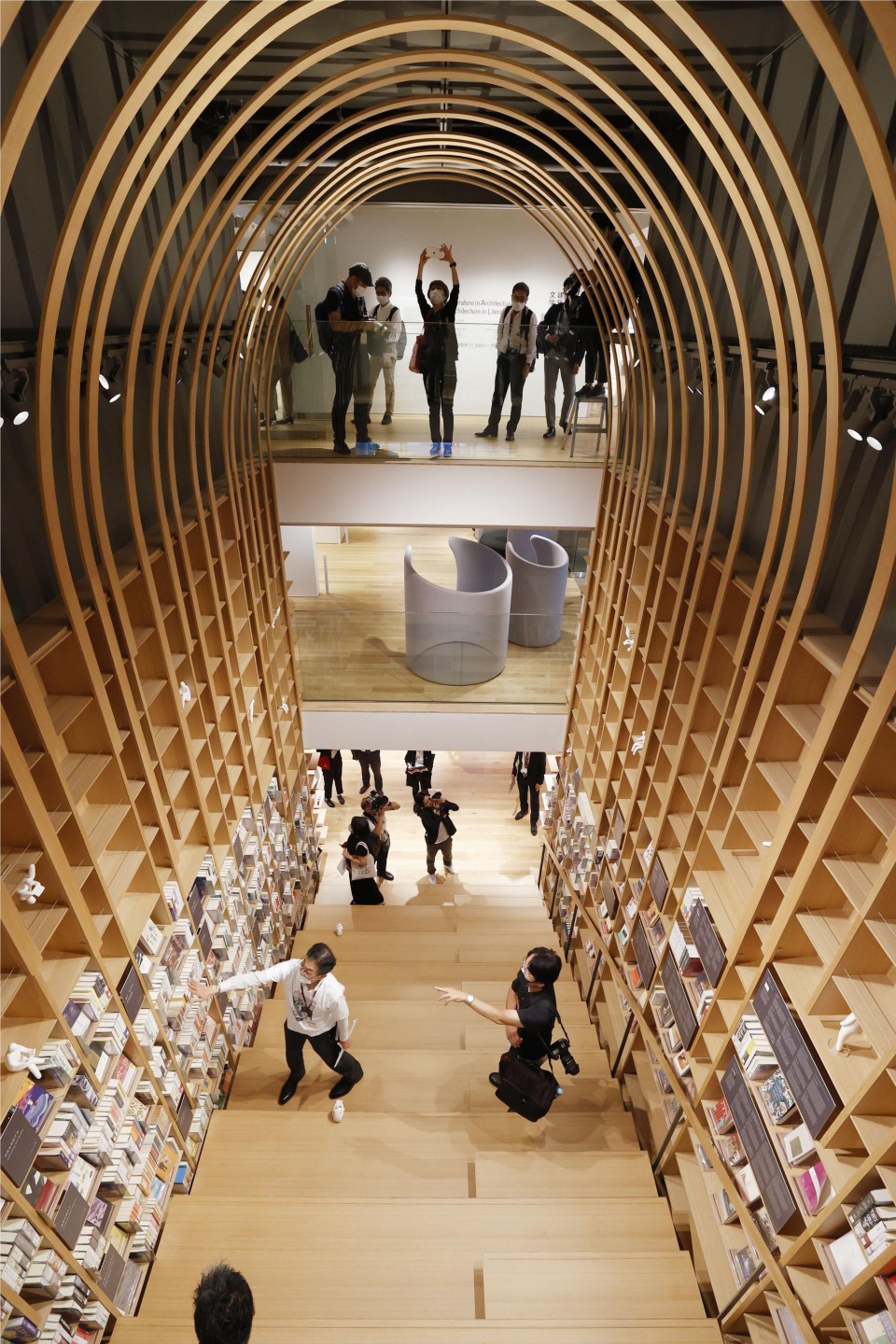