Ultraman Tiga, one of the Japanese superhero TV series popular among Chinese children, was temporarily removed from Chinese online video platforms earlier this month, although it has become available again on Monday.

The Communist-led government may have embarked on regulation on Friday, considering some depictions of violence as a problem, pundits say. But criticism grew among social media users, with one of them saying, "It is like a monster to rob children of a dream."

The story of the giant red-and-silver character fighting against monsters to protect peace on Earth first appeared on a TV screen in Japan in 1966. 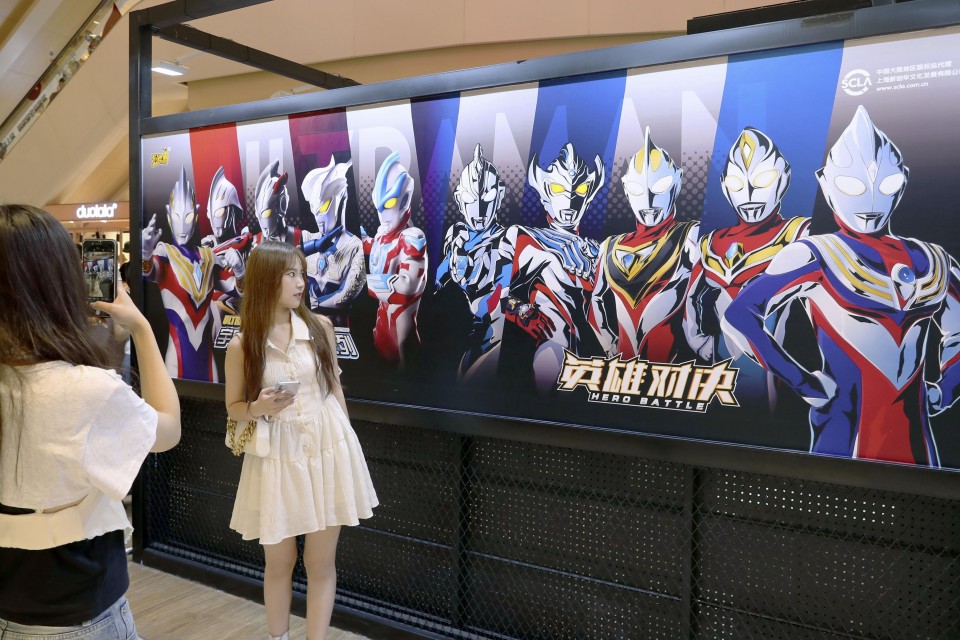 An exhibition on the Ultraman superhero series is held in July 2021 in Chongqing, China. (VCG/Getty/Kyodo)

Recently, Chinese authorities have been tightening regulations and ideological controls in the entertainment sector, as the leadership of President Xi Jinping has been trying to boost its clout both at home and abroad.

The Global Times, a tabloid of the ruling Communist Party, said on Friday, "The Ultraman Tiga involves violent plots such as armed beating, multi-person intimidation, arson and explosions."

"Many netizens believe that the removal may be due to Chinese parents' complaint about violent content in the series," it added.

The newspaper, meanwhile, quoted a cartoon lover as saying, "I grew up watching Ultraman Tiga. I think it's very positive. It can teach children to protect the weak and be a kind person."

Tokyo-based Tsuburaya Productions Co. has produced more than 40 series of Ultraman and sequels. Many of them have aired in more than 100 countries and territories, including the United States, China, Taiwan, Thailand and Russia.