Yoshitomo Tsutsugo homered in a second straight game for the Pittsburgh Pirates on Sunday, blasting a solo shot in the first inning of an 11-8 loss to the Chicago Cubs. 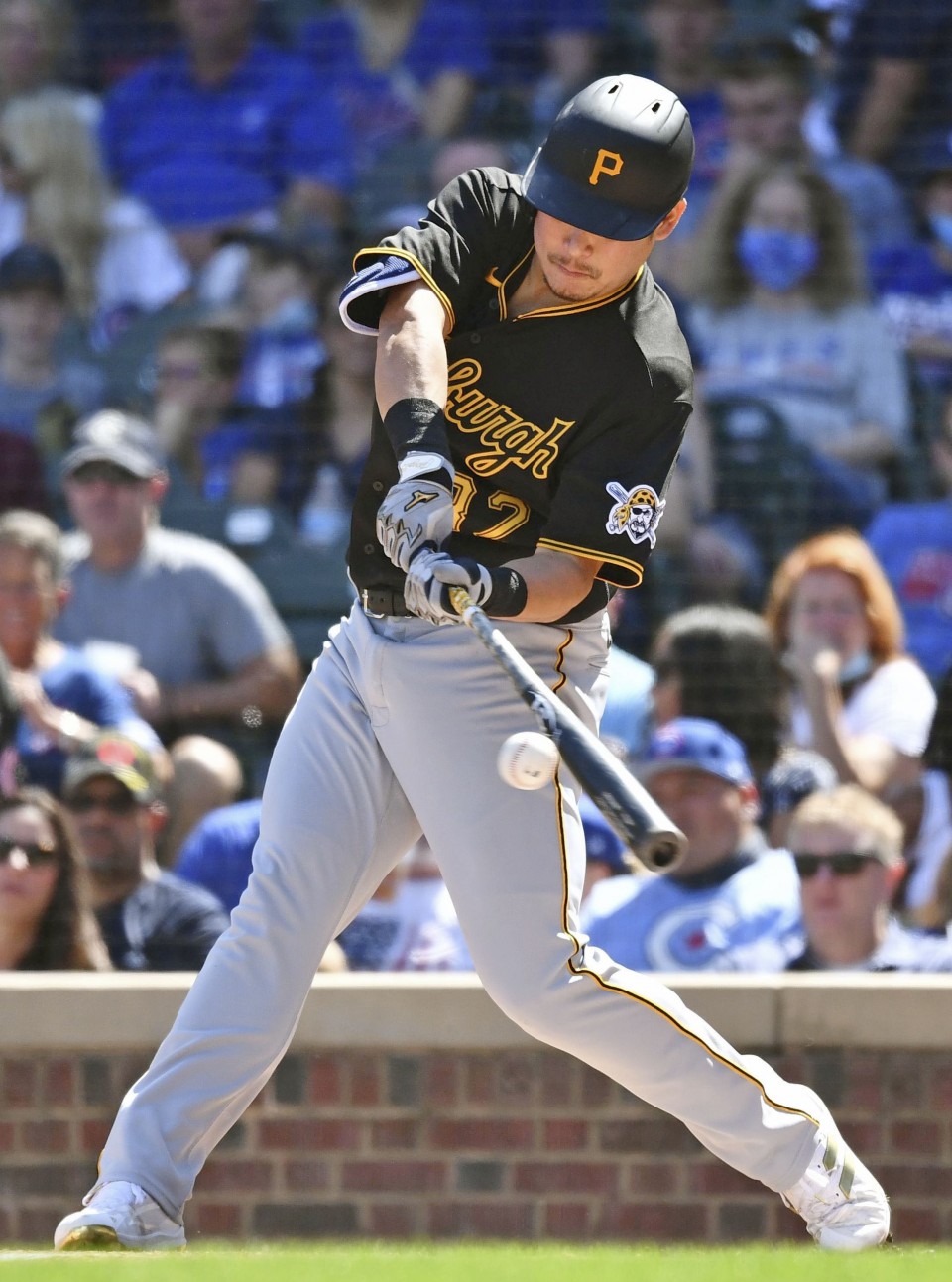 Yoshitomo Tsutsugo of the Pittsburgh Pirates hits a home run in the first inning of a game against the Chicago Cubs in Chicago on Sept. 5, 2021. (Getty/Kyodo)

The 29-year-old slugger got hold of a 2-1 changeup from Cubs starter Zach Davies and cleared the fence behind center at Wrigley Field, giving the Pirates a 1-0 lead with his seventh home run for the club.

In a see-sawing National League contest, Frank Schwindel put the Cubs ahead for good with a grand slam in the bottom of the seventh, ensuring a sixth consecutive loss for Pittsburgh.

Starting at right field, Tsutsugo also drew a walk as he finished 1-for-4 with two runs.

The left-handed batter, who joined the Pirates last month, belted his sixth homer on Saturday in a 7-6 walk-off loss to the Cubs.

At Angel Stadium, Shohei Ohtani went without a hit but stole his 23rd base of the season for the Los Angeles Angels in a 7-3 defeat to the Texas Rangers.

A day after extending his major league home run lead with No. 43, the two-way superstar went 0-for-4 with a walk and three strikeouts.