A South Korean court on Monday ordered the sale of local assets of Mitsubishi Heavy Industries Ltd., which were earlier seized by former plaintiffs in lieu of compensation in a wartime forced labor lawsuit they won against the Japanese company, court officials said.

It is the first time that a South Korean court has ordered the sale of a Japanese company's assets in relation to the issue. If the assets are actually liquidated, it will likely worsen already frayed relations with Japan, which is contemplating retaliatory measures.

The local daily Kyunghyang_Shinmun, in its online edition, reported that the Daejeon District Court on Monday ordered the sale of trademark rights and patent rights of Mitsubishi Heavy Industries in the country. 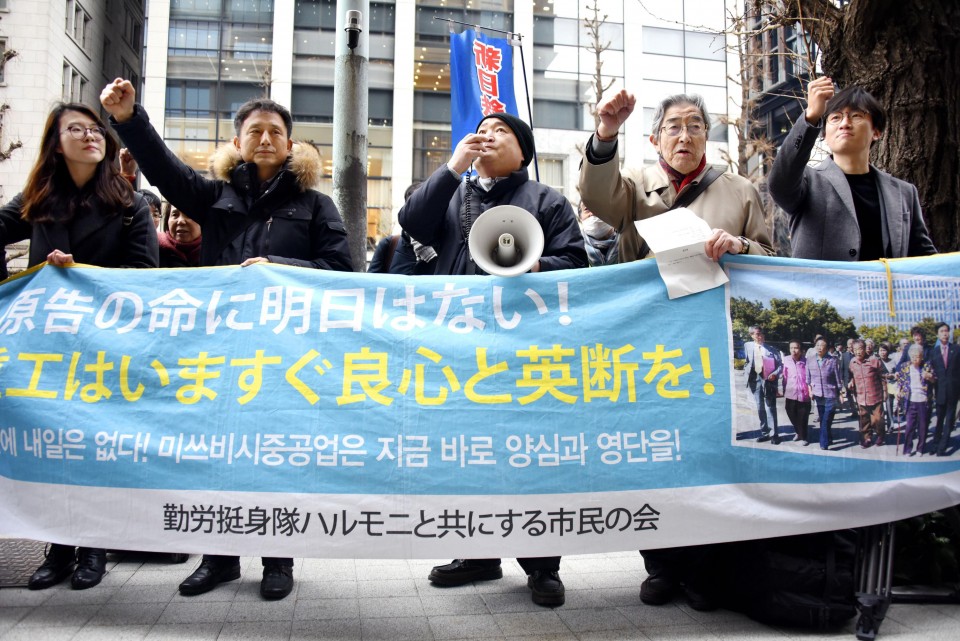 The two former plaintiffs are South Korean women in their 90s who were conscripted as laborers during World War II when Japan ruled the Korean Peninsula. They said they were promised opportunities to study and earn money but were instead put to work at factories of the company in Japan during the war.

Mitsubishi Heavy Industries called the court's decision "extremely regrettable" and echoed Japan's official stance that all South Korean claims stemming from its 35-year colonial rule were settled under a 1965 bilateral agreement under which it provided grants and loans to Seoul.

Even though the Daejeon District Court has rejected its past appeals, the company vowed to immediately appeal the court's latest decision.

It is likely to be some time before the actual sale of the assets could take place because even if the company's appeal is rejected in the first instance, it can fight up to the third instance, during which time they cannot be sold.

According to the South Korean newspaper, two sale orders were issued by the judge for the company's two trademark rights and two patent rights, for a total of about 210 million won ($178,000) for each of the two former plaintiffs, including late damages.

Their lawyers reportedly said there might be various sale methods, such as setting up an auction, with prices calculated on the basis of an already-conducted appraisal of the trademark and patent rights.

South Korean President Moon Jae In said in January that the liquidation of Japanese assets in South Korea was "undesirable," showing his stance of seeking a diplomatic solution to the problems.

But such a solution has remained elusive and the ties between the two countries remain at their lowest level in decades over wartime labor and compensation issues including the one involving Mitsubishi Heavy Industries.

Japan has said the series of the court procedures in South Korea are against international law.