The United States on Tuesday highlighted the role European allies can play in the Indo-Pacific, as President Joe Biden met with leaders of Britain and Australia following their recent announcement of a three-way partnership focusing on security issues in the region amid China's rise.

The topics of discussions included "the critical role" of European allies and partners in the region, the White House said in separate statements issued after the two meetings, after the security partnership dubbed AUKUS infuriated an old U.S. ally France. 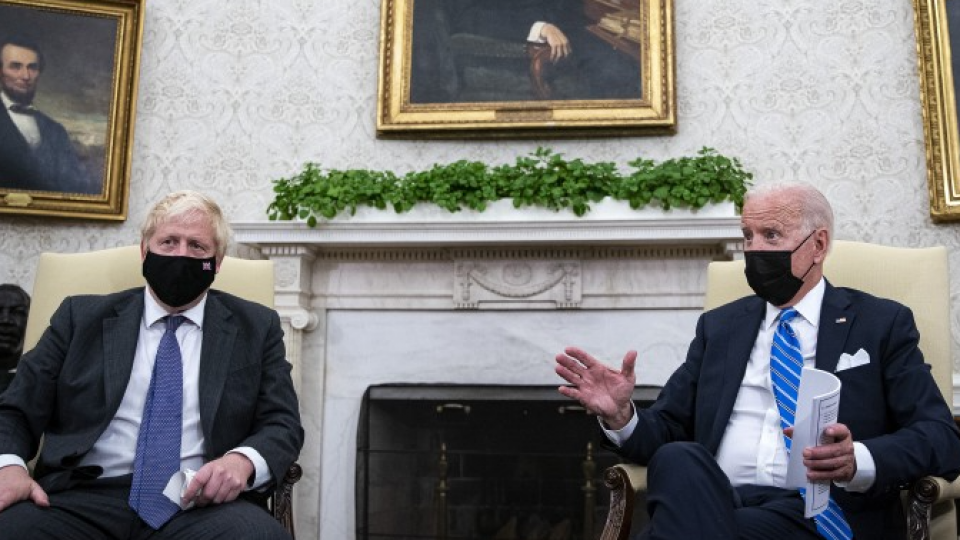 The first initiative under the partnership will likely see Australia obtain nuclear-powered submarines through the help of the United States and Britain.

This led to Canberra scrapping a multibillion-dollar submarine order with France, who in return recalled its ambassadors to the United States and Australia, in a dramatic escalation of tensions.

The Biden administration has been seeking to defuse tensions with France, saying that Paris "in particular, is a vital partner" as the United States seeks to work with its allies and partners for a "free and open" Indo-Pacific.

France has a permanent military presence in the Indo-Pacific, with more than 7,000 military personnel there, and has been an active supporter of the European Union's engagement in the region.

"The president looks forward to speaking with him; to reaffirming our commitment to the partnership, the long-standing alliance; and to continuing to work together on a range of important issues, including security in the Indo-Pacific," she said.

During talks between Biden and Morrison, the two also affirmed their "mutual commitment to work through the Quad," the White House said in a statement, referring to a group of four major Indo-Pacific democracies -- the United States, Australia, Japan and India.

The Quad, which the United States sees as also having a key role in its policy in the Indo-Pacific, will hold its first-ever in-person summit meeting on Friday at the White House.