Japan and the Association of Southeast Asian Nations agreed Wednesday to step up their efforts toward economic recovery following the coronavirus pandemic that has weighed on industrial output.

The two sides will expand an action plan adopted last year covering goals on strengthening the resilience of supply chains, guaranteeing smooth trade procedures and promoting digital technology, their economy ministers said in a joint statement released after a videoconference. 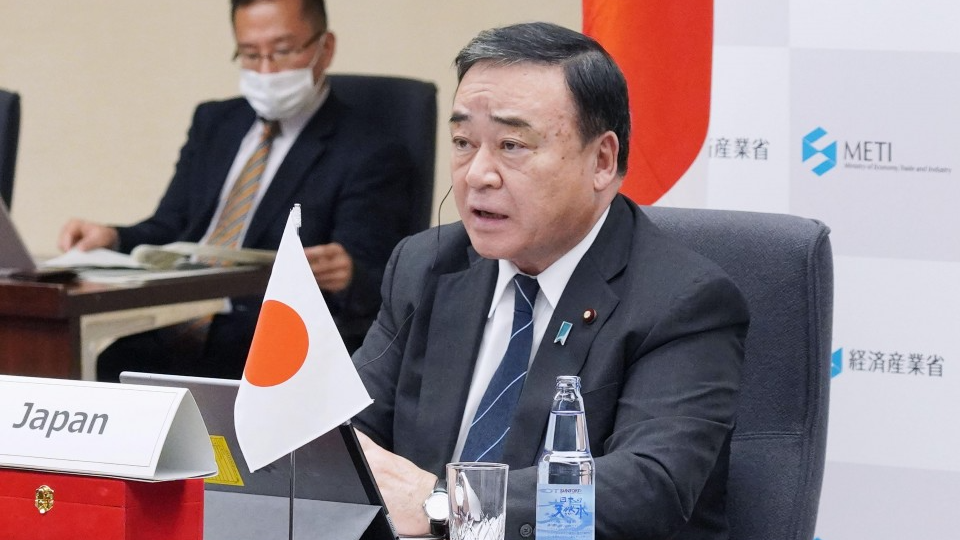 Japanese Economy, Trade and Industry Minister Hiroshi Kajiyama attends an online meeting with his counterparts of the Association of Southeast Asian Nations on Sept. 15, 2021, in Tokyo. (Kyodo)

Factory shutdowns in Southeast Asian countries to prevent coronavirus infections have forced Japanese carmakers to curb output due to difficulties in securing parts from suppliers in the region.

"Each country faces the difficult task of simultaneously resuming socio-economic activity and curbing infections," Japan's Economy, Trade and Industry Minister Hiroshi Kajiyama said at the meeting, according to his ministry.

Trade between Japan and the 10-member ASEAN totaled $204 billion in 2020, down 9.7 percent from the previous year, while Japanese direct investment in the bloc declined 64.4 percent to $8.5 billion, according to the statement.

During the meeting, the ministers also agreed to ensure the entry into force of the Regional Comprehensive Economic Partnership free trade agreement by early January. The megadeal, also involving China, South Korea, Australia and New Zealand, was signed last year.