Japan's Shingo Kunieda won the gold medal in the men's wheelchair tennis singles at the Tokyo Paralympics on Saturday, defeating Tom Egberink of the Netherlands in the final.

No. 1 seed Kunieda beat the eighth-seeded Egberink 6-1, 6-2 at Ariake Tennis Park to claim his third singles gold medal and first since 2012, following bouts with injuries that made him doubt he could ever top the Paralympic podium again. 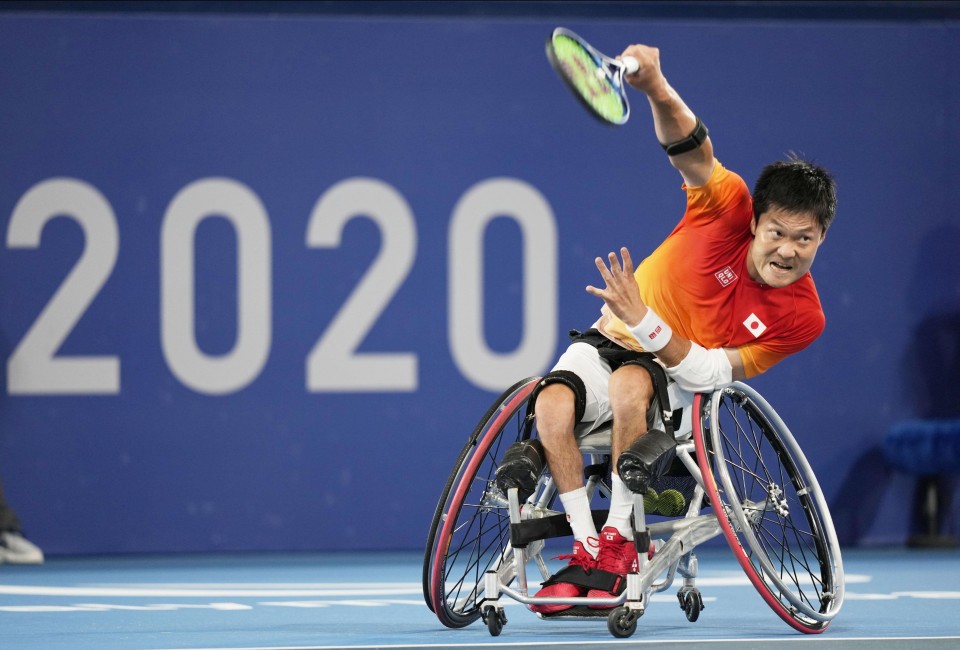 Shingo Kunieda of Japan competes in the finals of the men's singles wheelchair tennis event against Tom Egberink of the Netherlands at the Tokyo Paralympics on Sept. 4, 2021, at Ariake Tennis Park in Tokyo. (Kyodo)

"I feel like I'm still in a dream, but I have done everything for this day, so I'm glad that everything paid off," an emotional Kunieda said.

"I knew what I needed to do, and I concentrated on delivering that on the court without giving a thought about what it means to winning or losing."

Egberink broke Kunieda's serve in the opening game, but the Japanese claimed six straight games from that point to win the first set, taking advantage of 13 unforced errors from the Dutchman. 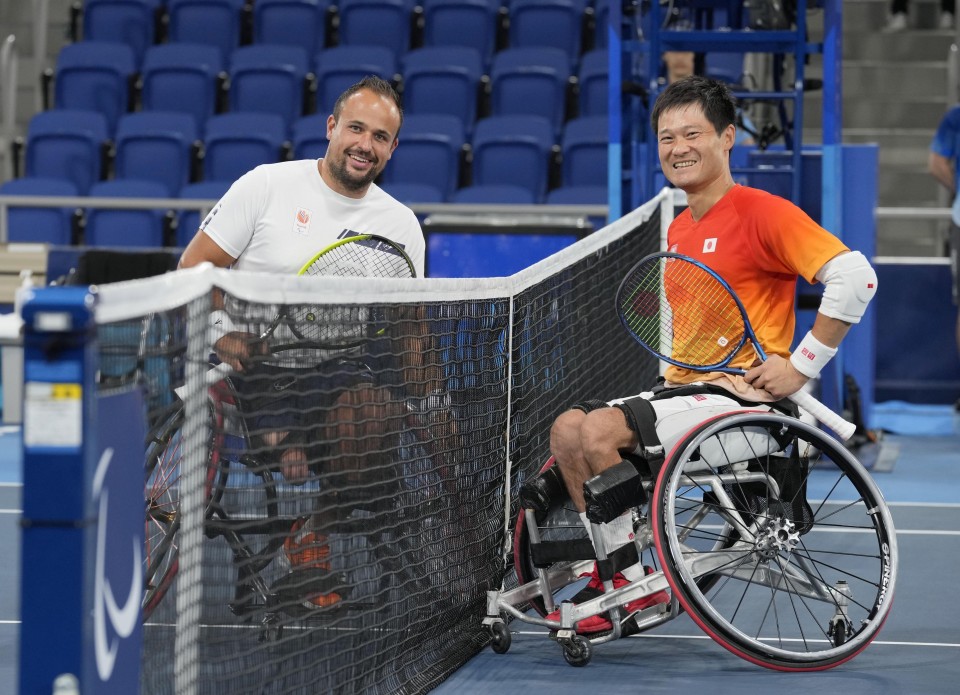 Japan's Shingo Kunieda (R) and Tom Egberink of the Netherlands pose for a photo before the men's wheelchair tennis singles final at the Tokyo Paralympics on Sept. 4, 2021, at Ariake Tennis Park in Tokyo. (Kyodo) ==Kyodo

The 37-year-old Kunieda faced a more stern challenge from the hard-hitting, 28-year-old Egberink in the second set, but he sealed the match in 1 hour, 18 minutes and immediately broke down in tears.

Kunieda took gold in the men's singles at the 2008 Beijing Games and 2012 London Games, but he also battled injuries. He lost in the quarterfinals at the Rio de Janeiro Paralympics, competing just five months after undergoing surgery on his right elbow.

Having spoken to his wife Ai about possible retirement, he returned to the top of the world after changing coaches and finding a backhand technique that puts less strain on his body.

"I kept telling myself I can do it and that I am the best," he said after the victory ceremony. "But there was a part of me that really doubted myself."

"I suffered setbacks at Rio, so I didn't imagine that I could have another gold medal around my neck. It feels so different from Beijing and London," he said.

Egberink, who took bronze in men's doubles on Friday, said he thought of himself as "winning silver and not losing gold," adding Kunieda deserved his championship.

"I knew what to do but I didn't really play my own game in the beginning," he said. "I played better in the second set. I played my own game and (hit) better slices but in the end he was just too good."

Kunieda spoke earlier in the tournament of the pressure he feels playing at his home games and as the captain of the delegation.

But the high stakes also make the taste of victory sweeter, he said, despite mentioning how much he misses the crowds in the grandstands that were kept out due to the coronavirus pandemic.

"I want these Paralympics to lead to an increase in the number of fans even by one, not just for me but for my rivals as well," said Kunieda, who has paraplegia as a result of a spinal tumor.

"In tennis for able-body athletes, there are many (Roger) Federer fans and many (Rafael) Nadal fans. If that happens with us, I think that would be the moment my dream comes true."

Even though the stands were nearly empty, Kunieda said after his victory that he understood the impact that holding the Paralympics at home meant.

"The matches were broadcast on TV more than I initially thought, and I think there was an opportunity for many people to watch wheelchair tennis," he said.

"I think that may be of greater value than a gold medal." 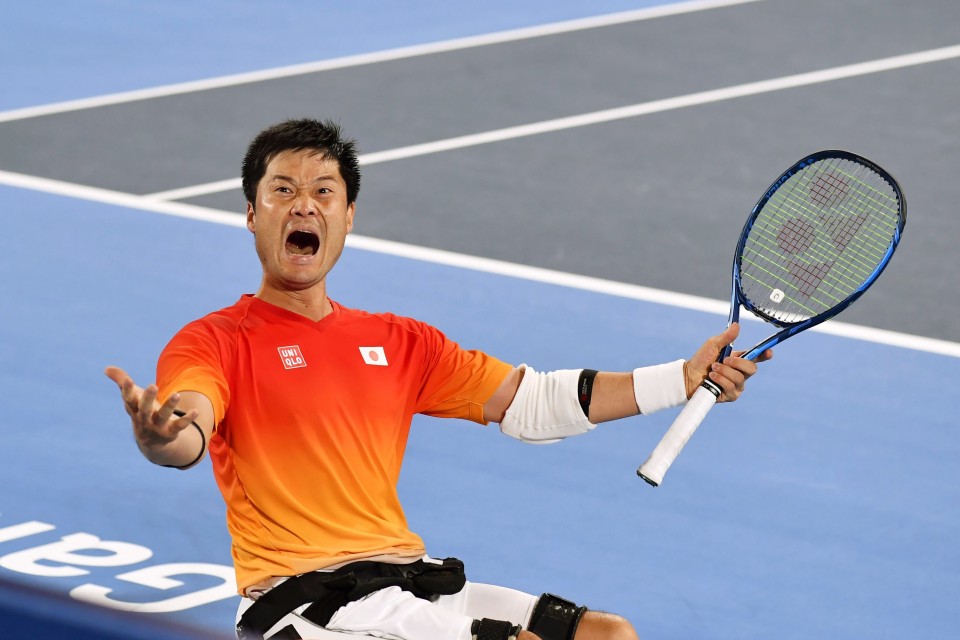 Shingo Kunieda of Japan reacts after winning the men's wheelchair tennis singles final against Tom Egberink of the Netherlands at the Tokyo Paralympics on Sept. 4, 2021, at Ariake Tennis Park in Tokyo. (Kyodo) ==Kyodo