Former U.S. Pacific Command chief Harry Harris has called on Washington to reassess its longstanding policy of keeping its commitment to Taiwan's defense ambiguous, warning that China is seeking to "dominate" the self-ruled island.

China is on a quest to "first isolate and then dominate Taiwan," Harris, the U.S. ambassador to South Korea until January, said in a recent interview with Kyodo News, joining a chorus of warnings from the U.S. side over Beijing's stepped-up military pressure on Taipei. 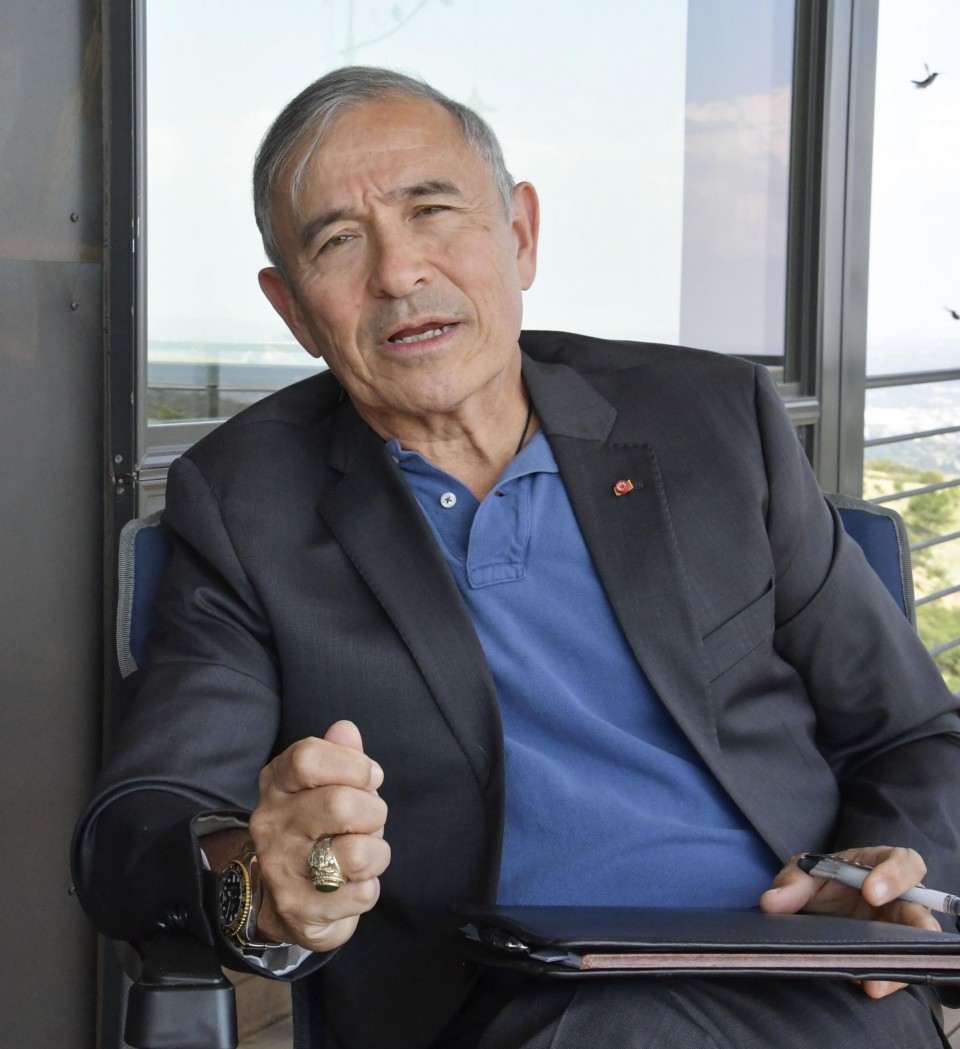 The U.S. administration of President Joe Biden has demanded that China cease its military, diplomatic and economic pressure against Taiwan, while assisting the democratic island in maintaining a "sufficient self-defense capability" such as through arms sales.

At the same time, the U.S. government has maintained an ambiguous position regarding the use of military force in response to a Chinese attack on Taiwan, a tactic known as "strategic ambiguity."

But Harris, who led for three years until 2018 what has since become known as the U.S. Indo-Pacific Command, said, "We should reconsider this, our longstanding policy of strategic ambiguity."

"If, at the end of that...reassessment, we keep the same policy, that's fine. But we shouldn't keep it simply because we've done it that way since the late 1970s," he added, speaking from his home in the western state of Colorado.

The strategic ambiguity policy was adopted after U.S.-Taiwan relations became "unofficial" in 1979, with Washington switching its diplomatic recognition from Taipei to Beijing.

The policy is intended not only to deter China from using force against Taiwan but also to deter Taiwan from seeking independence, as neither Beijing nor Taipei can feel certain about U.S. intervention to defend Taiwan should a conflict arise.

Harris said the United States should be "clearer in what our responsibilities are" under the Taiwan Relations Act, a piece of U.S. legislation that governs the unofficial ties with Taiwan, noting that Washington has "not been consistent" especially over its arms sales to Taiwan.

"If you're not consistent in what you sell Taiwan or any other country, then how can they be -- how can they adequately plan for their military readiness, in the long run?" the former ambassador said.

His remarks appear to indicate cases in which weapons sales to Taiwan were delayed depending on U.S.-China relations at the time.

"Ambiguity can get you in trouble," he said.

Harris also said warnings issued by top U.S. admirals in recent months portraying the threat of Chinese invasion of Taiwan as imminent should be taken "seriously" and that the United States should "prepare accordingly." 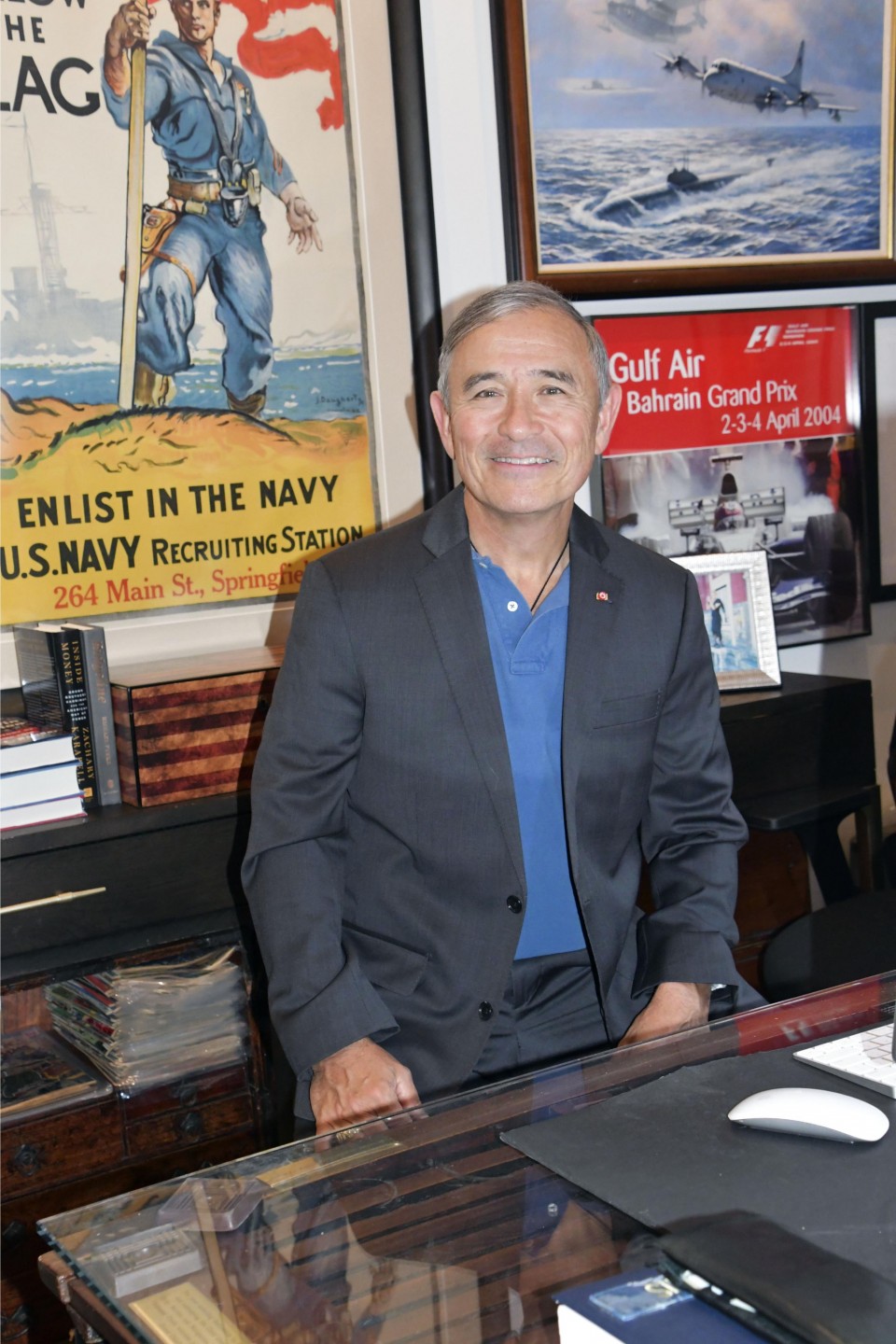 Harris' successor Philip Davidson said in March that China could try to invade Taiwan "in the next six years."

Adm. John Aquilino, the current commander of the U.S. Indo-Pacific Command, also warned that "this problem is much closer to us than most think" without specifying by when he expected the Chinese military to become capable of invading the island.

Taiwan and mainland China have been separately governed since they split as a result of a civil war in 1949. Beijing, which regards Taiwan as a renegade province, has since endeavored to bring the island into its fold.

Harris, meanwhile, was skeptical about any breakthrough in the near future amid the intensifying U.S.-China competition, saying Washington and Beijing "fundamentally disagree on how to approach the current international order."

He blasted Beijing for its crackdown on Hong Kong democracy, human rights abuses against the Muslim Uyghur minority in China's far-western Xinjiang region, intellectual property theft and "outlandish territorial claims" to virtually all of the South China Sea.

"We believe that the Chinese government...doesn't keep its word," he said.

In dealing with China's growing assertiveness in the region, Harris said it is "critical" that the United States and Japan hold military exercises together, given their common defense capabilities such as the F-35 stealth fighters and Aegis ships.

He also urged Japan and South Korea to set aside their disputes on wartime issues and focus on "what's happening today" in the Indo-Pacific region.

The cooperation between the United States and its two closest allies in Asia is "critical in order to successfully meet the challenges that confront our three countries," which include those related to China, he said.