Tokyo police arrested Monday two men from western Japan on suspicion of copyright infringement in connection with the circulation of prints of Japanese-style artworks by late master Nihonga painters including Ikuo Hirayama.

Authorized prints must be made from blocks produced by craftspeople with permission from the copyright holder. 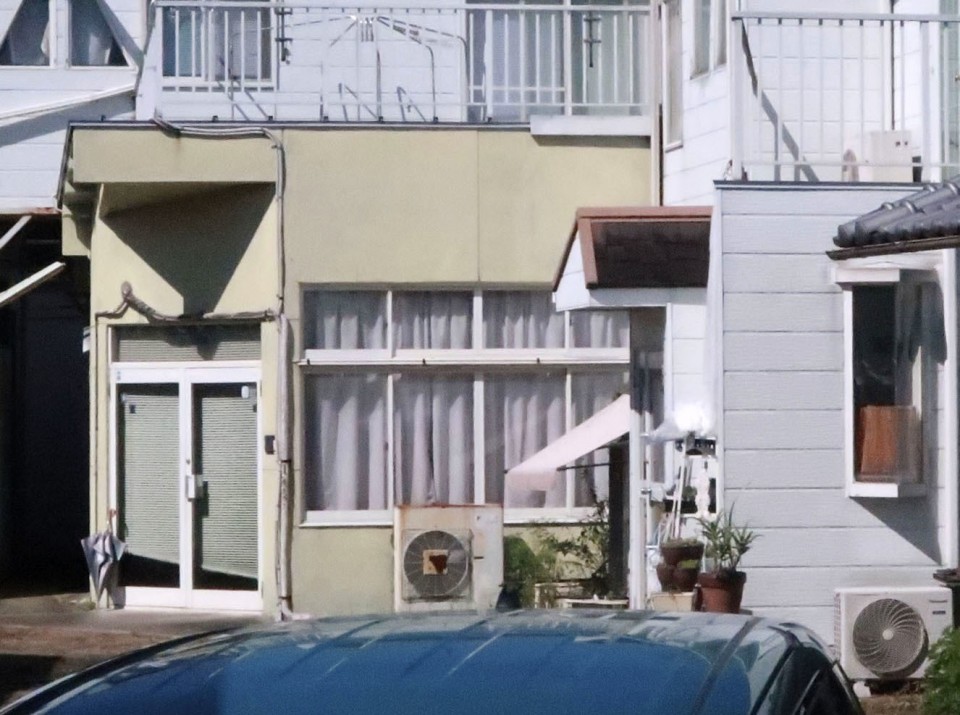 According to the sources, Kato allegedly sold some of the prints delivered by Kitabata to other dealers, who then distributed them to department stores in Japan.

Kato from Osaka Prefecture and Kitabata from Nara Prefecture were arrested for allegedly making seven copies of five artworks including Kaii Higashiyama's 1972 lithograph piece titled "Forest with a White Horse" without the family's approval over a two-year period from January 2017, the sources said.

After an earlier probe by an art dealers' association, Kato had said via his lawyer, "I apologize for any inconvenience caused to copyright holders, buyers, and the art industry. I will work to repair the damage."

Meanwhile, Kitabata said in an earlier interview with Kyodo News that he produced roughly 20 prints each of about 40 artworks at the request of Kato for about eight years, adding, "I was in need of money. I thought (Kato) had obtained permission."

The Contemporary Graphic Art Dealers Association of Japan launched a probe after a staff member noticed an unusually high volume of works by Hirayama was in circulation in spring last year.

The unauthorized prints were elaborate enough to deceive many, except for specialists, who noticed that the signatures and coloring were slightly unnatural. 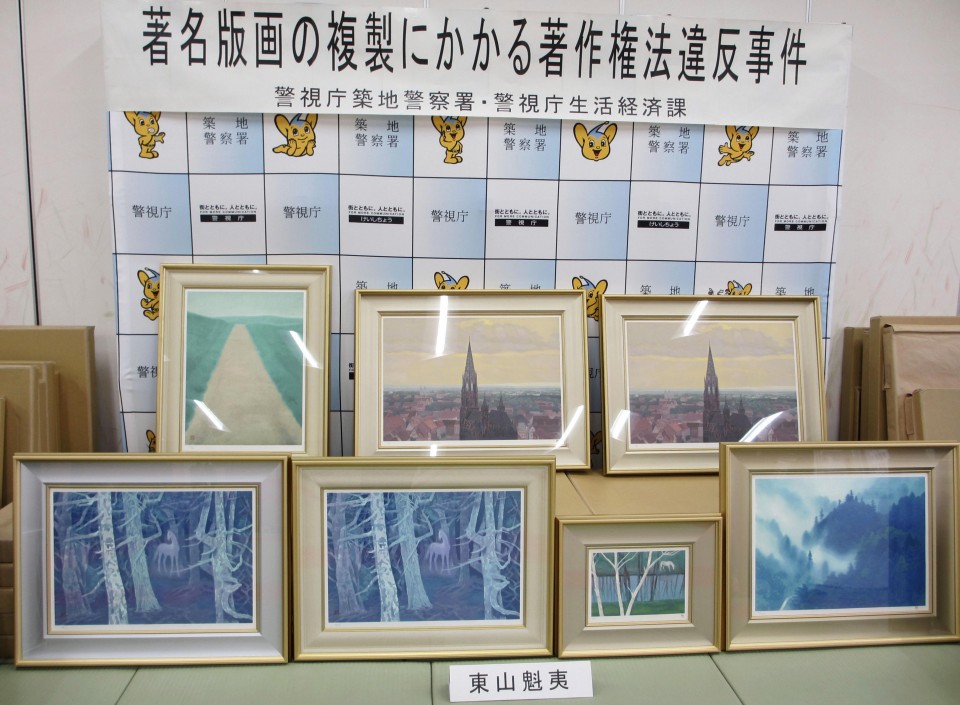 Unauthorized prints of Japanese-style artworks by late master Nihonga painters confiscated by police are pictured in Tokyo on Sept. 27, 2021. (Kyodo)

Kato, who was a member of the association, admitted to selling the unauthorized prints during the probe. He was then expelled from the organization in December last year.

The association said in February that the probe has confirmed unlicensed copies of a total of 10 artworks by renowned Japanese artists -- Hirayama, Higashiyama and Tamako Kataoka.

After appraising a total of 201 pieces of the 10 artworks brought in by dealers that were suspected to be unauthorized, an art experts group said in May that 120 pieces, or about 60 percent, were found to be unlicensed.

"It is truly regrettable that people involved in the art industry have been arrested in a case that has caused so much inconvenience to art lovers and others concerned," said Yasuhiko Aoki, head of the association's ad-hoc investigation team.

"We hope that the truth will be revealed and we will continue to cooperate with investigative authorities as much as possible," he added.

In February, Japanese department store operator Sogo & Seibu Co. said that a total of 71 art prints it sold between 2009 and 2020 with sales amounting 55 million yen ($497,000) were suspected to be unauthorized and began processes for refunds.