The United States on Saturday marked the 20th anniversary of the Sept. 11 terror attacks, as the country draws the curtain on its war against terrorism in Afghanistan and turns its focus to new security threats posed by China and others.

A series of ceremonies took place to honor the nearly 3,000 victims from more than 90 countries, with some bereaved families reflecting on how the traumatic event remains fresh in memory despite the passage of 20 years in the difficult process of moving forward. 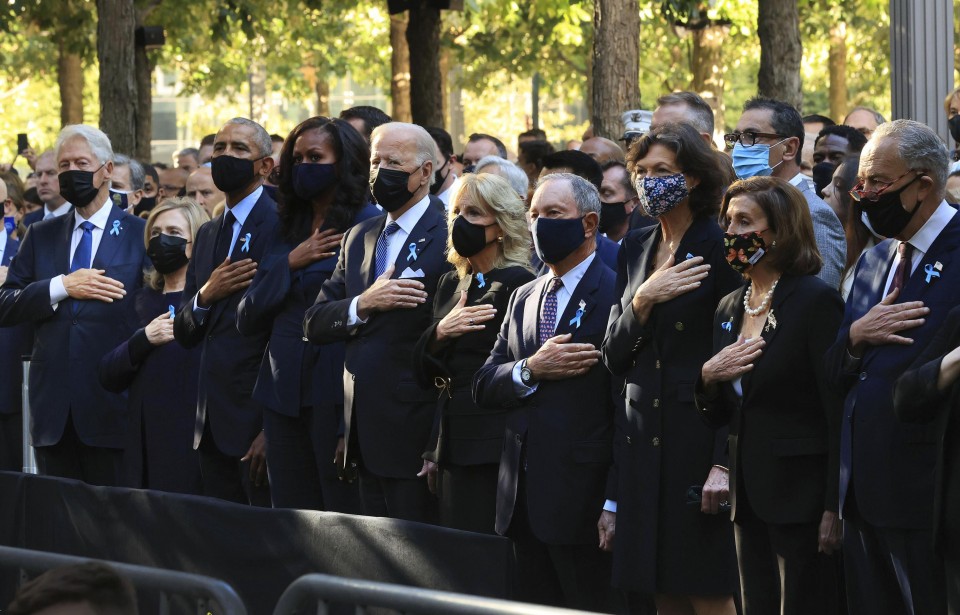 The events were also joined by President Joe Biden and former President George W. Bush, who led the U.S. response to the terror attacks and started the war in Afghanistan a month later against the al-Qaida terrorists and the Taliban regime, which harbored the group.

Biden did not deliver any speeches, having released the day before a video message commemorating the lives that were lost and highlighting the importance of national unity as seen in the days after Sept. 11.

Bush, in his speech at one of the events, recalled how he was "proud to lead an amazing, resilient, united people" but lamented the current state of the nation plagued with political and social division.

"When it comes to the unity of America, those days seem distant from our own. Malign force seems at work in our common life that turns every disagreement into an argument and every argument into a clash of cultures," he said.

"So much of our politics has become a naked appeal to anger, fear and resentment. That leaves us worried about our nation and our future together," he added.

The anniversary followed the completion of the withdrawal of American troops from Afghanistan less than two weeks earlier, concluding what had become the longest U.S. war in history.

Despite spending an estimated $2 trillion and seeing more than 2,400 service members killed during the war, the U.S. failure in Afghanistan was apparent in the final weeks as Afghan security forces crumbled and the Taliban returned to power for the first time in 20 years following its removal by U.S.-led forces.

On the morning of Sept. 11, 2001, terrorists from the Islamist extremist group al-Qaida hijacked four commercial airplanes, deliberately crashing two of them into the twin towers of the World Trade Center complex in lower Manhattan and a third plane into the Pentagon in Arlington, Virginia.

A fourth plane crashed into an empty field in Pennsylvania, about 20 minutes by air from the nation's capital, after 40 passengers and crew members on board resisted hijackers. 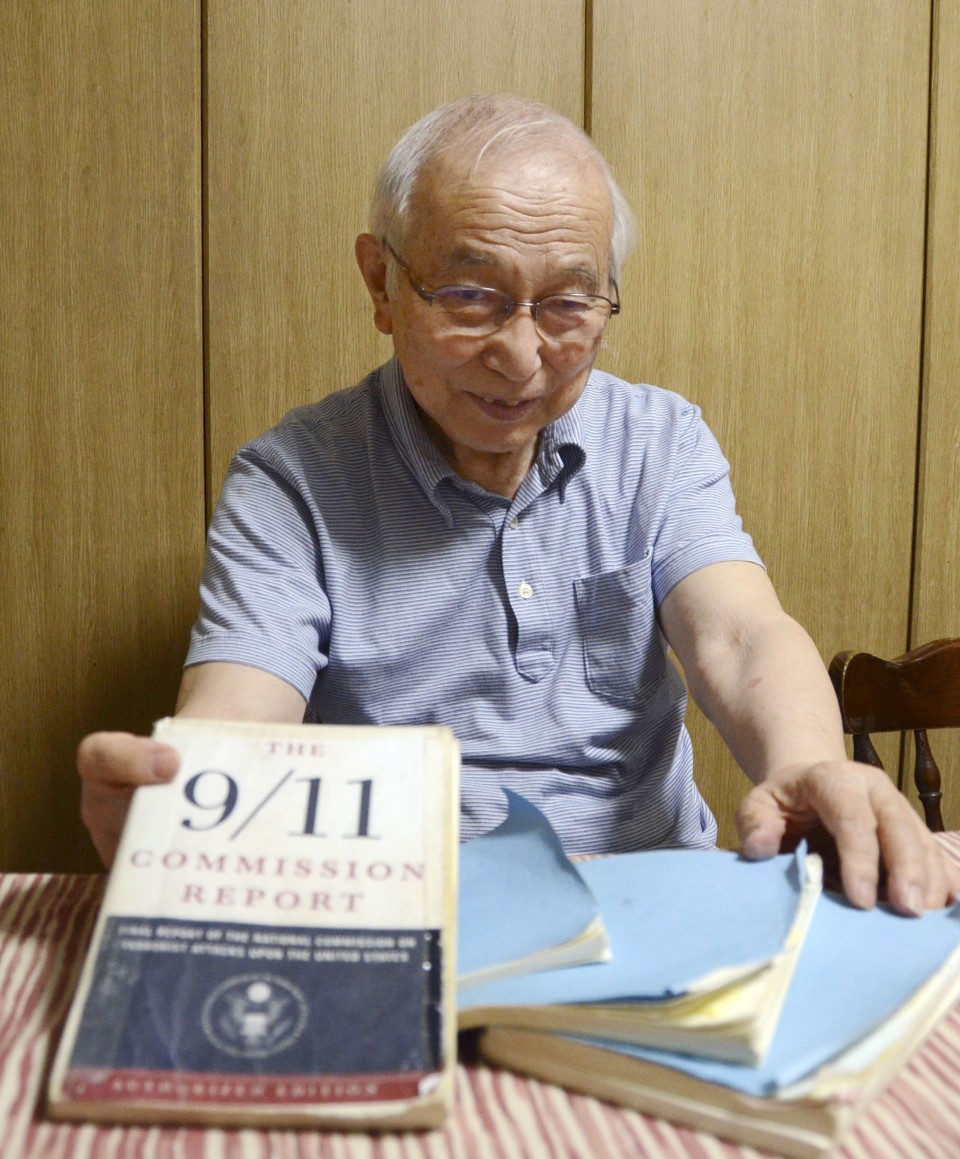 Kazusada Sumiyama holds a copy of the 9/11 Commission Report in this photo taken in Tokyo's Meguro Ward on June 28, 2021. (Kyodo)

The victims of the terror attacks included 24 Japanese people.

Kazusada Sumiyama, 84, who lost his son Yoichi Sugiyama, a 34-year-old banker who worked in one of the towers, opted not to make his customary trip to New York for the annual ceremony for the second consecutive year amid the coronavirus pandemic.

At his home in Tokyo, he said, "I want to spend the day recalling the 20 years."

According to the 9/11 Memorial and Museum, 40 percent of the families of those killed at the World Trade Center have not received remains of the victims.

By the end of December 2001, the Taliban regime of the time was toppled by U.S.-led forces. Although al-Qaida leader Osama bin Laden, the mastermind behind the terror attacks, was killed in 2011, U.S. forces remained in Afghanistan to train and assist government security forces and to conduct counterterrorism operations.

Public support for U.S. military involvement was initially strong, but waned over time as the war extended.

Democrat Biden, similar to his Republican predecessor Donald Trump, pursued the pullout of U.S. troops in Afghanistan, setting a deadline for the mission at the end of August.

But many in the public have been upset by Biden's handling of the evacuation process for Americans and Afghans who worked alongside the United States during the war, as media showed chaotic scenes of locals desperately seeking to flee Afghanistan following the unexpectedly swift takeover of the country by the Taliban. 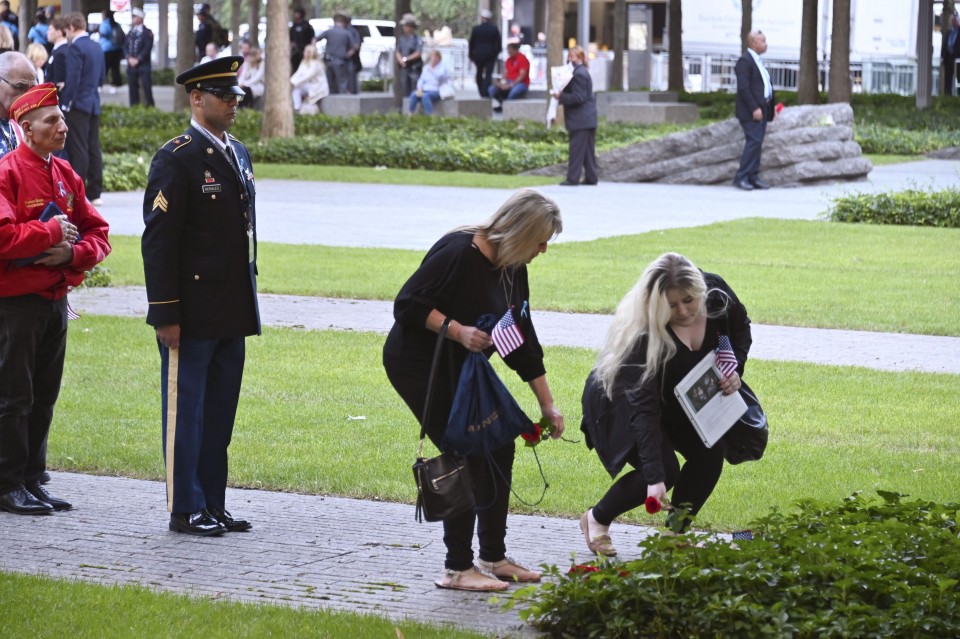 The Biden administration has taken the position that ending the war in Afghanistan will help it focus on current threats and challenges posed by increasing competition with China as well as a distributed terrorist threat across multiple countries.

Biden has also declared that the U.S. pullout from Afghanistan will end "an era of major military operations to remake other countries."

Concerns, meanwhile, linger over the possibility of Afghanistan becoming once again a safe haven for terrorists as well as the potential for severe erosion of civil liberties under the Taliban, known for oppressing women during its former rule.

Defense Secretary Lloyd Austin said in a CNN interview that he believes the United States is safer now than it was 20 years ago due to increased capabilities, but security threats remain.