India and Australia held their first-ever security talks involving their foreign and defense ministers in the Indian capital New Delhi on Saturday.

Australia has become the third partner in India's "two-plus-two" security talks, after New Delhi launched similar talks with the United States and Japan. 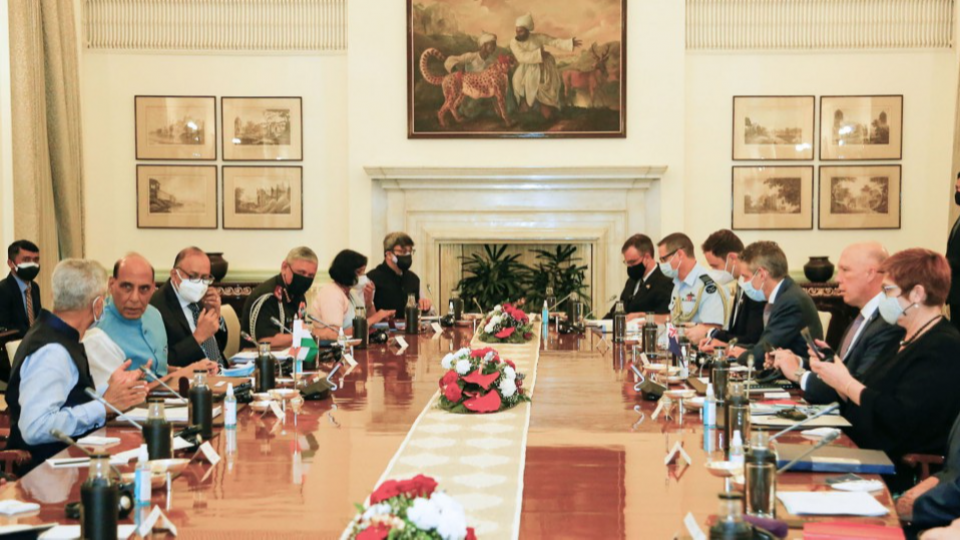 The four countries have formed the so-called Quad grouping of four democracies amid China's growing clout in the Indo-Pacific region.

The two sides agreed to have further cooperation on information sharing and rear-area support. The Indian side expressed its intention to boost bilateral ties through joint development of defense equipment.

The ministers also discussed the situation in Afghanistan, where the Taliban have seized power as the United States completed the withdrawal of its troops from the country at the end of last month.

"Last month did see the fall of Kabul and along with the ongoing fight against terrorism, the future of Afghanistan remains a central concern to both our countries," Payne said in her remarks.

Jaishankar, in his remarks, stressed the importance of "combating terrorism without compromise."

India and Australia agreed at a virtual summit meeting in June last year to upgrade their ties to a "comprehensive strategic partnership" and hold a meeting of foreign and defense ministers at least once every two years.

The two countries are strengthening economic ties through increased trade and movements of people between them, as well as deepening ties in the energy area.