An earthquake with a preliminary magnitude of 5.2 rocked Ishikawa Prefecture and surrounding areas of central Japan on Thursday evening, but there were no tsunami threats or abnormalities at nuclear power plants, authorities said.

The quake occurred at 6:42 p.m., registering a lower 5 on the Japanese seismic intensity scale of 7 in Suzu, Ishikawa Prefecture, with the epicenter in the Noto region of the prefecture at a depth of about 10 kilometers, the Japan Meteorological Agency said.

There were no immediate reports of injuries or major damage from the quake as of 7 p.m., according to the prefectural government.

The earthquake was also felt in wide areas, including Nagano and Niigata prefectures.

No irregularities were detected at the Shika nuclear power plant and the Kashiwazaki-Kariwa nuclear plant on the Sea of Japan coast in Niigata Prefecture, according to their operators. Operations at both plants have been halted. 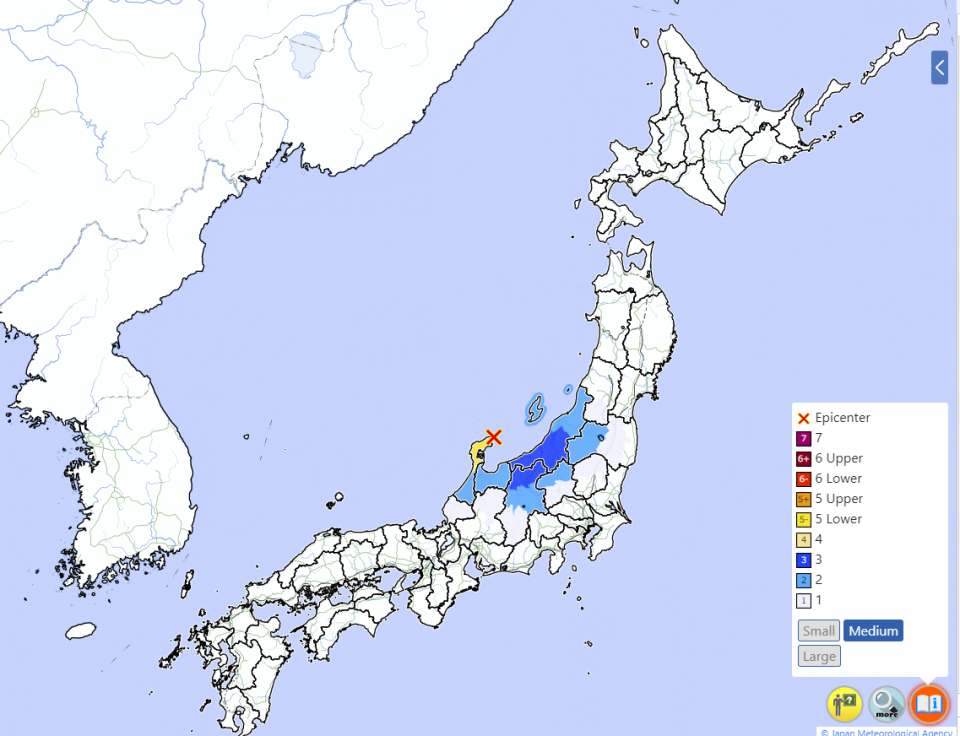