South Korea's Defense Ministry is seeking a 55.2 trillion won ($47.7 billion) budget for next year, up 4.5 percent from the previous year and roughly matching neighboring Japan's.

The plan, unveiled by the ministry on Tuesday, will be submitted to the National Assembly later this week for approval. 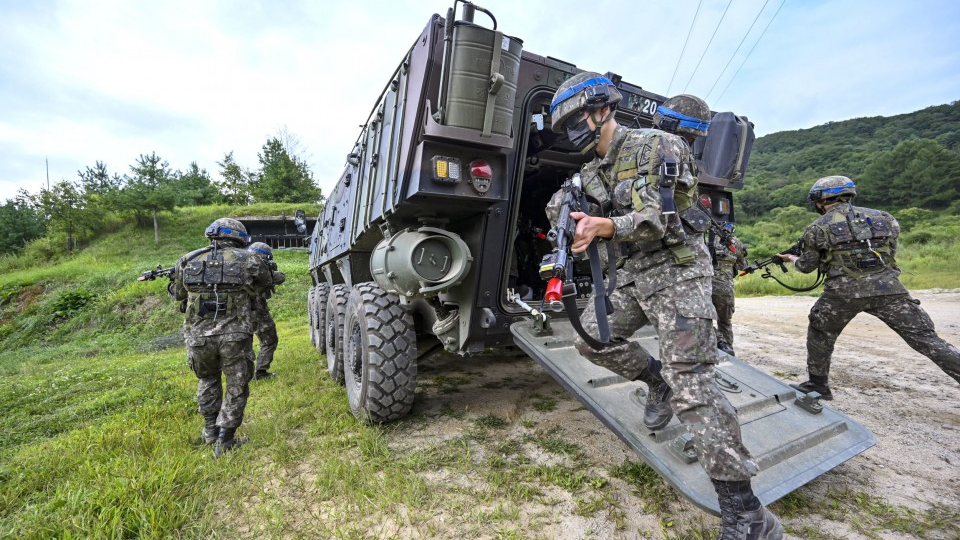 The ministry would allocate about 13.7 trillion won to procure assets like surveillance satellites and ballistic missile early warning radar systems, to upgrade missiles, and to improve capabilities to respond to nonmilitary threats, such as by acquiring a submarine rescue ship.

The ministry's budget request also includes 7.2 billion won for its plan to build a light aircraft carrier by 2033 and 18.9 billion won for an artillery interceptor system similar to Israel's "Iron Dome."

If approved by the legislature, the annual defense budget would show an average 6.5 percent hike during the term of President Moon Jae In, which began in 2017.

Japan's Defense Ministry on Tuesday requested a 5.4 trillion yen ($49 billion) budget for fiscal 2022, aiming to accelerate the enhancement of capabilities in new domains and promote the development of new technologies to deal with China's growing military presence.