The Japanese government on Tuesday formally decided to lift the COVID-19 state of emergency covering Tokyo and 18 other prefectures, as well as the quasi-state of emergency in other areas, as infections have declined from their peak. 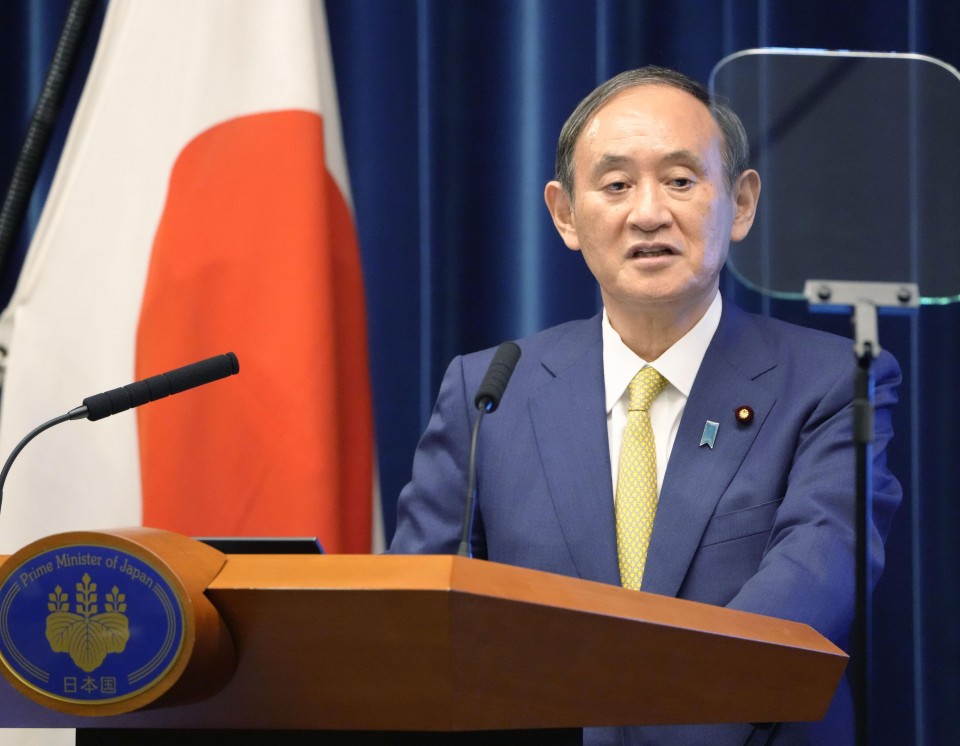 Japanese Prime Minister Yoshihide Suga speaks at a press conference at his office in Tokyo on Sept. 28, 2021, about the government's decision to lift the COVID-19 state of emergency covering Tokyo, Osaka and 17 other prefectures at the end of the month. (Kyodo) ==Kyodo

The government plans to ease restrictions in stages but keep curbs on operating hours of dining establishments for a month, with the governors of each prefecture deciding on which countermeasures should remain and what should be lifted.

Prime Minister Yoshihide Suga said the rapid progress in vaccinations has pushed the fight against the coronavirus into a "new phase" in which restrictions on social and economic activity could be gradually relaxed.

"Going forward, it's important that we balance COVID-19 countermeasures with normal life while preparing for future waves of infections," he said in what is expected to be his final press conference in office before stepping down next week.

The emergency and quasi-state of emergency, with the latter covering eight prefectures, will be allowed to expire on Thursday, following several extensions, after an expert panel gave the green light to the planned easing of restrictions.

Under the state of emergency, people are urged to refrain from nonessential outings and avoid going to crowded places, while restaurants and bars are asked to close by 8 p.m. and not to serve alcohol. 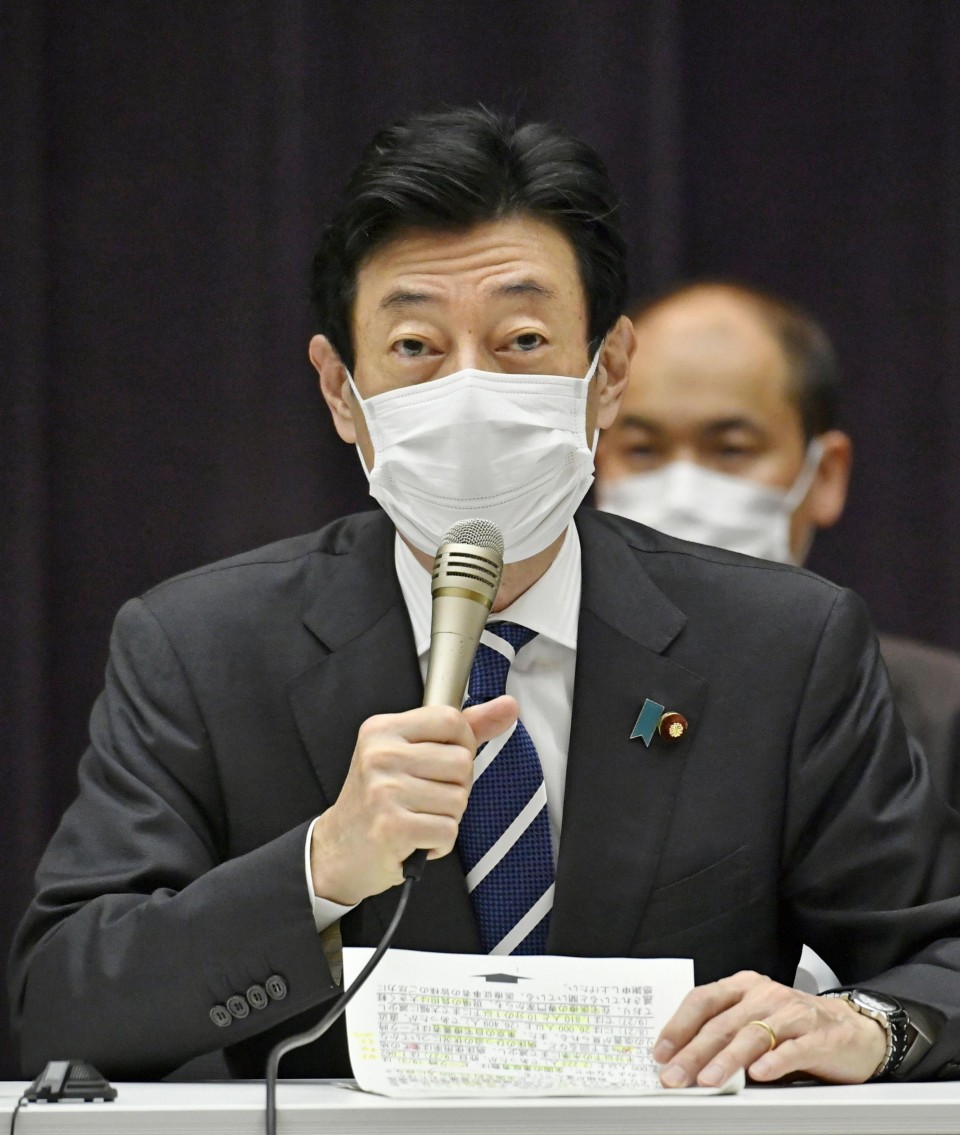 "Serving alcohol will be made possible, but governors will decide on that appropriately," Yasutoshi Nishimura, the minister in charge of Japan's coronavirus response, said at an experts' panel meeting.

For about a month after the state of emergency is lifted, the government will continue to ask restaurants and drinking establishments to close by 8 p.m. and those taking sufficient antivirus measures by 9 p.m. However, they will no longer be asked to refrain from serving alcohol.

Nishimura said such shortening of opening hours will be eased gradually and that businesses that continue to comply with such requests will receive financial support from the government.

The maximum number of spectators allowed for major sporting events will be raised to 10,000 or 50 percent of the venue's capacity from the current 5,000 once the emergency status is lifted, he said.

Japan is also starting to ease quarantine rules for travelers from abroad who have been fully vaccinated, reducing the required 14 days of self-isolating at home after arrival to 10 days from Friday.

Suga said the government will consider relaxing its entry ban on foreigners hoping to study in Japan, though he did not offer a timeline or any other details for the policy change.

Japan is preparing to start administering vaccine booster shots within the year, he said.

Infections across Japan have been falling since hitting a nationwide daily record of 25,867 cases on Aug. 20. A total of 1,723 cases were confirmed on Tuesday, with 248 infections reported in Tokyo a day after the figure in the capital fell below 200 for the first time since March.

Tokyo was placed under its latest state of emergency on July 12, 11 days before the opening of the Olympics, joining Okinawa, the only other area then subject to the measure. Other prefectures, including Osaka and Fukuoka, were placed under it in August.

The decision to lift the state of emergency comes a day before the ruling Liberal Democratic Party selects a new leader to succeed Suga, who announced his intent to resign earlier this month as his Cabinet's approval ratings took a beating over his unpopular COVID-19 policies.

"Thanks to the cooperation of many people, I can lift the state of emergency during my tenure," said Suga at an LDP gathering in the morning. 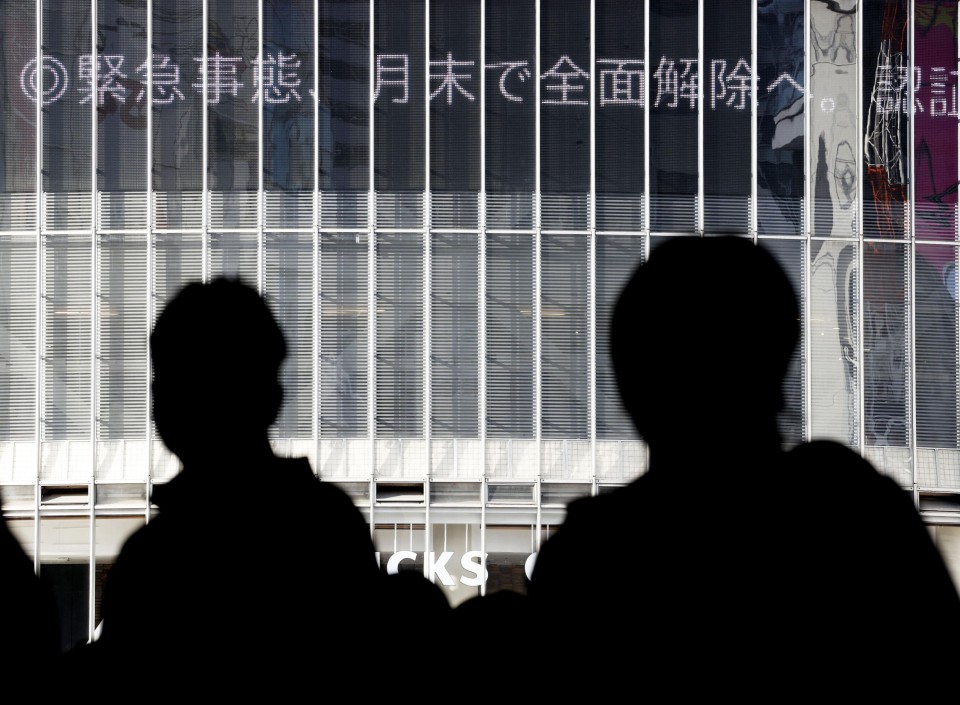 A large screen in Tokyo's Shibuya area shows the news on Sept. 28, 2021 that the Japanese government has decided to lift the COVID-19 state of emergency covering Tokyo, Osaka and 17 other prefectures, as infections have declined from their peak. (Kyodo) ==Kyodo

But Japan still faces the risk of another wave of infections hitting the country as winter approaches.

Shigeru Omi, an infectious disease expert serving as the government's top COVID-19 adviser, warned the public against flouting precautions just because the state of emergency is lifted.

"We can't let our guard down all at once. If we all try to return to normal, there is a high probability of infections going back on the rise," he told reporters.

Nishimura said at the panel meeting if the number of infections was to rise again, the government will take necessary measures, including implementing a quasi-state of emergency.

The health ministry has also been reviewing the country's stretched health care system, aiming to increase the number of temporary facilities to look after COVID-19 patients and secure enough medical personnel in addition to asking existing medical institutions to have more hospital beds available for coronavirus patients. 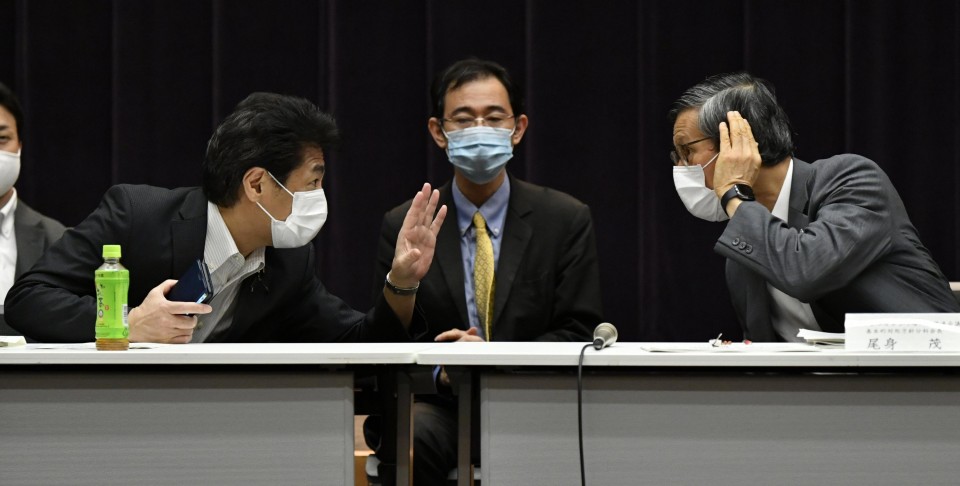 Japanese health minister Norihisa Tamura (L) and Shigeru Omi (R), head of the government's subcommittee on the coronavirus response, attend a meeting with experts in Tokyo on Sept. 28, 2021. (Kyodo) 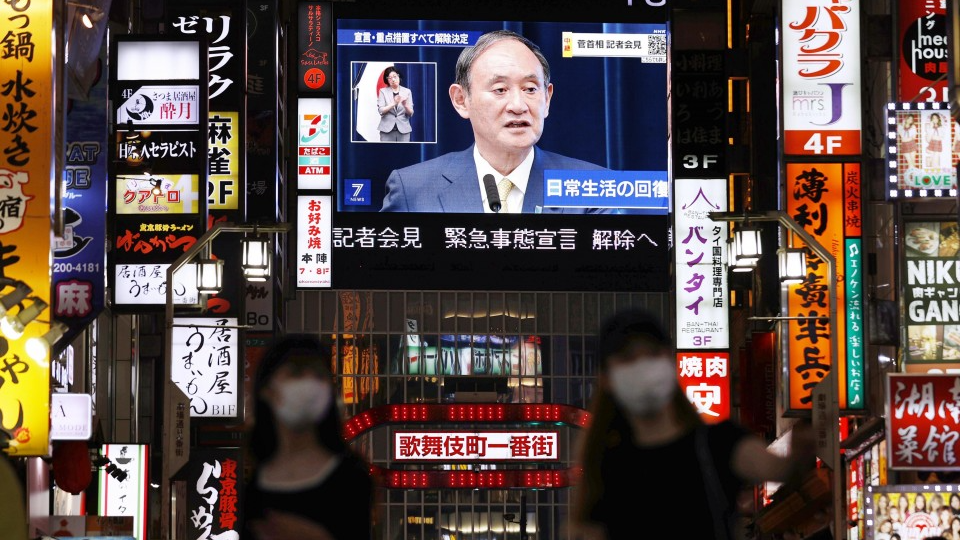 A large screen in Tokyo's Shinjuku area on Sept. 28, 2021 shows Japanese Prime Minister Yoshihide Suga speaking at a press conference, following the government's decision to lift the COVID-19 state of emergency covering Tokyo, Osaka and 17 other prefectures at the end of the month. (Kyodo) ==Kyodo

Biden gets COVID-19 booster shot after authorization for elderly