The move came as President Xi Jinping has been bolstering measures against obscene and violent content and those breeding unhealthy tendencies, such as money-worship, to boost youth development, the official Xinhua News Agency said Wednesday. 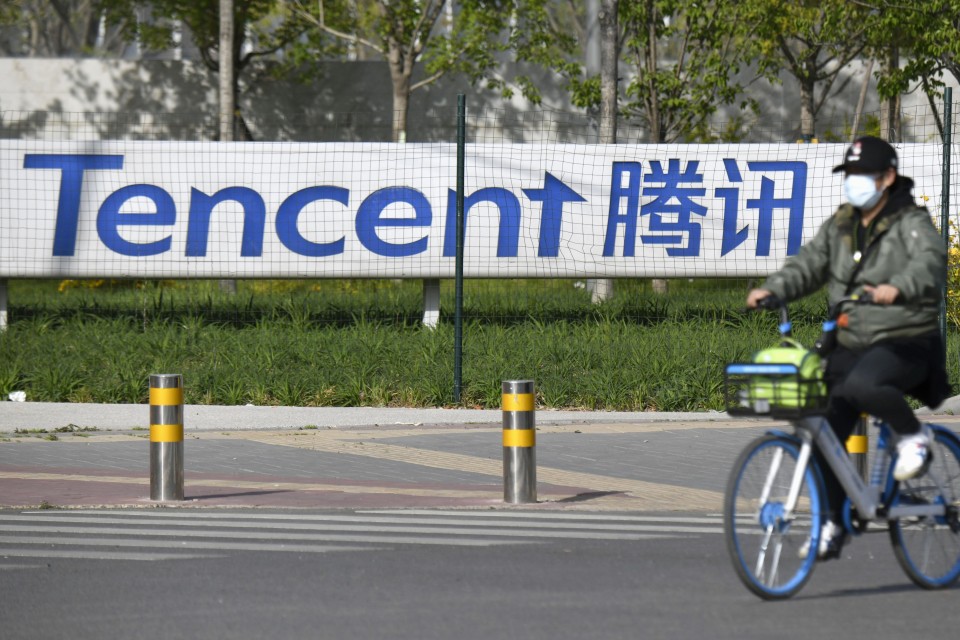 Photo taken on April 14, 2021, shows a logo of IT giant Tencent Holdings Ltd. in Beijing. (Kyodo)

Fears are growing that the corporate performance of IT-related companies would deteriorate down the road, with the Communist-led government starting to tighten controls on online games that Chinese media have recently called "electronic drugs."

There is also concern that Xi may be trying to bring back the 10-year Cultural Revolution initiated in 1966 by then leader Mao Zedong, the founder of modern China, which historians say killed tens of millions of people amid political chaos.

Xi, meanwhile, has pledged to step up efforts to curb the monopolistic behavior and disorderly capital expansion of IT firms in the country, including Tencent, operator of the messaging and payment app WeChat, and Alibaba Group Holding Ltd.

But the Global Times, a tabloid of the ruling party, has argued that the latest regulations aim to establish a market order for fair competition, brushing aside speculation that the government would restrict freedom of economic activities.

WeChat is believed to have more than a billion users globally. In China, many of its users link their bank accounts or credit cards to its cashless payment service.